Uber plans return to Alaska, and this time, its sights are set on more than just Anchorage 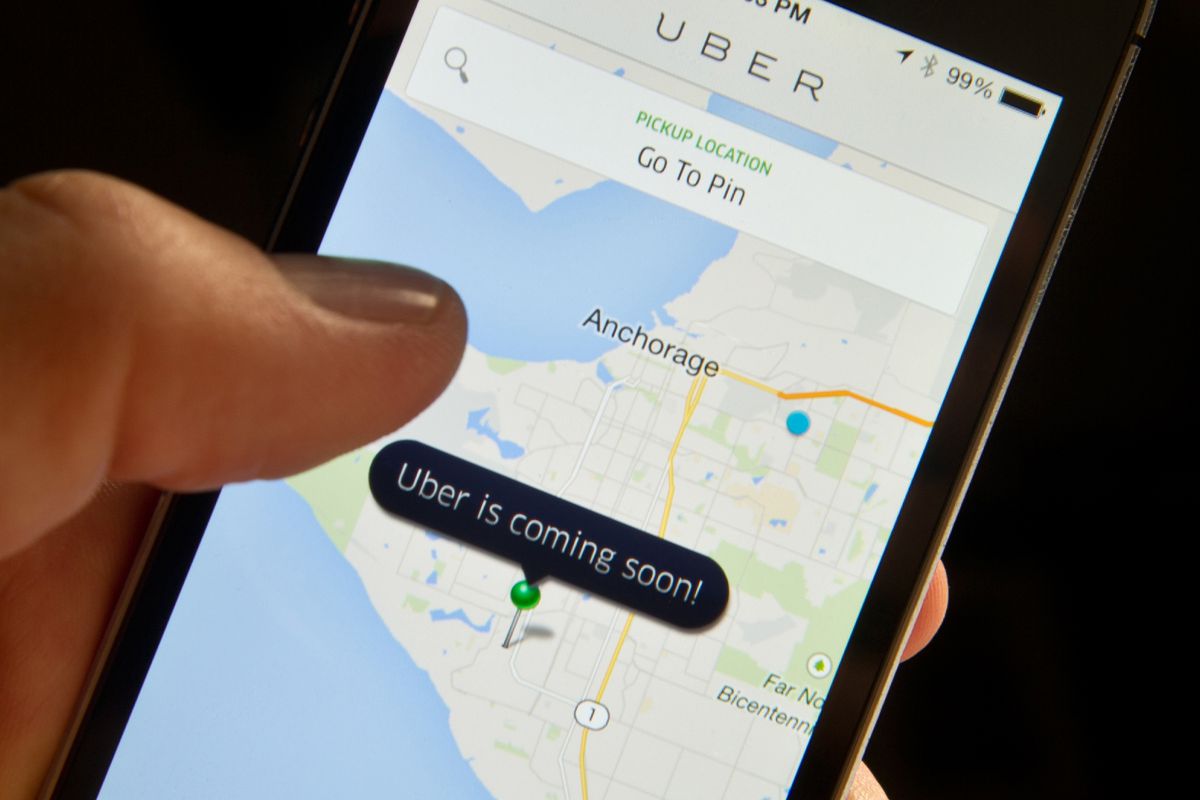 Ride-booking company Uber wants to come back to the Last Frontier.

The popular service, which uses a smartphone app to connect people in need of a ride with drivers for a fee, operated in Anchorage between September 2014 and March 2015 and wants to start up again. This time, it might serve more than just the state's largest city.

"We are in the very early stages of meeting with people and gathering information, and we look forward to potentially returning to Anchorage at some point in the next couple of years," said Brian Gebhardt, a general manager for the San Francisco-based company, in an email.

He also said Uber is open to "opportunities across the state" outside of Anchorage, and wouldn't say specifically who he met with.

Andrew Halcro, executive director of the Anchorage Community Development Authority, said he met with Gebhardt for lunch this week.

"They feel that there is, no doubt, a market here," Halcro said, adding there are too few cabs on the road in Anchorage. "Alaskans need a transportation choice."

He also said wariness about Uber the first time around was warranted.

"There was some legitimate criticism about how they just sort of showed up and started hiring drivers without really talking to anybody," he said. "They're taking a new approach. They want to engage lawmakers, city officials. … They're changing their position, from what I understood, to a more state-centric approach."

Uber created a stir when it came to Alaska in late 2014 in part because the company refers to its drivers as independent contractors, not employees. That led to concern from the Alaska Department of Labor and Workforce Development that those drivers didn't have workers' compensation insurance.

Uber ended up paying $77,925 to the Labor Department as a settlement in a dispute over whether the company should have been penalized for failing to pay for workers' compensation insurance for its Alaska drivers.

As part of that settlement, the ride-booking company agreed it wouldn't return to Alaska unless state law is amended to explicitly exempt technology network company drivers from such insurance requirements, or Uber gives notice to the Labor Department before starting up again to discuss its business structure.

The Anchorage Assembly had formed a committee to craft changes to local law to allow Uber to operate in the city. But that work wasn't completed by the time Uber pulled out of the state, said Assembly member Bill Evans.

"I'm supportive of it," Evans said. "I think it's very important we bring Anchorage into the 21st century with these types of innovations."

Tension between Uber and local governments as well as traditional taxi companies is not unique to Anchorage. Other cities across the U.S. have had to adopt laws and regulations for ride-booking companies. In Austin, Uber and Lyft recently left the market over rules for such companies, the Austin American-Statesman reported.

Gebhardt said the company hasn't made any final decisions about which political consultants it might work with the second time around. There's no lobbyist registered as working with Uber this year, according to the Alaska Public Offices Commission website.