The US will now measure the economic impact of outdoor recreation. What does that mean for Alaska? 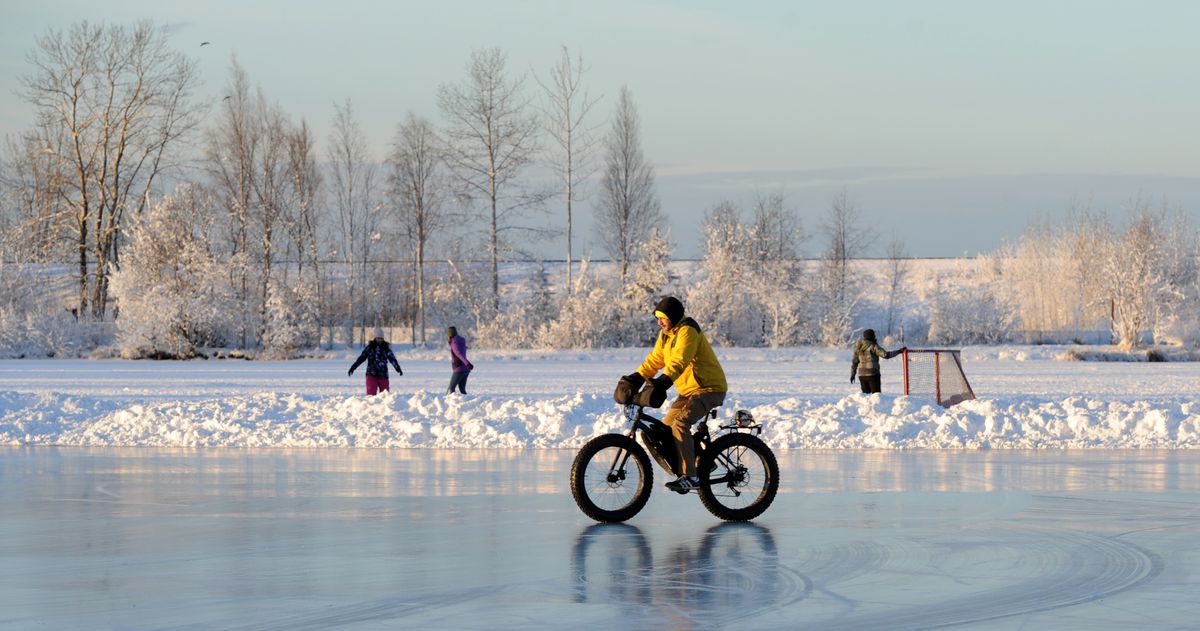 The many industries that support outdoor recreation have a significant impact on Alaska's economy, but tracking that impact has been a mostly scattered endeavor. Now, new federal legislation will ferret out exactly how much the outdoor industry contributes to the national economy.

The Outdoor Recreation Jobs and Economic Impact Act of 2016 directs several agencies to conduct "an assessment and analysis of the outdoor recreation economy of the United States and the effects attributable to it on the overall U.S. economy." President Barack Obama signed the bill into law in December.

Some in Alaska say it will be useful in the future as a way to show the role the outdoor industry plays here.

"I'm excited about it because it's always fun to be able to understand the economy more, and we know it's important in Alaska, relatively speaking, compared to other places," said Neal Fried, a state economist.

Tom Howells is the chief of the industry analysis division at the U.S. Bureau of Economic Analysis, which will pull together the data to measure this new category. He said it will be a year or two until the first national figures are available, with the potential for creating state-by-state figures after that.

It will take a lot of work for the agency to understand how different facets of industries like tourism and retail, for example, fit into the outdoor recreation economy.

"Certainly it's the case that (right now) we are capturing everything associated with outdoor recreation," Howells said. "It's captured (in economic data) but it's not highlighted, not easy to see. There's a lot of folks who want to see that separated out and be able to compare that to the total."

Some reports have already examined the economic impact of outdoor activities in Alaska. A report last year from consulting firm ECONorthwest — commissioned by Pew Charitable Trusts — found that recreational activities such as hiking, fishing, camping and hunting had a $47 million spending impact in Alaska in 2014. A U.S. Interior Department report on visitor spending at Denali National Park and Preserve found that "park visitors in 2008 spent $104 million in the Denali region."

But the new national measurement will be much more comprehensive. It might be challenging to quantify exactly which parts of tourism, the cruise industry, retail, hospitality and other industries will count as part of the outdoor recreation economy, Fried said.

"There's a lot of moving parts," he said. "Hotel rooms? What about snowmachines? How about dog sleds? It'll be interesting to see what they (include). Some things are much easier to measure than others. Like dog sledding — how are they going to capture that?"

Measuring the economic impact of the outdoor industry might help some businesses and government agencies from a marketing or lobbying perspective.

"I think it has a large impact on Alaska because you can look at what impact that has on the state and it can help promote certain projects," said Britteny Cioni-Haywood, director for the division of economic development at Alaska's Commerce Department. She said the state doesn't comprehensively track the economic impact of the entire outdoor industry.

One example of a project that might be bolstered by such data is a trans-Alaska trail proposed by state Rep. Jonathan Kreiss-Tomkins, D-Sitka, to run along the trans-Alaska pipeline.

At the national level, advocates of the outdoor recreation industry see the move as crucial for growth in the future.

"We will have our gross domestic product statistics on outdoor recreation for the first time from government data," said Jessica Wahl, government affairs manager for the Outdoor Industry Association, a Boulder, Colorado-based trade group. "That's going to help us have more certainty around our business growth and success, and have impact on policymakers when it comes to decisions about public lands."

The signing of the bill into law is "groundbreaking" for the sector, Wahl said, because it takes it from the "nice-to-have" category to "need-to-have" when it comes to how the industry tips the economy.

"We think the economic benefit of outdoor recreation to Alaska is pretty big," she said, "and we hope this study will validate that."