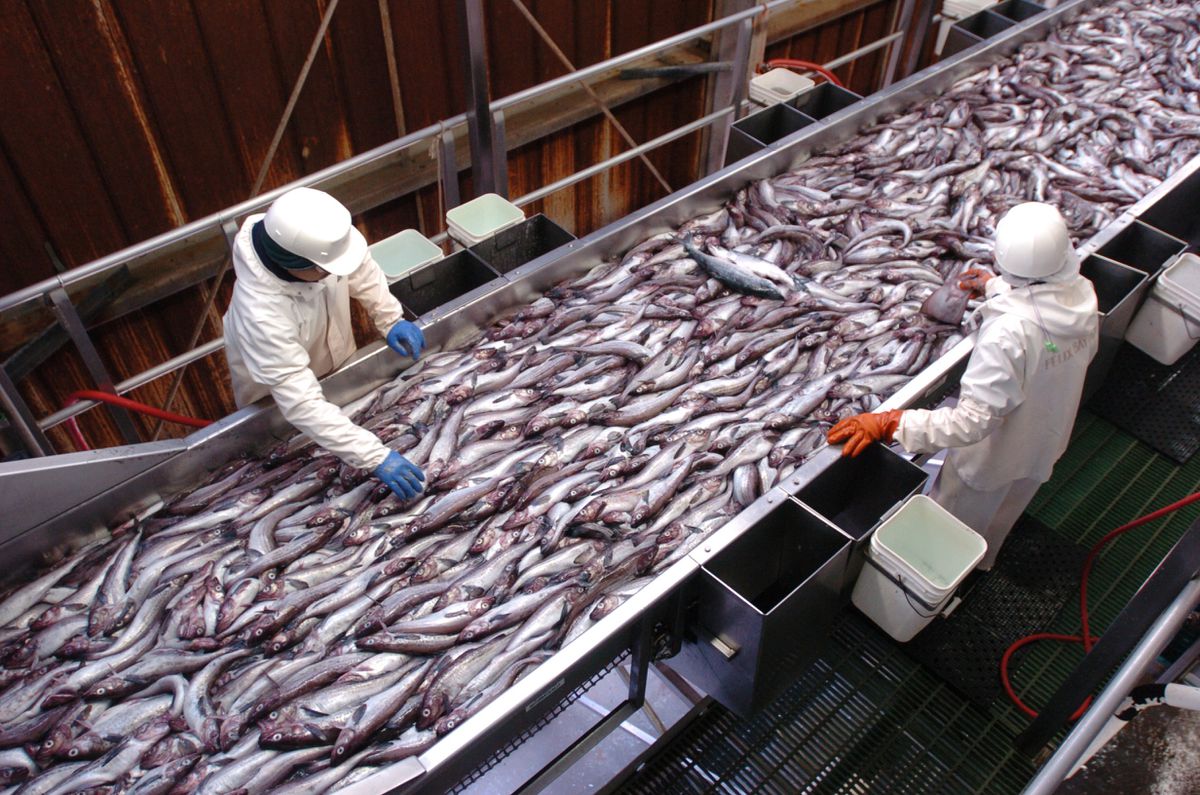 Alaska seafood exporters are disappointed by President Donald Trump's decision to officially withdraw from a sweeping trade agreement among Pacific nations that would have eradicated import duties imposed by Japan and other countries on pollock and salmon, the two fish species that bring in the most revenue and create the most jobs in the industry.

The Trans-Pacific Partnership, which would have been former President Barack Obama's signature legacy on trade, would have helped the pollock industry by cutting import taxes of 4.2 percent to zero in Japan, the largest consumer of pollock surimi and roe. Japan imports $248 million of Alaska pollock annually.

Existing tariffs on red salmon imported to Chile, Japan, Mexico and Vietnam also would have been removed, according to the United Nations Conference on Trade and Development.

Smaller fisheries would also have benefited. The 6 percent tariff on Pacific cod going into Japan would have been eliminated, said Chad See, executive director of the Freezer Longline Coalition. He said the freezer longline fleet exports about $75 million in Pacific cod, or the bulk of the catch, to Japan each year.

"We're disappointed that the reduction in tariffs did not take place," said Ron Rogness, a spokesperson for American Seafoods, an Alaska pollock processor based in Seattle.

The company's imitation crab products compete against those from Thailand, which exports surimi made from threadfin bream. Rogness said the Thai fisheries are not as well-managed as those in Alaska.

"Those fisheries are overfished and subject to illegal fishing and yet those products can come in duty-free to Japan," he said.

The trade pact would have given Alaska pollock roe a clear advantage over roe from Russia, which was not part of the trade deal, Rogness said.

American Seafoods was one of several members of the Alaska seafood industry, which is largely based in Washington state, to sign a letter from the Washington Council on International Trade in support of the Trans-Pacific Partnership.

"With higher labor and environmental standards in the Alaska fisheries, not to mention the strong dollar that creates headwinds for U.S. exports, the tariff reductions negotiated under TPP were important," Jim Gilmore, spokesperson for the At-sea Processors Association, wrote in an email.

Alexa Tonkovich of the Alaska Seafood Marketing Institute also noted "TPP would have been a win" for the industry because it included major trade partner Japan as well as growing trade partners such as Vietnam. It also had potential to help Alaska seafood expand into other countries in the future.

Trump's decision was no surprise. Congress had already indicated it would not ratify the agreement and Trump himself campaigned on promises to nix the 12-nation free-trade pact. He signed an executive order withdrawing the U.S. from the agreement on Monday.

While economists tout free trade as a net economic gain for countries by lowering consumer prices and making exports more competitive, the removal of tariffs and other trade barriers can be better for some industries, regions and demographic groups and worse for others.

As an export-heavy industry, Alaska seafood's interests appear to be aligned with the U.S. beef industry, a vocal supporter of the trade pact. Both groups hope the Trump administration, which has voiced a preference for bilateral over multiparty trade deals, will come up with a Japan agreement that allows their products to be more competitive there.

"(Commerce Secretary nominee) Wilbur Ross testified last week at his confirmation hearing before the Senate Commerce Committee that he looked favorably on bilateral agreements, so we will follow-up to see if there are thoughts within the administration of approaching Japan as a partner, and if so, whether that's an approach of interest to Japan," Gilmore wrote. "Mr. Ross also specifically cited an interest in increasing U.S. seafood exports, so we have that shared interest."

See called the death of TPP "a missed opportunity for us to increase the competitiveness of Alaska fisheries on the global market."

He hopes the administration will take the time to examine the specific provisions within the TPP and consider reaching agreements with Japan to allow for tariff reductions.

"That would be a big step forward and would get back what was lost by pulling out of the TPP," See said.