Has your boss asked you to lie? Here's what to do instead 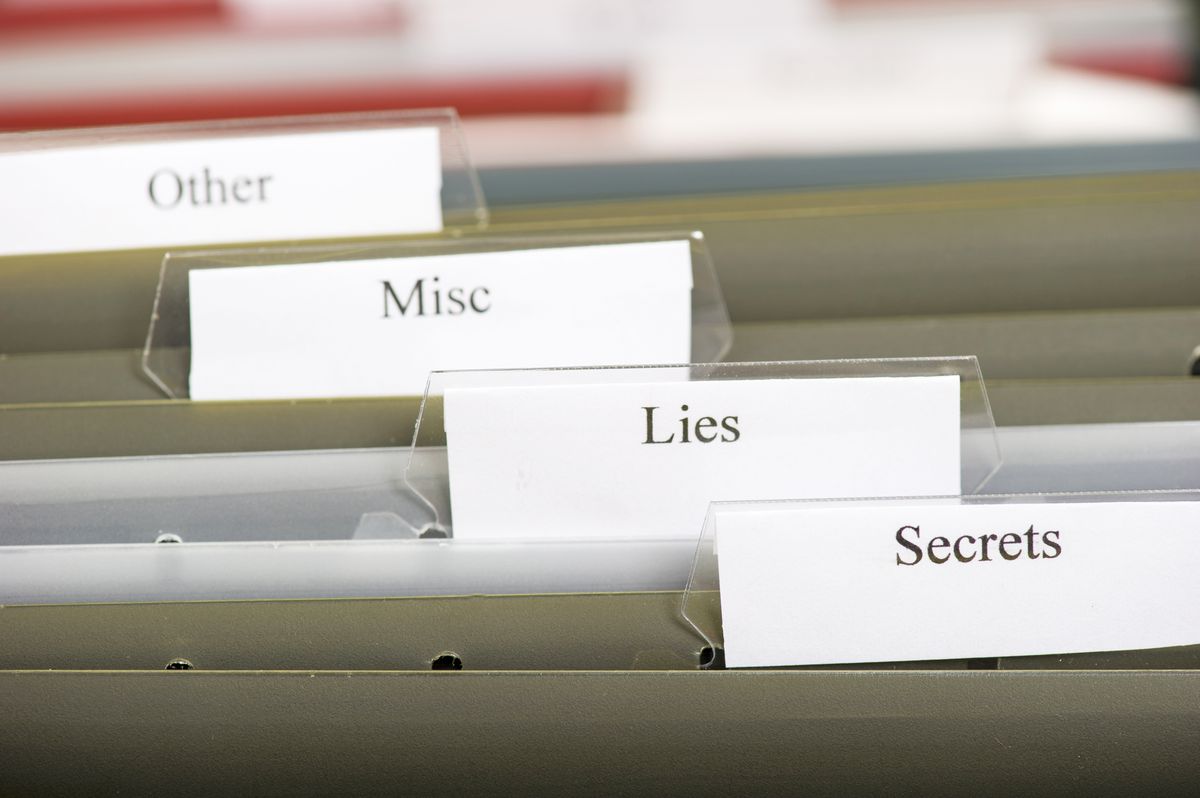 You don’t have to lie for your supervisor — but if you’re asked to, you should take steps to protect yourself. (Getty)

You don’t have to lie for your supervisor — but if you’re asked to, you should take steps to protect yourself. (Getty)

Q: When I got hired at my company, the human resources department interviewed me and sent me into my now boss' office for a "final interview." He asked only one question, if I knew how to "run interference" for my supervisor. I answered, "Absolutely, I'm the mom of a football player, and know what blocking and tackling mean." I thought he meant holding calls when he didn't want to be interrupted and handling other problems so he could concentrate on more important matters.

Two weeks into my job, my boss asked me to tell his wife he was "out of town" if she called the office. When I said, "I didn't know you'd be traveling," he said, "I'm not, but that's what I want you to say."

I've never lied for a boss. What do I do?

Meanwhile, document this interaction, visit HR and look for a new job. When a supervisor asks an employee to lie, he abuses his position and that's a problem your company needs to handle. You, however, may be better off out of there.

Q: When we fired "Earl" this morning after he screamed at his supervisor on two separate occasions, we were ready for him to blow up. Instead, in an eerily calm voice Earl told us that our firing him would give him everything he wanted, because he could then sue us. Earl said he had bipolar disease and we were violating the Americans with Disabilities Act because he was being unfairly terminated.

We told Earl that he wasn't being fired because of any disability and hadn't even known there was a "bipolar issue." We were firing him because we placed him on a performance improvement plan the first time he'd screamed abusive insults and then he did it again. We added that he'd also been rude and aggressive to co-workers.

Earl laughed in our faces and played a recording he had on his smartphone in which his supervisor referred to him as "that bipolar guy."

A: He can sue, though he might not win.

Bipolar affective disorder is a disability, offering "qualified" employees affected by this mental disorder protection under the ADA. To be "qualified," employees have to be able to perform the essential functions of their job, with or without reasonable accommodation.

Your supervisor's casual comment potentially drags your company onto thin ice. According to the Equal Employment Opportunity Commission (eeoc.gov/laws), disability discrimination can occur when an employee is treated less favorably because he has a disability, a history of a disability or is believed to have a mental or physical impairment even if he doesn't.

Based on what you've outlined, however, Earl likely fails to meet the "qualified" standard. Courts have routinely ruled that the "ability to get along with others," "mental stability" and "ability to handle stress" are all essential job functions. In Walz v. Ameriprise Enterprises, when Ameriprise terminated Marissa Walz, a bipolar employee, despite her mostly positive performance reviews, the court ruled that while an employer must make reasonable accommodations for a disabled employee, it doesn't need to tolerate misconduct that would result in the termination of a nondisabled employee. The court ruled in Ameriprise's favor, given that Walz's bipolar disorder caused her to "interrupt meetings, disturb her coworkers, disrespect her supervisor" and act rudely, aggressively and erratically.

If you've accurately documented Earl's behavior, including the performance improvement plan you placed him on, and can prove that Earl's job requires that he get along with others — and if there aren't other facts out there you don't yet know — you have a good chance of prevailing should Earl sue.