Alaska Railroad lays some blame on Anchorage for $4.4M loss in 2016 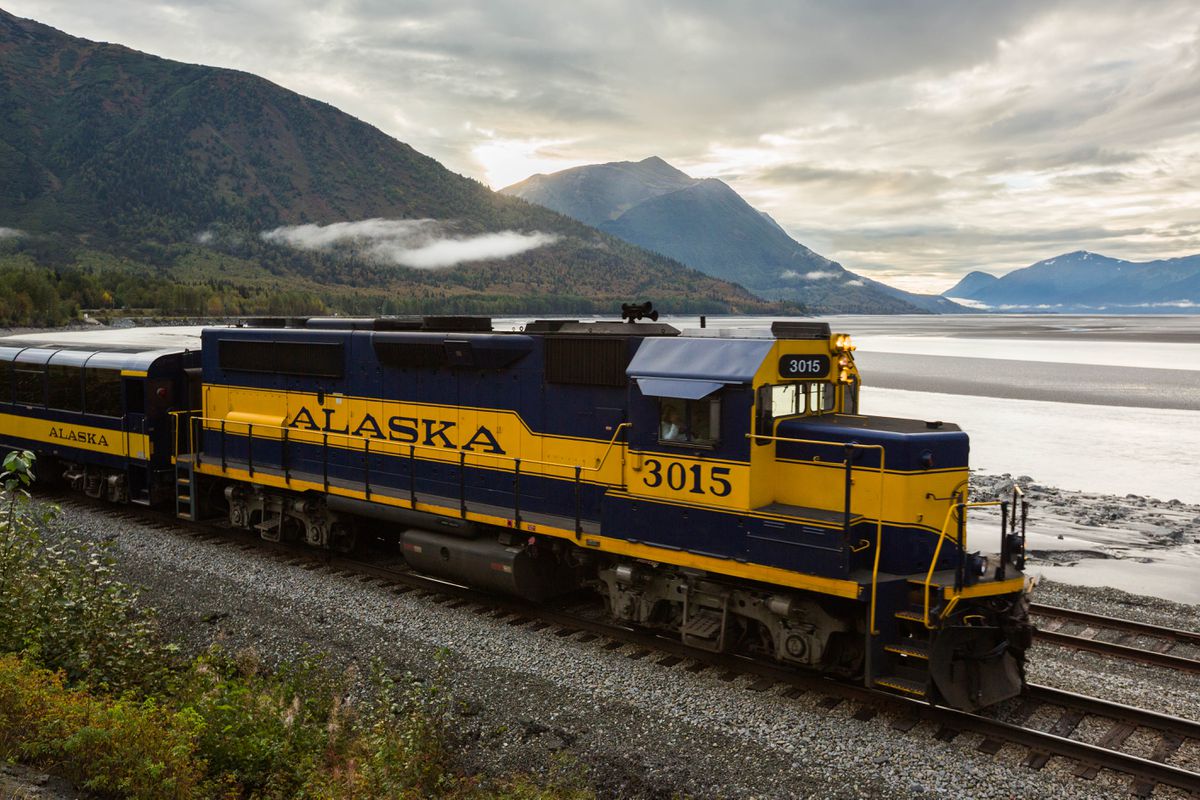 Last year was a hard one for the Alaska Railroad Corp.

The state-owned corporation reported a net loss of $4.4 million in its 2016 annual report released this week, its first annual loss since 1999. In a news release, the railroad said the loss was the result of "continued declines in historic freight lines" and an impasse with the Municipality of Anchorage on how to split about $15 million in federal transit funds.

The head of the Alaska Railroad and the mayor of Anchorage both had strong statements about those disputed federal funds — and the stalled negotiation that has accompanied them.

The railroad said in its report that the municipality "refused" to enter into an agreement on splitting annual funds the city and corporation receive from the Federal Transit Administration, leaving that money frozen.

In 2014 and 2015, the FTA funding to be split between the railroad and city was $14 million and $13.7 million respectively, said Lance Wilber, director of the city's Office of Management and Budget, in an email. Both years, the railroad got 68 percent of the funds and the city received 32 percent, Wilber said.

Though Anchorage Mayor Ethan Berkowitz signed off on splitting the funding in 2015, he wanted to come up with a different agreement last year, said his spokesman Myer Hutchinson. But no agreement was met in 2016, so neither party got any of the money.

"If it weren't for the unreasonable actions of the Municipality, which caused the delay in receiving the FTA formula funds, we would have ended the year with $3 million of net income," said railroad board chair Jon Cook in the railroad's statement.

Berkowitz pushed back hard against the railroad in an interview Wednesday and said the city has put several offers on the table in negotiations, but that the railroad hasn't responded.

"They might be used to strong-arming or bullying the other people they work with," he said, "but that's not going to work with the Municipality of Anchorage. … They're in the movement business. They have to move at the negotiating table as well."

He said he wants the division of the funding to reflect the purpose of the federal money, "which is to serve urban transportation needs."

Railroad CEO Bill O'Leary on Wednesday said that "negotiation on this is problematic for us," because "the railroad will be harmed by any change." He said the corporation has had "a number of discussions" with the city. But talks haven't gone anywhere.

"Our expectation is that the municipality agreed to split the funds based on past practice that's been employed for the last (11) years," said Cook. "That's our expectation. …  I can tell you, from the board standpoint, there has not been any kind of reasonable proposal that has been placed in front of us."

O'Leary said that one proposal put forth verbally by the city was a 50-50 split of the funding.

"It's now a case of who will blink first, I guess," he said.

In addition to the battle over federal funding, the railroad last year saw freight revenue drop 16 percent compared to 2015, and more than 44 percent since 2008. A number of factors, including a 23 percent drop in petroleum product shipments to the Interior compared to 2015 and a collapsed coal market, played a role, the railroad said.

"We've gone to great lengths to reduce expenses," Cook said in this week's news release. "Particularly by scaling down freight operations to match the unprecedented decline in our revenue stream and by identifying initiatives for improvement and cost reduction."

The railroad has recently made cuts and tried to bring in new revenue amid the squeeze from Alaska's slowed economy. Last month, the railroad cut nearly 50 positions. In March of 2016, it sought bids for a locomotive leasing program in response to declining freight.

In 2015, O'Leary said the corporation was exploring new ways to generate revenue, such as real estate deals. A condo development in Anchorage's Ship Creek neighborhood is now planned for 11 acres of land owned by the railroad.