Alaska Dispatch News will outsource printing of newspaper to Mat-Su 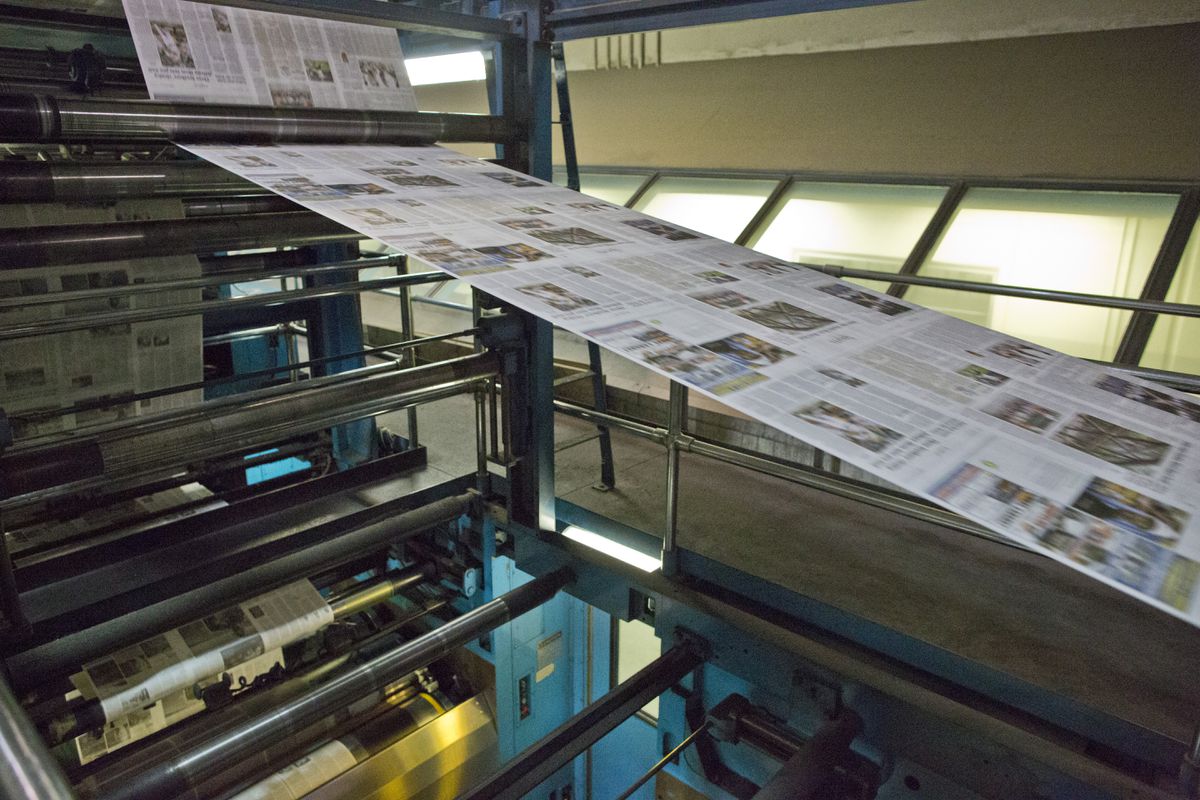 The company that owns Alaska Dispatch News has reached an agreement to outsource the printing and packaging of the newspaper to a printing facility in the Matanuska-Susitna Borough, a move that resolves a huge challenge facing the business.

Ryan Binkley, a member of new Alaska Dispatch News owner Binkley Co. LLC, said Thursday the company has a new multiyear agreement with Arizona-based Wick Communications to print the newspaper at Wick's plant outside Wasilla. The change will happen sometime in mid-October.

"It's going to help our bottom line," Binkley said. "It's cheaper to do it this way. It's counterintuitive to think you'd go out to the Valley to make it cheaper, but it is."

It's not clear yet if moving printing operations to the Mat-Su from Anchorage will affect delivery times for the newspaper, Binkley said.

"There might be a slight impact to delivery times," he said. "Certainly there will be a transition period where we're getting up to speed where they could be impacted. We haven't got that far yet."

The question of where to print Alaska Dispatch News has been a major problem for the organization under both its previous owner, Alice Rogoff, and since the Binkley group bought the business as part of Chapter 11 bankruptcy proceedings.

The newspaper currently prints in an East Anchorage building on Northway Drive that's owned by telecommunications company GCI. In mid-August, when Rogoff still owned the paper, GCI sued Alaska Dispatch News to evict its operations from that facility, saying it was owed unpaid rent and utilities. Alaska Dispatch News filed for bankruptcy protection a day later. The building housed the Anchorage Daily News starting in 1986 but was sold to GCI by Rogoff when she purchased the newspaper from McClatchy Co. in 2014.

Eviction from that site could have debilitated the company's operations, according to August bankruptcy filings.

[GCI sues to evict Alaska Dispatch News from press facility, says it's owed for back rent and utilities]

The new owners of ADN had since negotiated with GCI to stay in the building for about another year, Binkley said.

"It starts to get more and more expensive the longer we stay," he said. "So, we wanted to move quickly. No reason to prolong the inevitable. We knew it was never a long-term solution."

Even with the extra logistics of printing farther away, the move is still worth it, Binkley said.

"Because of the efficiencies that we can gain by collapsing operations under an existing press operation, by shedding rent, utilities, it actually is going to be a positive economic move for the newspaper," he said.

GCI spokeswoman Heather Handyside said the company had not yet received notice from ADN about ending its lease at the Northway building.

"If they have reached an agreement to print at an alternate location, that is completely consistent with the short-term lease they have with us," she said. "They can terminate the lease any time as long as they give 48 hours notice."

GCI has a "personal guarantee" from Rogoff to cover the costs of removing the press from the Northway building, Handyside said. GCI won't be pursuing the eviction at this time, she said, because the Binkley group's lease is in good standing.

Binkley said his company "looked at every possible option" for a printing press in the Anchorage Bowl. Another possibility was a site on Arctic Boulevard that Alaska Dispatch News, under Rogoff, had leased for printing operations but where construction had fallen behind. It was never operational.

"Until just the other day we thought there might be a chance to resurrect it but there just wasn't, not in this time frame," Binkley said.

He said the hope is that employees on the production side at Alaska Dispatch News will be able to work for Wick.

“I don’t know if I’d call them layoffs so much as, there will be work for a period of time and then transfer people interested over to Wick,” he said.

Wick owns the Mat-Su Valley Frontiersman, the Anchorage Press, The Eagle, which serves Eagle River and Chugiak, and the Talkeetna Press, said Dennis Anderson, regional publisher of Wick's operations in Alaska. Wick also does printing and advertising sales for the Arctic Warrior, which serves Joint Base Elmendorf-Richardson.