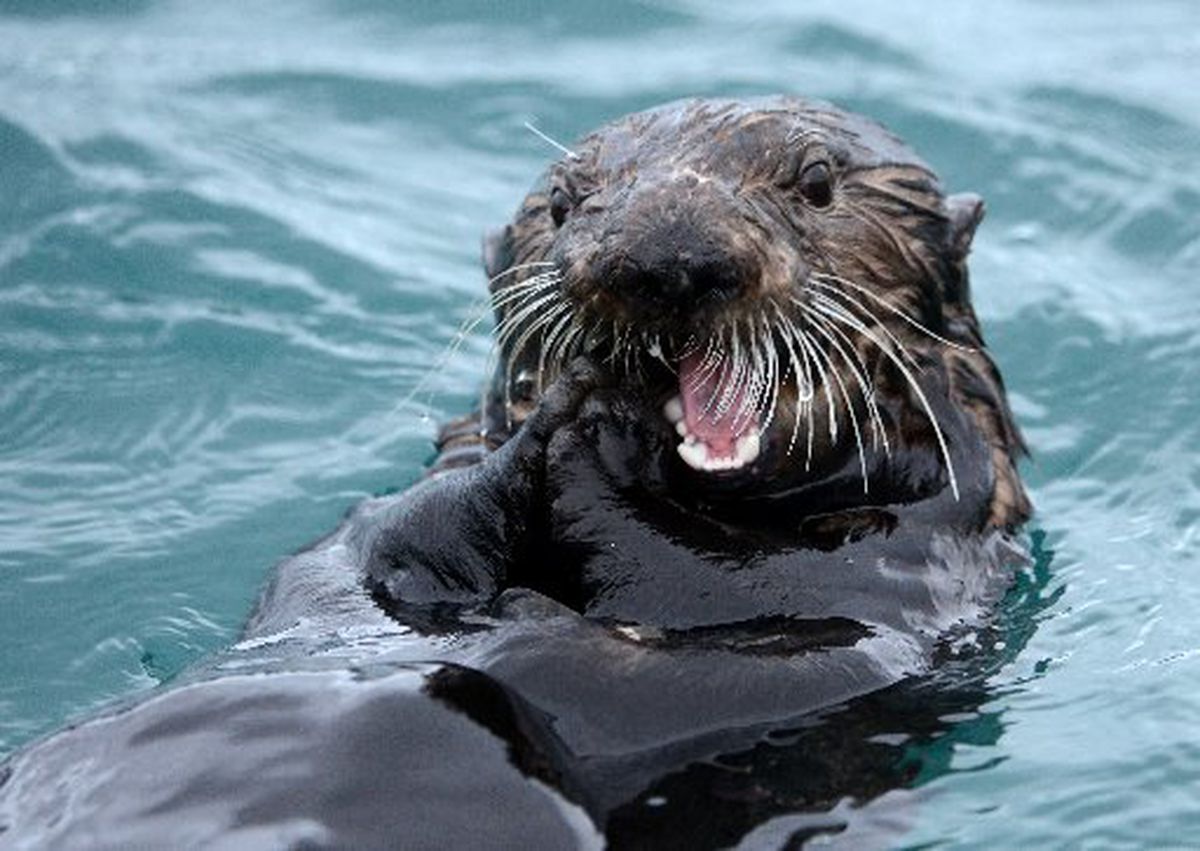 Sea otters and their devastating impacts on Southeast Alaska shellfish were among the many emotionally charged topics at the state Board of Fisheries marathon meeting running from Jan. 11 to 23 in Sitka. The board was set to address 153 proposals for state subsistence, commercial, sport, guided sport and personal use fisheries for the Southeast and Yakutat regions.

Crabbers and fishermen who dive for lucrative sea cucumbers, geoduck clams and urchins again pleaded for changes to regulations to help protect their livelihoods from the voracious appetites of growing numbers of otters throughout the region.

Olivia Olsen, who operates Alaskan Quota and Permits in Petersburg, summed up the problem in a previous conversation, saying, "Sea otters are really causing havoc. They are moving in and moving north and just wiping out the grounds behind them. It is a definite problem, a major problem."

[Why would anyone want to shoot a sea otter?]

About 400 sea otters were reintroduced to Southeast in the early 1960s after being nearly wiped out by fur traders. A 2012 estimate put their numbers at 25,000 and at a reproductive rate of 12 percent a year, the population likely tops 40,000 animals today.

A 2011 report by the McDowell Group (the most recent analysis) said otter predation has cost the Southeast economy more than $28 million in losses to the Dungeness crab and dive fisheries since 1995.

The report concluded that those fisheries and large populations of sea otters cannot coexist in the same waters, adding: "Once commercially viable numbers of geoducks, urchins, sea cucumbers and crab are gone, they are not likely to return while sea otters remain."

In testimony to the board, Kyle Hebert, dive fisheries research supervisor for the Alaska Department of Fish and Game, called sea otters "the greatest threat to the future of the dive fisheries" and said that fewer areas are now open, with declines continuing in southern regions.

"Although geoduck clam and sea cucumber areas are still open in this area, the populations are steadily declining and with each survey that we conduct, we expect commercial harvest opportunities to drop," Hebert added.

Sea otters are listed as a protected species under the Marine Mammal Protection Act. Nearly 20 Southeast organizations, municipalities and Native groups have asked for management changes to the federal sea otter plan so that it interprets the Act for an ecological balance of all species, including humans.

Many urge that the state take over otter management from the U.S. Fish and Wildlife Service, which they criticize "for doing nothing to rectify or implement a sustainable management policy since the mid 1990s."

The Ketchikan Borough has suggested that more Alaska Natives be allowed to hunt otters; they are the only ones allowed by law to do so. Only about 1,200 are taken annually, which does not keep up with the otter birth rates. In a 2017 issue paper, borough manager Ruben Duran suggested that the blood quantum (percentage) for Alaska Natives be reduced from 25 percent to 6.25 percent to allow for more hunting.

The continued loss of revenue through lack of sustainable otter population management, Duran said, is likely to remove over 650 fishermen and other full-time related jobs in the region.

Most decisions on sea otter management are beyond the purview of the state Board of Fisheries. Member Orville Huntington suggested that the otter population will eventually limit itself.

"I think nature will take care of itself at some point," he said.

The 2016-17 Southeast Alaska sea cucumber fishery was valued at $5.3 million to fishermen, geoduck clams at nearly $3 million, over $7 million for Dungeness crab and $677,000 for red urchins.

Seven people have applied for a seat on the Commercial Fisheries Entry Commission.

Five of the applicants are from Juneau, including previous CFEC employee Yvonne Fink. Carol Petrabourg and Jeff Kasper are Department of Fish and Game Juneau employees. Dale Kelley is longtime director of the Alaska Trollers Association and Jim Sepal is a marine surveyor.

The CFEC, which oversees a staff of about 20, was created by the Legislature in 1972, mostly as a means to control entry into salmon fisheries. It now regulates 68 fisheries including herring, crab, state water sablefish, shrimp and dive fisheries. The commission also issues and transfers annual fishing permits and licenses, rules on any appeals and collects commercial fishing data.

The new commissioner will join one other: Fate Putman, a Juneau attorney and  lobbyist. Current CFEC chairman Bruce Twomley, who has served for 35 years, will step down in March. He called the work of the CFEC "vital."

"Without commissioners being able to pay attention and respond to emergency situations, fishing time is going to be lost for sure. This remains a demanding job. And it's all about getting fishermen in the water," Twomley told radio station KHNS in Haines.

Gov. Walker will make a selection in coming weeks. His choice must then be approved by the Legislature.

The whole point of catching fish is to get people to buy and eat it, both at home and at restaurants.

Here are some of the latest trends for 2018, according to a Seafood Keynote report by Datassentials, a national market tracker. It combines the opinions and behaviors of more than 1,000 consumers and hundreds of restaurant, retail, and onsite operators.

Salmon remains Americans' most seafood popular choice, but diners are interested in branching out to other fish and shellfish.

Seafood also is becoming increasingly popular for breakfast and brunch, thanks to popular dishes like shrimp and grits, crab Benedict and salmon frittatas.

One-third of the operators said seafood sales increased over the past year. Two out of five said positioning seafood as a healthy, better-for-you choice is the most effective way to market it.

The trend for seafood at more upscale restaurants is growing, but declining in fast food.

Frozen seafood is perceived to have great value, more convenience and a longer shelf life. "However, many consumers and restaurant operators still prefer fresh seafood, which means that there are opportunities for frozen seafood suppliers to educate restaurant buyers on specifics such as how quickly the fish was frozen and the story of where it was sourced," the Keynote Report said.

More consumers want to know where their foods come from. In a big plus for wild seafood, they also are seeking non-genetically-modified foods "in droves."

People are demanding natural foods with fewer additives of anything, and are reading labels like never before.

Healthy and light entrees are expected to grow at a faster rate through 2018, another opportunity for seafood.

Touting seafood sustainability is still a rarity on U.S. menus, said Datassentials. Just over one percent use the word on menus, nearly three times higher than 5 years ago. The word "wild" is featured on over 9 percent of U.S. restaurant menus and "local" at nearly 5 percent.