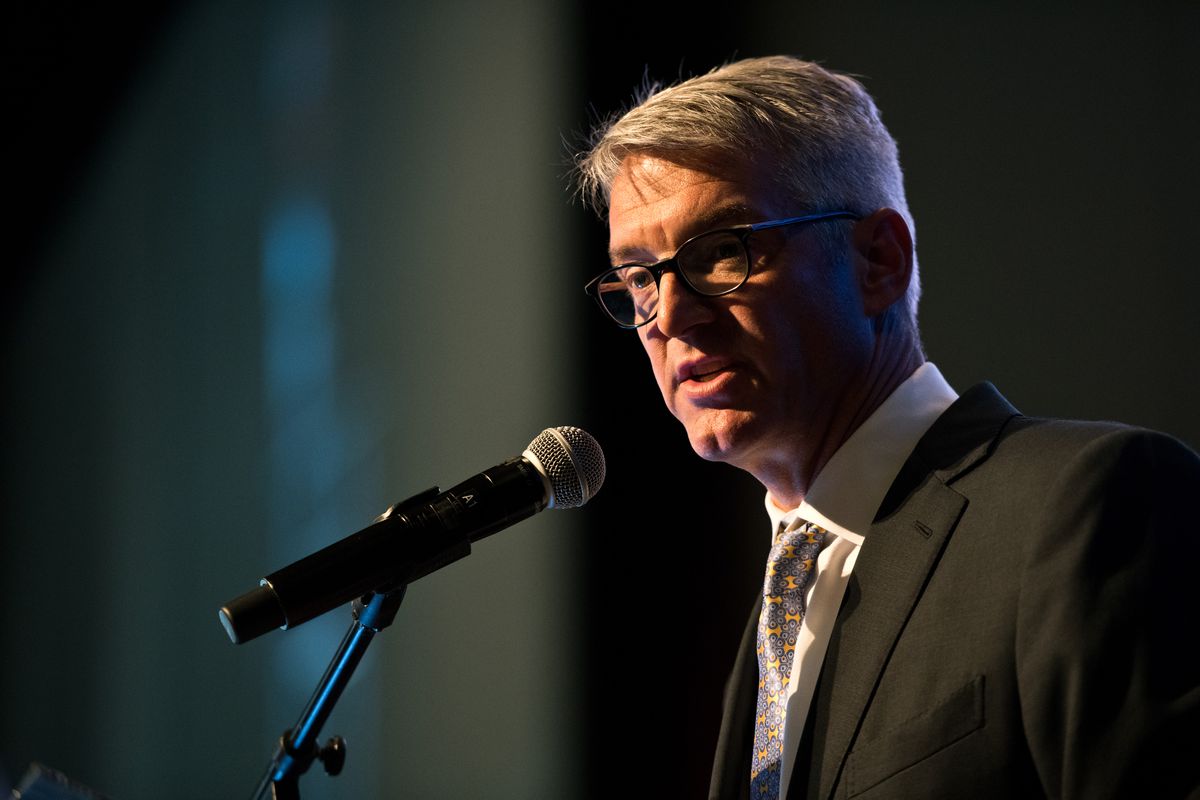 Alaska's health care costs are still soaring, but an insurance executive is optimistic about rates on the state's individual insurance market.

Roe sat down with ADN to talk about health coverage in Alaska. This interview has been edited for length and clarity.

Can you tell me about how you were able to (lower rates this year in Alaska), and what's going to happen with rates in the future?

There was a lot of uncertainty when the individual market was really created through the Affordable Care Act. Nobody knew who was really going to be in that pool. … As a consequence of not having scale, whenever there's high-cost claims, it really has a disproportionate impact on the pool as a whole. It pushes rates up for everybody.

What the state did is … creating a pool, a high-risk pool. … So if you take out a good portion of those really high-cost claims, for everybody else the premiums are going to come down.

That happened for 2018, and we've filed our rates now for 2019. We'll see, they haven't been approved yet, so it's premature for me to say what they'll be. But we're optimistic that the experience will continue to be good and that rates will be stable, at worst.

[Premera: Health insurance rates for individual market will drop even lower than expected]

So it seems to have stabilized and you foresee that continuing?

Yeah, we do. I'm pretty optimistic about that. Having said that, affordability remains a major issue.

Why are the costs in Alaska so high?

Yes, there is higher utilization. Some people point to an aging society. That's certainly contributing to higher costs. But fundamentally, the driver of higher costs, is prices. And prices here are simply much higher than we see in the Lower 48. … It's disproportionately higher.

Here's an example: We can do a procedure in Seattle, bring a companion, fly them down, put them up, feed them. The average savings, no matter the procedure, is $13,000.

I was looking at prescription drug costs. Here, they're not quite two times what we see for opioids, specifically, in Seattle.

When you announced the decrease last year in rates, wasn't it because of a decrease in the use of services?

There was a drop in utilization.

What does that indicate?

Well, as much as anything up here, I think it's a reflection of the economy. When people have concern about their job security, or maybe absent a job altogether, they're going to be less inclined to go to the doctor.

And then, when the economy starts to pick up, people have that security, have a little more disposable income, so they tend to use services more. I would expect that, as Alaska recovers, we'll start to see that pick up a little, too.

Are there other links between the recession here and health care coverage and costs?

There probably are. From a jobs standpoint, health care jobs in Anchorage are up … On one hand, that's good, because we've got more professionals caring for more people. On the other hand, there are two issues that should be of concern to people. One is that health care is a supply-driven industry. Meaning, to the extent there's supply of services, utilization follows.

So you put an MRI machine, an additional one, in Anchorage, it will get filled. Does that suggest that you're adding value? Or that in the past there was a missing opportunity? Not necessarily. We don't see any significant change in people's health. We just see more services being provided. So that's issue number one.

The second issue with a growing health care economy is that it's not an export business. And it therefore does not attract outside money.

I'm curious if you could talk a little bit about how health care policy is changing nationally and what that means for Premera.

The Trump administration has gotten very active with regard to drug prices. He tweets about that on a pretty regular basis. Mainly, they're looking for ways to create more competition. There's a pipeline of drugs that are super expensive that are coming. As a society, we have not factored how to really account for that cost.

And on the individual market, it's all still caught up in a lot of politics. So do people want to preserve and sustain and enhance the Affordable Care Act? Or do they want to dismantle it? Or repeal it all together? That tug-of-war is still happening on a regular basis.

You talk about drug prices. The opioid epidemic is a national issue. What does that mean, from your point of view, for health care here?

It's a major issue for society. … And the incidence up here is higher than we see down in Washington. So it's a major health crisis for us. And yet not easily solved.

A part of it, obviously, is getting people to help, so they can stop being addicted. And treatment centers. But more importantly, it's going upstream and ensuring there's appropriate utilization of opioids. It's educating doctors.

Opioids is big, and it's expensive in so many ways, not just the health care costs but the impact on the economy. You're losing productive people.

The $50 million Premera is investing in Alaska, how exactly is that going to be (deployed)?

As part of that tax reform that passed late last year, we received a refund, a substantial refund. … We have allocated that $50 million into several buckets. One is helping to stabilize the individual market. Another is to create access to care in rural areas. The third was to just do things in the community specifically related to homelessness, and underlying that, behavioral health and health equity.

Last week we announced a grant to Covenant House (Alaska) and that's all part of that $50 million.