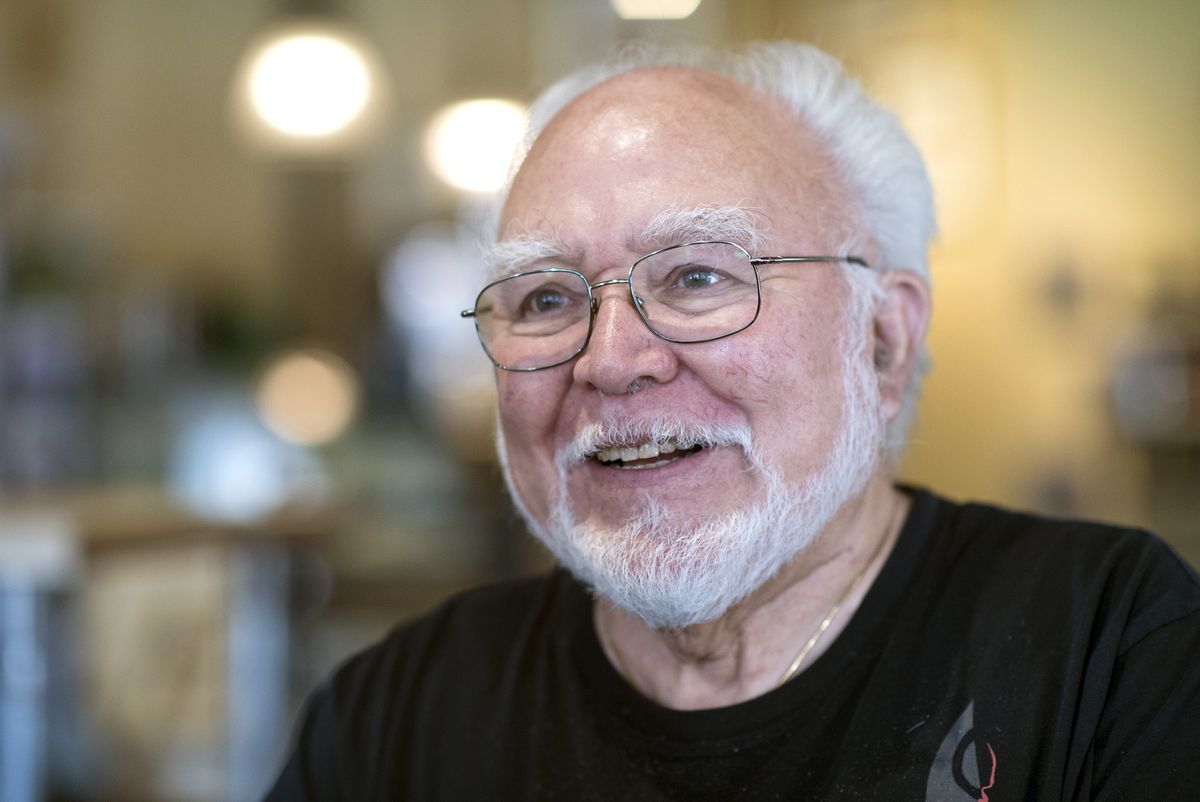 In this Wednesday, Aug. 1, 2018 photo, Joe Kahklen, a retired President & CEO of Goldbelt, Inc., speaks about his time with the Juneau-area Alaska Native corporation during an interview in Juneau, Alaska. (Michael Penn/The Juneau Empire via AP)

In this Wednesday, Aug. 1, 2018 photo, Joe Kahklen, a retired President & CEO of Goldbelt, Inc., speaks about his time with the Juneau-area Alaska Native corporation during an interview in Juneau, Alaska. (Michael Penn/The Juneau Empire via AP)

JUNEAU — Today, Goldbelt Inc. is a booming Alaska Native corporation that owns lands throughout Southeast Alaska and has thrived in the realms of logging and tourism.

It wasn't always that way, though. Joe Kahklen remembers.

Kahklen, one of the founding members and the corporation's first CEO, looks back fondly on the difficult years in the 1970s when the corporation was in its infancy. They were often wrapped up in litigation, Kahklen said, as people at the time assumed that the corporation had tons of money. He laughed as they talked about how wrong those people were.

Kahklen, who turns 82 in September, said even he and his optimistic co-founders had their expectations lower than the heights the corporation has reached.

"It's exceeded my wildest dreams," Kahklen said. "We had these really way-out dreams we thought we'd never achieve."

Goldbelt was incorporated in 1974 as a result of the Alaska Native Claims Settlement Act, which formed Alaska Native organizations and allowed them to claim land throughout Alaska. ANCSA established regional corporations, such as Sealaska Corp., and urban organizations such as Goldbelt. Sealaska was incorporated two years before Goldbelt and helped Goldbelt get on its feet financially, Kahklen said.

Kahklen had been involved in the Native community leading up to that point, and was chosen to be the chairman of the board as the corporation started up. He said his main task was raising money, which was a tall order. He expressed great gratitude to Sealaska for helping out in those early days.

Kahklen, a Tlingit from the dog salmon clan of the Raven moiety, has roots that extend throughout Southeast. His father was born in Kake and his mother was born in Klawock, and he has spent much of his life in Juneau. The family lived in Angoon, Haines, Klawock, Sitka and elsewhere because his father was a teacher for the federally run Bureau of Indian Affairs school system and work took him to different communities.

He earned degrees in chemistry and biology at Northern Arizona University, and began work as a chemist in Phoenix. He eventually found his way back to Alaska, working for BIA before getting in on the ground level with Goldbelt.

Over the years, Kahklen served in a number of roles for Goldbelt, from CEO to chairman of the board. He traveled all over the country and world overseeing operations and working with other organizations. One trip to Japan in particular stood out to him. He said as he was walking down the street, he would see someone and immediately see physical similarities to Alaska Natives. Once he got to know people over there, he said the similarities only deepened.

"It was amazing on my first trip there, how similar their culture was to our culture from the perspective of elders, the extended family," Kahklen said. "It was just amazing."

Overall, he served on the board for a total of 35 years before he was replaced in the 2017 Goldbelt election. He said he wasn't happy but understood that it's time for leadership to be transferred to the younger generation. He won't run for a spot on the board again, but is hoping to get involved with the local Goldbelt board in Kake.

"I'd like to make a contribution if they'll have me," Kahklen said. "If they won't that's fine. That's my dad's hometown. I'd like to go back."

He's also remained heavily involved with the Healing Hands Foundation, where he's the chairman of the board. Healing Hands is a charitable organization that helps fund the Southeast Regional Health Consortium. He is also on the board of First Things First Alaska Foundation, which aims to promote economic opportunities and the reasonable use of natural resources in the region.

Kahklen's efforts have not gone unnoticed, as the Juneau Chamber of Commerce honored Kahklen in 2017 with its Lifetime Achievement Award. He's ready to stay out of the spotlight now, he said, after decades representing Goldbelt and the Alaska Native community.

"It's been a good life," Kahklen said. "I've enjoyed the journey. I'm just amazed at the things that have happened."