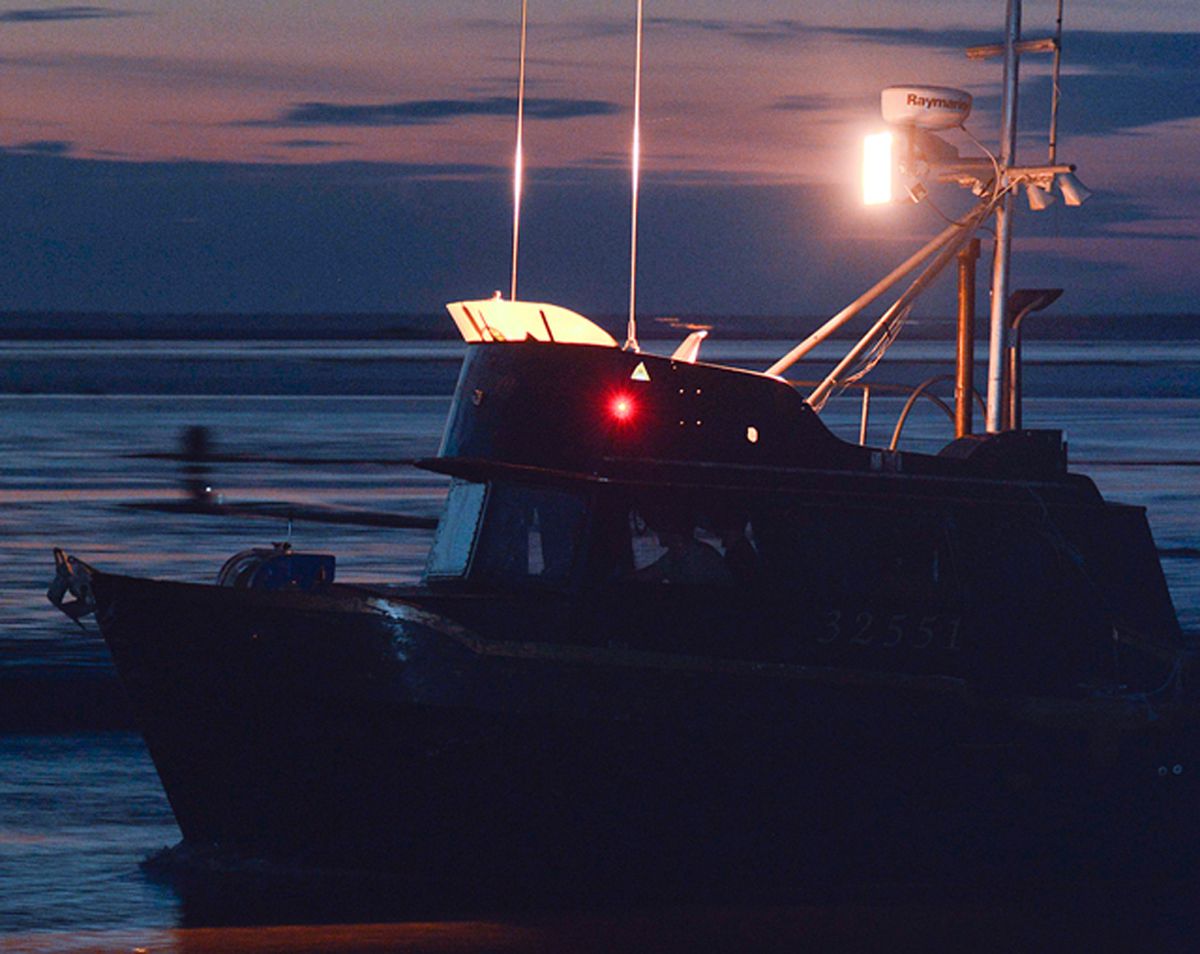 A Cook Inlet drift gillnet salmon boat. Fishermen who saw their fishery value shrink by about two-thirds in 2018 are seeking support for a federal disaster declaration that would enable Congress to appropriate relief funds. (Rashah McChesney / AJOC file)

A Cook Inlet drift gillnet salmon boat. Fishermen who saw their fishery value shrink by about two-thirds in 2018 are seeking support for a federal disaster declaration that would enable Congress to appropriate relief funds. (Rashah McChesney / AJOC file)

This season was a sour one for salmon fishermen across the Gulf of Alaska, and participants in multiple fisheries are seeking funding for relief.

The Board of Fisheries and Gov. Bill Walker already granted a disaster declaration for Chignik, which harvested next to zero sockeye salmon this year due to an unprecedented poor return to the Chignik River on the Alaska Peninsula. Sockeye salmon runs across the Gulf of Alaska failed to deliver this year, either in timing or in size, at a huge cost to fishermen.

Now the Upper Cook Inlet fishermen want a chance at federal funding to recover some of their losses. The set gillnet and drift gillnet fleet in Upper Cook Inlet harvested about 1.3 million salmon, 815,000 of which were sockeye, or about 61 percent below the 10-year average harvest of sockeye.

This year was forecasted to be lower than the average, but the harvest as of Oct. 5 — when all Upper Cook Inlet salmon fishing closed for the 2018 season — brought in about $11 million in ex-vessel value, a little more than a third of the $31 million recent 10-year average.

The total run, however, was about 32 percent below what was forecast, according to the 2018 salmon fishing summary from the Alaska Department of Fish and Game issued Oct. 22.

The trick of it was that the Kenai River sockeye run — the heavy-hitting run of the region, which usually peaks in July — didn’t arrive in force until August. For only the second time in Fish and Game’s records, more than half the run arrived after Aug. 1.

That late arrival was exacerbated further by the existing management structure around the high-tension commercial, sport, personal-use and subsistence fisheries on the Kenai River.

“In the previous 10 years, the average date where 50 percent of sockeye salmon passage has occurred in the Kenai River is July 23,” the report states. “In 2018, 50 percent of the final passage estimate did not occur until August 3, or 11 days later than average. The late run timing and smaller peak complicated management in 2018 as management plans with specific dates and triggers were developed to account for average run entry timing and magnitude.”

The Kenai City Council unanimously adopted a resolution in October asking Walker to declare an economic disaster in the Upper Cook Inlet fishery for 2018, with Mayor Brian Gabriel abstaining due to a conflict of interest because he commercially setnets.

With the city of Kenai’s support, the fishermen and a number of organizations and businesses are now seeking support from the Kenai Peninsula Borough Assembly to declare an economic disaster in the fishery as well.

The assembly will consider a resolution to support the request at its Nov. 20 meeting. Cook Inlet Aquaculture Association, the Cook Inlet Fisherman’s Fund, Copper River Seafoods and the Kenai Peninsula Economic Development District all submitted letters in support of the resolution, citing the difficulty to the fishery participants this year.

“Most fishermen didn’t even cover expenses,” wrote Cook Inlet Fisherman’s Fund President Steve Vanek in the organization’s letter. “… Resident commercial fishermen are an important contributor to the economy of the borough. We appeal to the borough for assistance.”

Copper River Seafoods Corporate Development Officers Martin Weiser wrote that the organization, which has “expansion plans in Cook Inlet,” doesn’t have a choice but to absorb the loss, but the fishermen don’t.

“Being a large company with operations in almost every major fishery in this state, we will absorb this loss (as we do not have a choice) and continue with business. This is not the case for many of the folks who focus their fishing activities in Cook Inlet,” he wrote. “It is for their sake and the sake of the future of this fishery that we write this letter in support of a disaster recovery effort on the part of the State of Alaska.”

Disaster declarations made by the governor then go to the federal Department of Commerce, requiring the Secretary of Commerce’s approval. Congress can then appropriate the funds to return to the fishermen. That process recently concluded with $56 million in relief for the 2016 pink salmon disaster, taking nearly two years before funds surfaced. A federal disaster was also declared in 2012 for low king salmon returns to Cook Inlet and the Yukon and Kuskokwim rivers, for which $21 million was eventually appropriated.

The process is too slow to help the people of Cook Inlet, Weiser noted in his letter.

If a disaster is declared, it could open up opportunities for legislative appropriation of assistance grants as well as the opportunity of assistance to permit holders who have loans through the Commercial Fishing Revolving Loan program and may not be able to meet the terms of their loans, noted Cook Inlet Aquaculture Association Executive Director Gary Fandrei in his letter.

The sockeye salmon fishery on the river was stop-and-start, with commercial fishing closed for up to six days at one point to boost passage in the Kenai River. Fishermen complained about the closure on sockeye, the most valuable commercial species in the Inlet, and their complaints were exacerbated later by restrictions on harvest to chum salmon stocks in Kamishak Bay due to low numbers of chum salmon in aerial surveys and a lack of offshore test fishery information to provide for openings for late sockeye salmon.

Adding to the complexity was the relatively decent-sized run of sockeye returning to the Kasilof River, mixed along the shore with Kenai River king salmon. This year marked the first time the North Kalifornsky Beach area was opened within 600 feet of shore in an attempt to focus harvest on Kasilof River sockeye while minimizing Kenai sockeye and king harvest.

As the Kenai sockeye run continued to fail to materialize, the Kasilof run kept coming back, and managers used the 600-foot fishery in the Kasilof section and ultimately the Kasilof River Special Harvest Area — a one-mile square area around the mouth of the Kasilof River — to try to harvest that stock to prevent the run from surpassing the escapement goal. In the end, it did anyway, according to the salmon season management report.

Pink salmon harvests were also significantly lower than average — about 84 percent below the recent 10-year average — mostly due to fishing restrictions during the sockeye season. One bright note, however, was the coho harvest. Upper Cook Inlet fishermen brought in about $1.3 million in ex-vessel value for cohos, about double the recent 10-year average of $699,300, according to the management report.