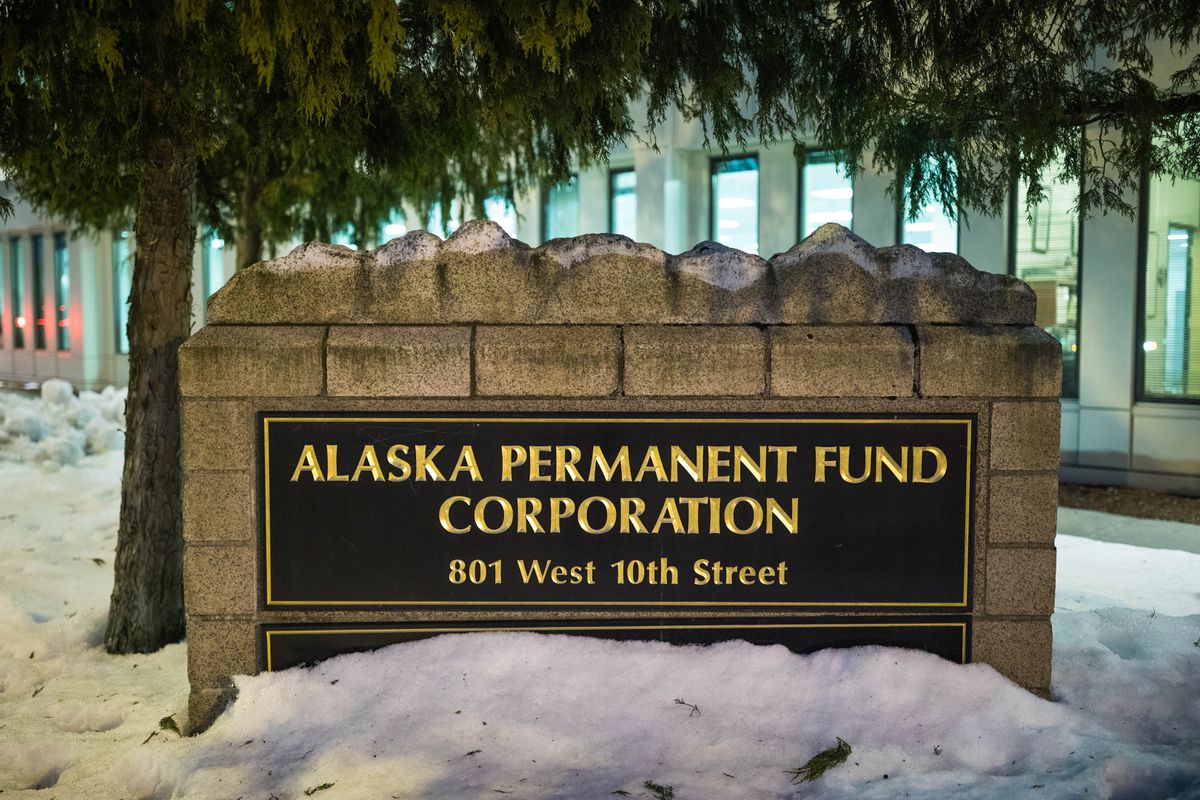 The managers of Alaska’s Permanent Fund said they did their best to mitigate losses from volatile financial markets in the second half of 2018 as the fund ended the year with a balance of $60.4 billion.

Permanent Fund investments lost 3.19 percent of their value in the second half of 2018 — also the first half of the State of Alaska 2019 fiscal year, which began July 1.

The Permanent Fund ended the 2018 fiscal year last June 30 with a balance of $64.8 billion, from which the state appropriated roughly $2.7 billion to pay out Permanent Fund dividends and support government services.

“Within a long-term investment horizon, it is anticipated that the global markets will go up and down; it is a part of the buying, selling, trading process of the portfolio’s holdings,” Rodell said. “And while we invest with the intent that they will go up more than they go down, there are going to be dips. Our team is poised to take advantage of those dips.”

Despite the negative returns, the fund outperformed the corporation’s passive investment index benchmark, which comparably measured losses of 6.54 percent in the first half of fiscal 2019, according to a Feb. 4 APFC release.

The Permanent Fund Earnings Reserve Account, which holds income and is the spendable portion of the fund, had a Dec. 31 balance of $16.6 billion, according to an APFC report.

The challenging first half to fiscal 2019 is in stark contrast to 2018 when the corporation achieved returns of 10.74 percent.

Most recently, APFC reported the fund had rebounded to a balance of more than $63.9 billion as of Jan. 31. However, corporation executives noted the day-to-day value can vary widely and the $63.9 billion includes more than $1 billion in liabilities — most of which is the remaining state appropriation amount that has yet to be transferred to the General Fund.

Calculated as 5.25 percent of the fund’s five-year average value, the fiscal 2020 percent of market value, or POMV, appropriation is expected to be roughly $2.9 billion.

Gov. Michael J. Dunleavy has demanded the Legislature pay a statutorily calculated dividend, meaning about $1.9 billion from the 2020 POMV draw would go to PFDs. He has also proposed separate legislation to repay forgone PFD amounts over the past three years as former Gov. Bill Walker and the Legislature reduced dividends while debating how to resolve multibillion-dollar annual budget deficits.

The PFD repayments would total another nearly $2 billion draw from the Earnings Reserve over three years; the 2020 supplemental PFD draw, which would be made later this year, would be $565 million, according to the Revenue Department.

The first half 2019 losses were driven by a decline of 10.9 percent in the fund’s $23.2 billion public equities portfolio made up of stocks. At about 38 percent of the overall asset allocation, public equities make up the largest portion of Permanent Fund investments.

For comparison, the Dow Jones Industrial Average lost roughly 4 percent of its value during the period.

An APFC release states that public equity managers were “positioned for better than feared economic fundamentals,” and as a result “turned in relatively weak performance versus their benchmarks.”

The fund’s $14.7 billion fixed income portfolio lost 0.15 percent in the first half of 2019 as listed infrastructure and real estate investment trusts fell in concurrence with equity markets.