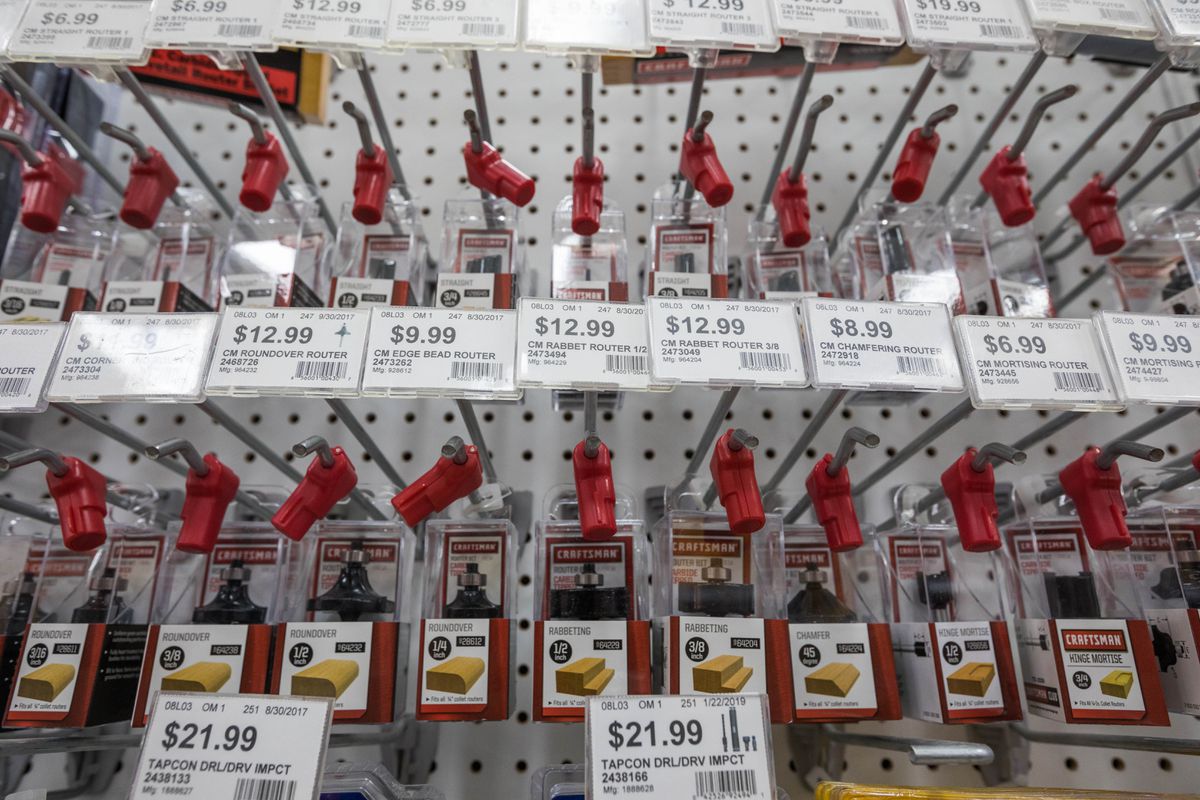 More cameras watch the aisles at Andy’s Ace Hardware in East Anchorage now than a few years ago. More tools are locked up behind glass panes.

If it’s expensive or small enough to slip into a pocket, the store has found more ways to keep a close eye on it.

The hope is that all the visible security measures will prevent people from trying to steal merchandise.

Some Anchorage retailers, like Andy’s, have cracked down on shoplifting over the last few years. Stores are putting more merchandise under lock and key and examining customer traffic patterns in stores. The Fred Meyer store in Midtown closed off one of its entrances in an effort to curb the problem. The Anchorage Police Department has also stepped up enforcement. Arrests for shoplifting have spiked since 2016.

That spike isn’t necessarily because more shoplifting is happening as much as “it’s about more people getting caught due to more officers on the street,” APD spokesman MJ Thim said in an email.

At Hoarding Marmot, an outdoor gear consignment shop in Spenard, owner Dana Drummond said shoplifting has been more of an issue than he thought it would be when the store opened in 2015.

“It’s been a very time-consuming topic,” he said. He and the staff have made changes to try to prevent it, like moving small, pricey, easy-to-grab items closer to the register.

Van Ness, at the hardware store, said they locked all their sockets, pliers and hand tools behind glass cases about two years ago.

“Every year we make more improvements," she said. The last couple of years, there have been more gradual changes. Those include “quadrupling” the number of security cameras, training staff in loss prevention, and upgrading theft sensors.

“We’ve always have security in place, but we’ve had to order more security devices to keep up with patterns,” Van Ness said. The store even started closing an hour earlier, at 8 p.m. instead of 9 p.m., because problems were worse at night.

“The increased enforcement will certainly increase arrests in the short term, and we expect it to decrease overall theft in the long term,” Thim said.

Drills, tape measures, flashlights and utility knives are just some of the things behind locked glass panes in the Fred Meyer store at Northern Lights Boulevard and Seward Highway. Similar items are protected at the Walmart store just a few blocks away, alongside signs that read “Security cameras in use” and “Reducing theft helps us all by keeping prices low."

That Fred Meyer store has closed off a set of doors to drive shoppers through one primary entrance. That, plus working with Anchorage police, has had a “favorable outcome,” spokesman Jeffery Temple said in an email, but the company doesn’t discuss specific theft numbers.

“Closing those doors was a business decision that had to do with changing traffic patterns at that location, theft reduction and safety,” Temple said.

Bigger chain stores typically have their own loss-prevention programs and training, said APD Lt. Jack Carson. The big-box stores now fill out their own reports for shoplifting. That cuts down on police time responding to such calls in person.

"It’s pretty much going straight from organizations, straight on through to the prosecutor’s office instead of taking officers out on the street to respond to basic shoplifts,” Carson said.

Another major effort from Anchorage police is what the department calls its “retail blitz” or “retail detail” program, which started in late 2017. Two of those blitzes last year at Fred Meyer stores — in Midtown and East Anchorage — resulted in dozens of arrests through sting operations.

Retailers might go after shoplifters differently depending on what they can afford to lose. Businesses must weigh the risk of using security to stop people, said Bill Popp, CEO of the Anchorage Economic Development Corp. That varies widely among different types of businesses.

“There’s a certain level of shrinkage, when you balance the risk, that’s acceptable," he said. "But when it starts to get out of hand, businesses have to take steps to mitigate that.”

Financial loss isn’t the only risk they might consider in that assessment. In November 2016, a security guard at the Midtown Fred Meyer was stabbed in the neck while confronting someone suspected of stealing.

Van Ness, at the hardware store, said she hopes potential shoplifters are deterred just by seeing how much security is in place.

“For us, it was like, let’s put as many tools in place as we can to deter the shoplifters so we can do what we truly want to do,” she said.

Drummond, at Hoarding Marmot, said the store loses “a few thousand dollars” each year to theft. He’s planning to put new security measures in place, including moving the checkout counter. The store has an alarm system, but now he’s thinking about adding security sensors to individual items.

“One of our other policies I keep trying to hammer into my guys and gals,” he said, “is when in doubt, just call the police.”