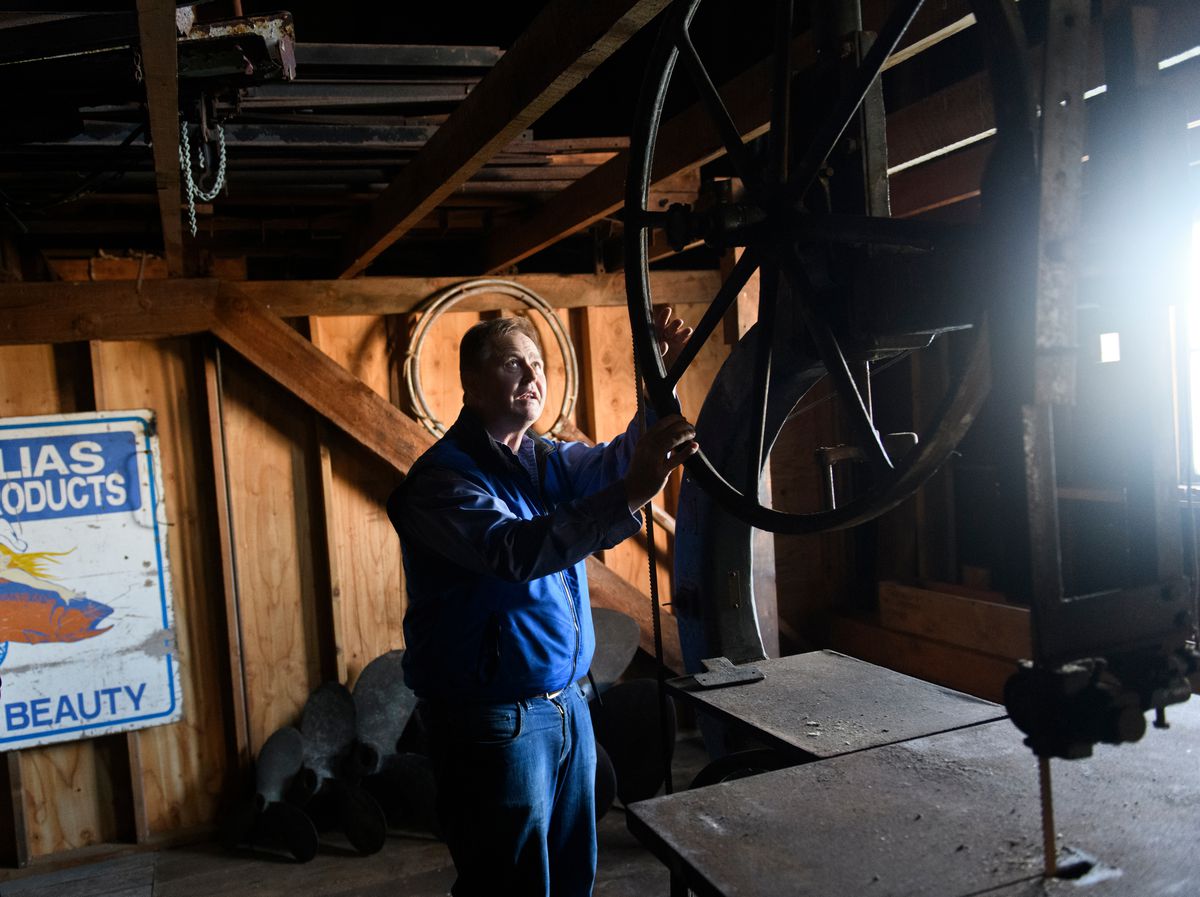 Woody Knebel, superintendent of the Alitak fish processing plant, looks at an old band saw he has displayed in his Alitak Maritime Museum on May 15, 2019. (Marc Lester / ADN)

Woody Knebel, superintendent of the Alitak fish processing plant, looks at an old band saw he has displayed in his Alitak Maritime Museum on May 15, 2019. (Marc Lester / ADN)

LAZY BAY — The superintendent of the remote Alitak fish processing plant on Kodiak Island has amassed so many relics of commercial fishing and processing that he’s building a third level to display the items. Woody Knebel, who has overseen the Ocean Beauty-owned cannery since the 1990s, has been collecting historic fishing machinery and equipment from the region since 2011, he said.

“It’s not just for me. We made a community project out of it,” Knebel said.

Knebel calls his display, housed inside one of the buildings of the 102-year-old cannery, the Alitak Maritime Museum. Large items on display include a working steam engine that once powered canning equipment, a wooden fishing dory from the turn of the 20th century, and a steam-powered band saw. Big pieces are surrounded by lots of smaller items including a hand-cranked barrel washing machine, a large bell and a manual fog horn. Most of the items have been donated or loaned to the museum.

Alitak, which processes salmon, halibut and cod, employs about 200 people when the season is in full swing. It receives fish from 17 boats and 30 setnet sites, Knebel said. He hopes employees and visitors will take a moment to take a self-guided tour.

“We want people to enjoy it,” he said.