Seafood will get more attention in development of new U.S. dietary guidelines 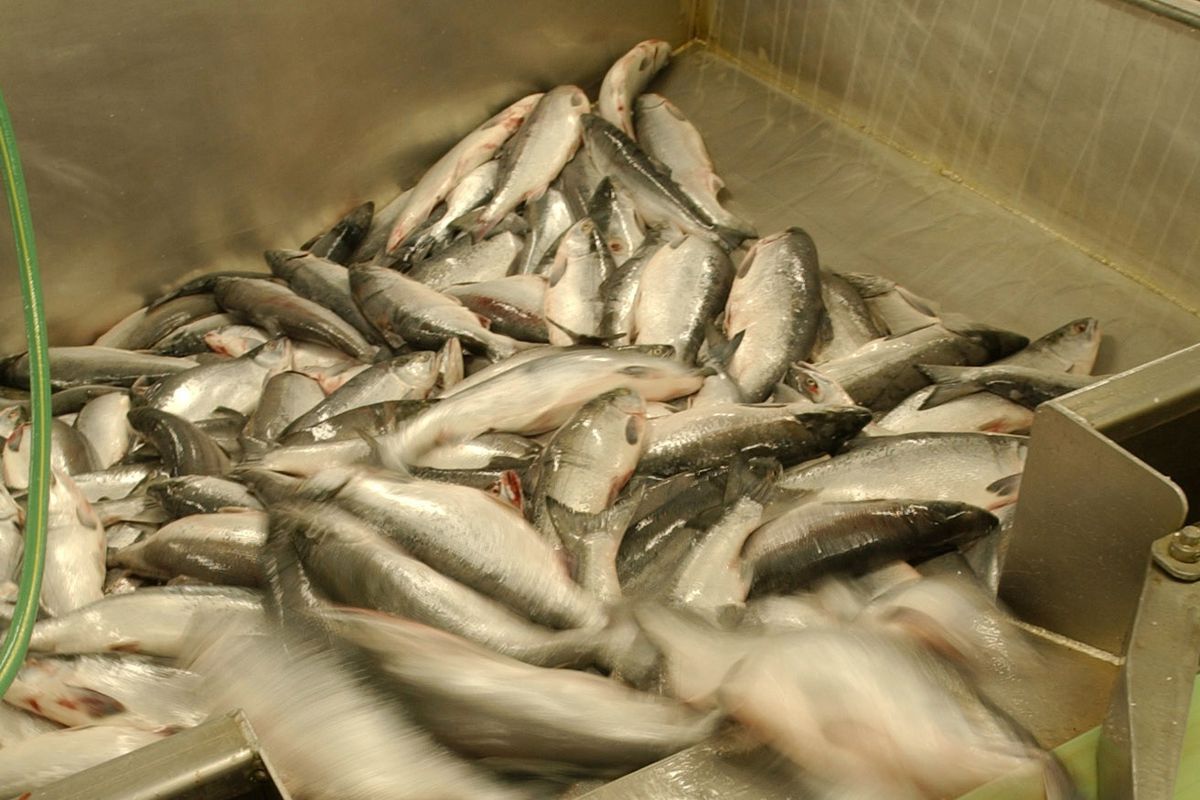 Federal agencies are meeting through next March to define U.S. dietary guidelines for 2020-25, and a high-powered group of doctors and nutritionists is making sure the health benefits of seafood are front and center.

For the first time in the 40-year history of the program, the dietary guidelines committee has posted the questions it is going to consider. They include the role of seafood in the neurocognitive development in pregnant moms for their babies, and in the diet of kids from birth to 24 months directly, said Dr. Tom Brenna, professor of pediatrics and nutrition at Dell Medical School at the University of Texas.

“We really got jazzed when we saw that because we wanted to figure out what the committee would find when it does its literature search on what medical evidence is out there and boy, did we find a lot,” Brenna said.

Brenna also chairs the advisory council of the Seafood Nutrition Partnership which on Sept. 17 will hold its third annual State of the Science Symposium in Washington, D.C. The nonprofit hosts the event as part of a public health campaign started in 2015 aimed at getting Americans to eat more seafood.

Over 40 studies address the two committee questions, Brenna said, and provide evidence of how nutrients in seafood, such as omega 3 fatty acids, are so important to brain and eye development.

“The brain and the retina in the eye are omega 3 organs. As calcium is to the bones, omega 3 is to the brain,” he said. “These kinds of data are exactly the kind of human study the dietary guidelines focus on. They are not cell studies, not rat studies, they are based on real studies on humans. It’s direct evidence. That’s why we are so excited.”

For centuries fish has been regarded as “brain food,” and a plethora of studies has shown that seafood can prevent or relieve dementia and Alzheimer’s disease and reduce depression, among other things.

“I don’t understand why anyone wouldn’t be thinking of seafood if they wanted to keep their brain in good working order,” Brenna said, adding that he is baffled why such positive health messages have not “stuck” in the U.S.

Answers could be forthcoming in a discussion of Building Lifelong Seafood Consumers at the D.C. symposium.

Unlike the meat or dairy industries, which use sustained national campaigns such as “Where’s the Beef?” or “Got Milk?" the seafood industry has never banded together on its own behalf.

“Getting the seafood industry together to promote one message has been difficult,” Brenna said, adding that the industry appears fragmented.

He is hopeful that putting the spotlight on seafood’s health advantages will help move the message and that national media will show more interest.

“We’re generating the ammunition for the policy guys,” Brenna said. “There’s only so much that the science guys can do, and boy, we’ve spent a lot of time doing it. We can lay the evidence in front of the policy makers. They have to implement it.”

The 2015-20 dietary guidelines recommended at least two servings of seafood per week, but only one in 10 Americans follow the recommendation. Consumption of seafood by Americans reached 16 pounds per person in 2017, an increase of 1.1 pounds over 2016, according to federal data.

The Dietary Guidelines Advisory Committee will meet five times with the last meeting tentatively scheduled for March 12-13, 2020. All meetings will be open to the public and two will include opportunity for public comment. Written comments are being accepted until the committee completes its work. A final report will be submitted to the departments of Agriculture and Health and Human Services.

Bering Sea crabbers got some good news in advance of the season opener in mid-October.

“We’ve been told that we will have a Bering Sea red king crab season. We don’t know what the catch will be yet but we understand that it will be reduced from last year. We really appreciate the Alaska Department of Fish and Game for giving us a heads up on that,” said Jake Jacobsen, director of the Inter-cooperative Exchange, which represents over 75 percent of the crab fleet of about 85 boats.

The 2018 catch limit for Bristol Bay red king crab was just 4.3 million pounds. Jacobsen said the catch will go into an eager market and make for a good payday.

“Our average price for king crab last year was $10.53,” he said. “We’re expecting higher prices this year based on what we’re seeing in world markets.”

No word yet on the catch quota for snow crab (opilio) although it should increase from this year’s take of 27.5 million pounds.

Surveys in 2018 showed a 60 percent boost in market-sized male crabs and nearly the same for females. Bob Foy, director of the North Pacific Fishery Management Council’s crab plan team, said it “documented one of the largest snow crab recruitment events biologists have ever seen.”

Snow crab prices for the 2019 winter fishery are still being finalized, Jacobsen said, adding “it should be somewhere around $3.95-$4.00 average price.”

A shortage of snow crab could prompt earlier fishing than the traditional mid-January start, he added.

Crabbers also are keeping their fingers crossed for an opener for bairdi tanners, snow crab’s bigger cousin. Jacobsen said the 2019 tanner price “should average around $4.50 a pound.”

Just 2.4 million pounds were allowed for harvest in the 2018-19 tanner fishery, although crabbers say they see a lot more crab than what’s been showing up in annual trawl surveys.

“It’s really hard to guess from one year to the next on the surveys. It might show something one year and you can’t find them the next,” he said.

Jacobsen added that buyers like Red Lobster are featuring the larger bairdi tanners on their menus and a closure would crimp those markets.

“We’re really hopeful we can get a bairdi season this year so we can maintain that differentiation in the marketplace. It seems like we have to rebuild it every time we miss a year or two,” he said.

Managers will reveal findings of the summer survey during the week of Sept. 16 in Seattle and finalize the catch quotas in early October. The Bering Sea crab fisheries open Oct. 15.

Snack-sized stories can teach a lot about Alaska salmon and connect people across the state.

“I don’t think it’s an overstatement to say that here is no other species that is as important to Alaska as salmon,” said Peter Westley, an assistant professor at the College of Fisheries and Ocean Sciences at the University of Alaska Fairbanks.

His students compile a Five Bites of Salmon newsletter that showcases stories and research about Alaska salmon as a way to “help increase salmon literacy and build a network of salmon connected people,” he said.

A recent Five Bites highlighted lethal impacts of Alaska’s heat wave on salmon, what raging wildfires might mean for salmon habitat and interactive dives into 13 salmon regions that show, for example, that the Yukon is home to a larger watershed than Texas.

The newsletter is a small offshoot of the college’s Salmonid Evolutionary Ecology and Conservation lab, which focuses on projects that help inform policy makers and sustain connections between salmon, people and place, Westley said.

“Sustainability is not just about having a high abundance of salmon in some river,” he said. “It’s really about sustaining the connections to that resource on the landscape.”

Research by SEEC students has revealed, for example, that larger numbers of adult coho salmon at Kodiak have a much higher dependence on Buskin Lake before they head downstream to spawn. Another showed for the first time that the demise of most Yukon River chinook seems to occur in the ocean and not in freshwater habitats. Research also is ongoing on hatchery strays and invasive northern pike.

The SEEC also is a part of the Alaska Salmon and People project, a statewide initiative to quantify the varied states of salmon through histories, case studies and in depth data.