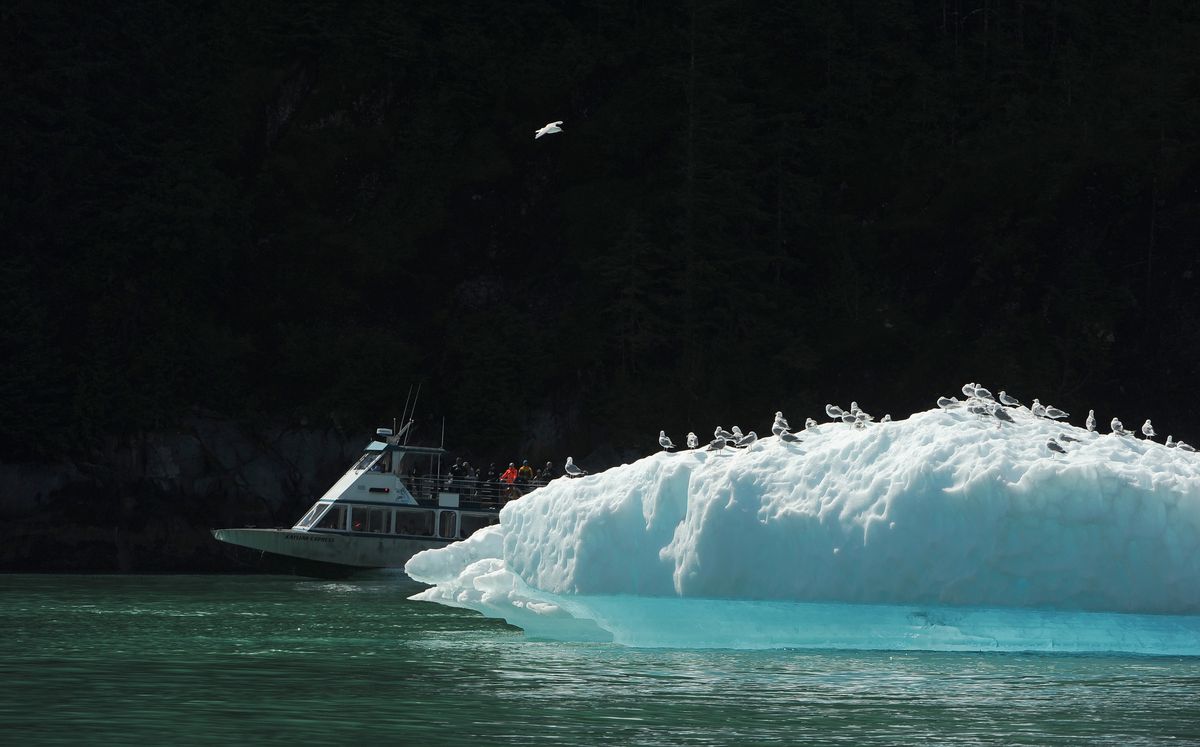 An Allen Marine day boat cruises past an iceberg in Tracy Arm in Southeast Alaska on July 19, 2018. (Bob Hallinen / ADN)

An Allen Marine day boat cruises past an iceberg in Tracy Arm in Southeast Alaska on July 19, 2018. (Bob Hallinen / ADN)

The company provides scenic and wildlife-viewing tours in and around Juneau, Ketchikan and Sitka.

The suspension followed an inspection of the company’s boats Wednesday in Juneau and Sitka. The inspection identified violations ranging from “material condition to crew familiarity,” the Coast Guard said in a statement.

The boats with violations were taken out of service and the problems need to be corrected before the vessels can resume operations, the Coast Guard said.

The company is fixing the problems, but a timeline for the resumption of tours is uncertain, said Chief Petty Officer Matthew Schofield.

Allen Marine Tours works with the Coast Guard to ensure compliance and passenger safety, company spokesman Zakary Kirkpatrick wrote in an email. The Coast Guard "identified a few items for improvement on select vessels" including crew training issues, he said.

“The inspection resulted in the inability for us to operated scheduled tours aboard seven vessels from the Sitka and Juneau fleet. We welcome the chance to make improvements to continue our 50 years of excellence in safety,” Kirkpatrick wrote.

NOTE: This article has been edited to indicate that most of the company’s boats that were inspected, seven of 10, were taken out of service, not most of the boats owned by the company.