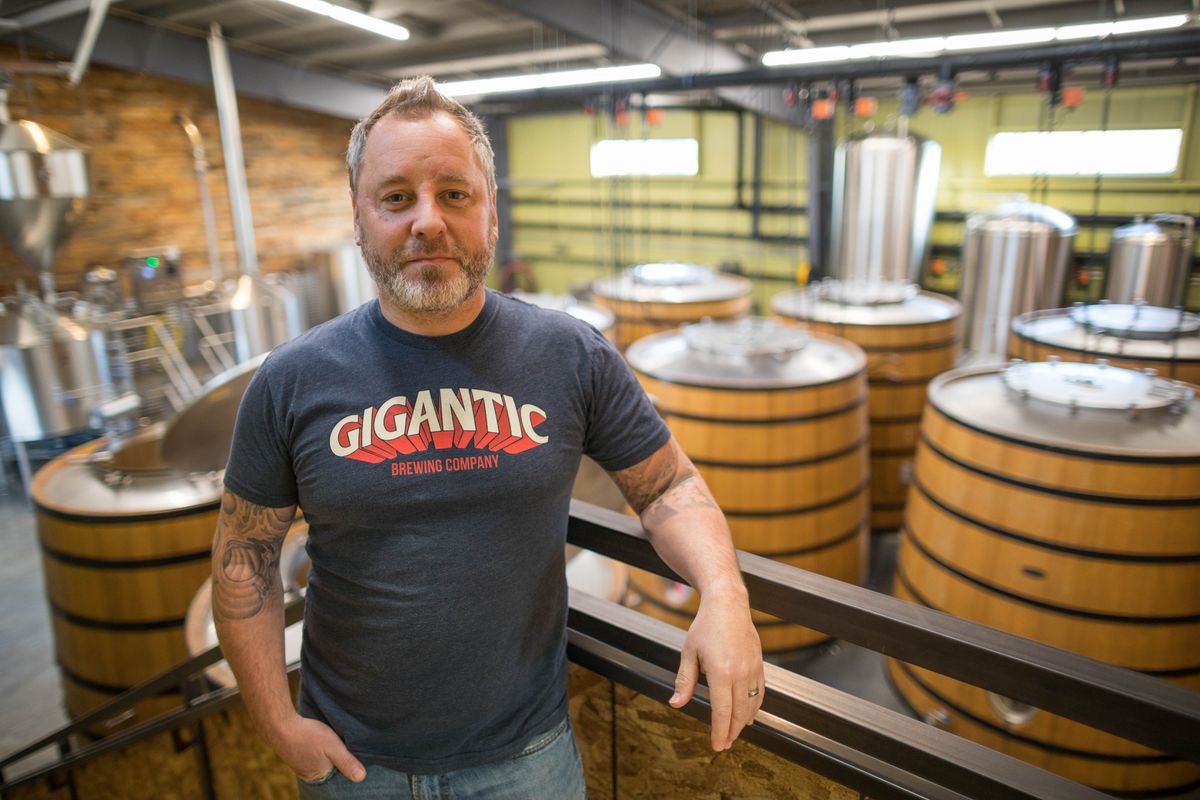 Gabe Fletcher doesn’t want to turn his brewery into a haven for barflies, but now he could if he wanted to.

To get around tight state laws banning games, dancing and other entertainment at his tasting room, Anchorage Brewing Co. ponied up for a full service license this summer, which gives it the freedoms of any other bar.

The license went into effect Tuesday. That means Anchorage Brewing can serve more than three 12-ounce glasses of beer per person, per day. It can be open past 8 p.m., host live bands, allow games like cornhole and sell beer from other breweries.

For Fletcher, it was a no-brainer. Fletcher declined to say what he paid for the license, but they generally fetch between $250,000 and $300,000. He got his from the owners of the now-closed Romano’s Italian restaurant in Midtown Anchorage.

“We can make up that money in house pretty quick,” Fletcher said.

Liquor licenses in Alaska are a finite commodity tied to a city’s population as a way to control the number of bars. The state allows license holders to sell them privately to other establishments, which has driven the cost up.

It is legal — full-service licenses can be sold on a secondary market sanctioned by the state, and state regulators approve sales. But the state doesn’t intervene in price negotiations, said Erika McConnell, director of the Alcohol and Marijuana Control Office.

Breweries are allowed to skirt that high startup fee with a special brewery license that runs $1,000, plus fees. But in signing up for the cheap license, business owners give up privileges that are standard at most drinking establishments.

There is a drawback to the full license: It caps sales to distributors at 1,200 barrels per year. Fletcher said that won’t be an issue for Anchorage Brewing because it has never hit that level.

But Lee Ellis, president of the Brewer’s Guild of Alaska and brewmaster for Midnight Sun Brewing Co. in Anchorage, said others would be limited by a cap.

He said the guild is lobbying the Alaska Legislature to remove that sales cap, but for now, it’s unlikely that many other brewery owners will take the same course as Fletcher.

“Until those changes occurred, I would not expect most people to accept production caps,” Ellis said.

The Alaska Cabaret, Hotel, Restaurant and Retailers Association, the state’s main alcohol trade group, has been present and influential as those laws were crafted over the years.

Ellis said he’s been in discussions with CHARR and thinks the two groups can work together to change some of the regulations. He said while CHARR is a powerful entity, there is a misconception that any change in alcohol policy needs to be approved by the association to have a shot.

CHARR supported the brewery license at the time, but an association spokesperson has since said the brewery license has come back to bite alcohol retailers. That’s because breweries have, to a degree, cut out bars as distribution partners to instead sell directly to customers.

Bar owners have said breweries should face the same up-front costs as taverns if they plan to operate as full-on drinking establishments.

Fletcher, who opposes the finite license system, argued he has other up-front costs bars don’t.

“We invest way more money in equipment and manufacturing than they’ll ever spend on a (beverage dispensary) license,” he said.

Breweries with a standard license are also not able to sell beer from other breweries. That, Fletcher said, was the main driver to purchase a full-service license, even though he doesn’t plan on selling liquor.

“We’re able to bring up some of these beers that no one else can get their hands on,” Fletcher said. “It’s a big deal to us.”

Fletcher said he might extend the hours to 10 p.m. on Fridays and Saturdays, and may open a little earlier. He might put a bottle of high-end bourbon behind the bar, or offer a wine option.

But he wants to preserve the brewery environment.

“We do not want to become a bar, that’s not our goal,” he said. “We really want to have that really friendly, welcoming atmosphere."

Overall, Fletcher said he just wants more autonomy. If someone comes in wanting to play a game of cards, he thinks they should legally be able to do so.

“I really just don’t want people telling me what I can and can’t do,” Fletcher said.