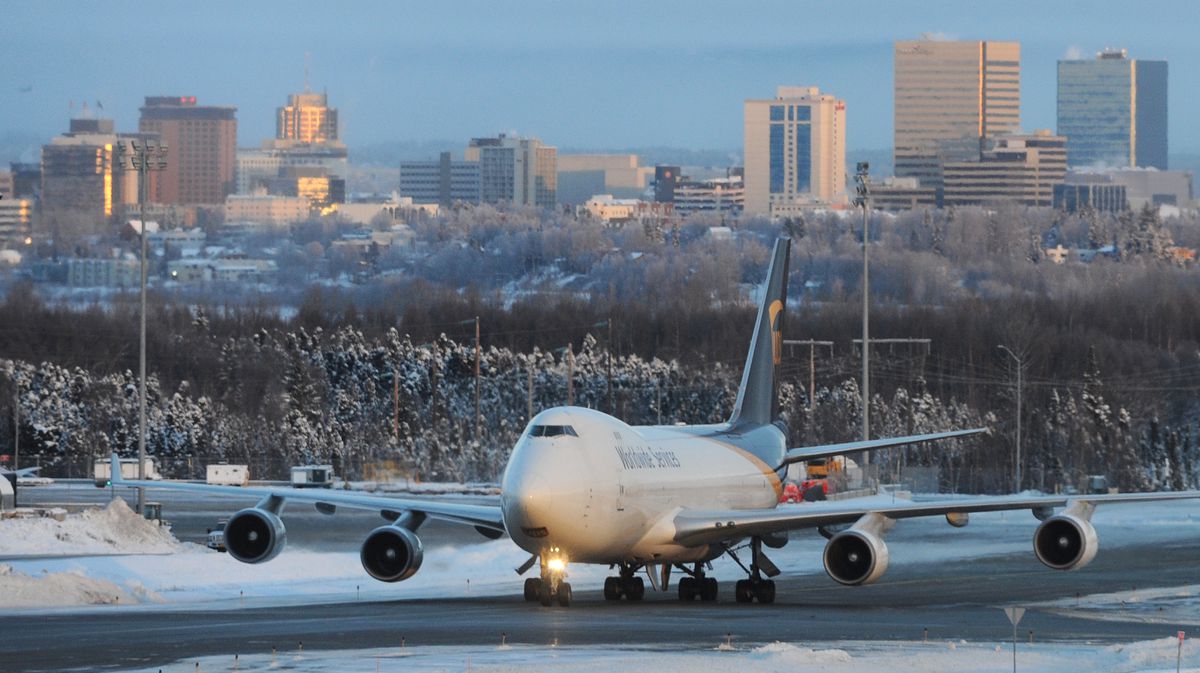 Package delivery giant UPS this week confirmed it is planning a potential $110 million expansion at Ted Stevens Anchorage International Airport, the latest in a surge of proposals for new warehouse and cargo space at the airport.

The UPS plan is one of five new projects announced in recent months by the airport, some of them larger than UPS’s proposal. Totaling about $700 million in investment, the proposals would boost Anchorage’s economy if they advance to the construction phase, officials said.

Atlanta-based UPS is looking to lease an additional 1.35 million square feet of land at the north side of the airport — enough to fit more than 20 football fields. The expansion in part will support UPS’s growing fleet of Boeing 747-8 jumbo jets, UPS Airlines company spokesman Mike Mangeot said Tuesday.

It would greatly increase the company’s current footprint at the airport. A new 190,000-square-foot operations building would more than double the size of UPS’s existing facility, municipal property records show.

The proposed expansion would “accommodate future growth and efficiency" for UPS, Mangeot said in an email Tuesday.

Anchorage is the gateway to Asia and a vital point in UPS’s global air network, Mangeot said.

The state announced UPS’s plans shortly before Thanksgiving. They include employee parking, parking for the 747-8 jets — the largest aircraft UPS flies — and other facilities. The company hopes to break ground in May 2020 and complete the project in 2022, according to paperwork filed with the state.

“While the public filing shows the potential for $110 million in structures, UPS has not finalized plans for the parcel (of land),” Mangeot said.

Alaska CargoPort, a real estate development company that developed a cargo transfer facility at the airport in 2000, has applied to lease the land on UPS’s behalf.

Alaska CargoPort founder Ray Brimble said Anchorage International has performed well in recent years compared to other North American airports, in terms of tons of freight moving through. The airport is the fifth-busiest air cargo hub in the world.

The airport is poised to benefit from growth in long-term e-commerce demand and weather ongoing trade disputes, he said.

“It’s an extremely efficient place to stop for cargo coming and going from Asia,” he said.

Bill Popp, president of Anchorage Economic Development Corp., said the airport and the development corporation have been marketing the airport’s advantages to companies.

Anchorage is one of the world’s few airports where foreign cargo can be transferred between aircraft without being subject to customs and other trade requirements. That saves shippers time and money.

“There is always an ongoing race in the air cargo industry to figure out ways to do things less expensively,” Popp said. “So it’s a constant competition to see who can deliver product on time at a lower cost.”

Other proposed projects include:

• Shipping giant FedEx proposes to build a 98,000-square-foot domestic operations center, part of a $57 million project, the state announced in August. FedEx can then increase international shipments at existing facilities.

• Alaska Cargo and Cold Storage, backed by Anchorage firm McKinley Capital Management, is proposing a 700,000-square-foot cold storage and general warehouse space, a $200 million project. That could facilitate shipments of Alaska seafood and peonies, as well as fruits and vegetables from South America and California to Asia.

The five projects could add up to 1,500 jobs after construction, said airport manager Jim Szczesniak.

The airport is currently negotiating leases with the companies, he said. Each of them would like to start preparing land for construction this summer, he said.

If one falls through, the state will look for other companies interested in leasing land at the airport.

“Our goal is not just five projects," he said. "There’s a tremendous asset here and we’re going to maximize it.”