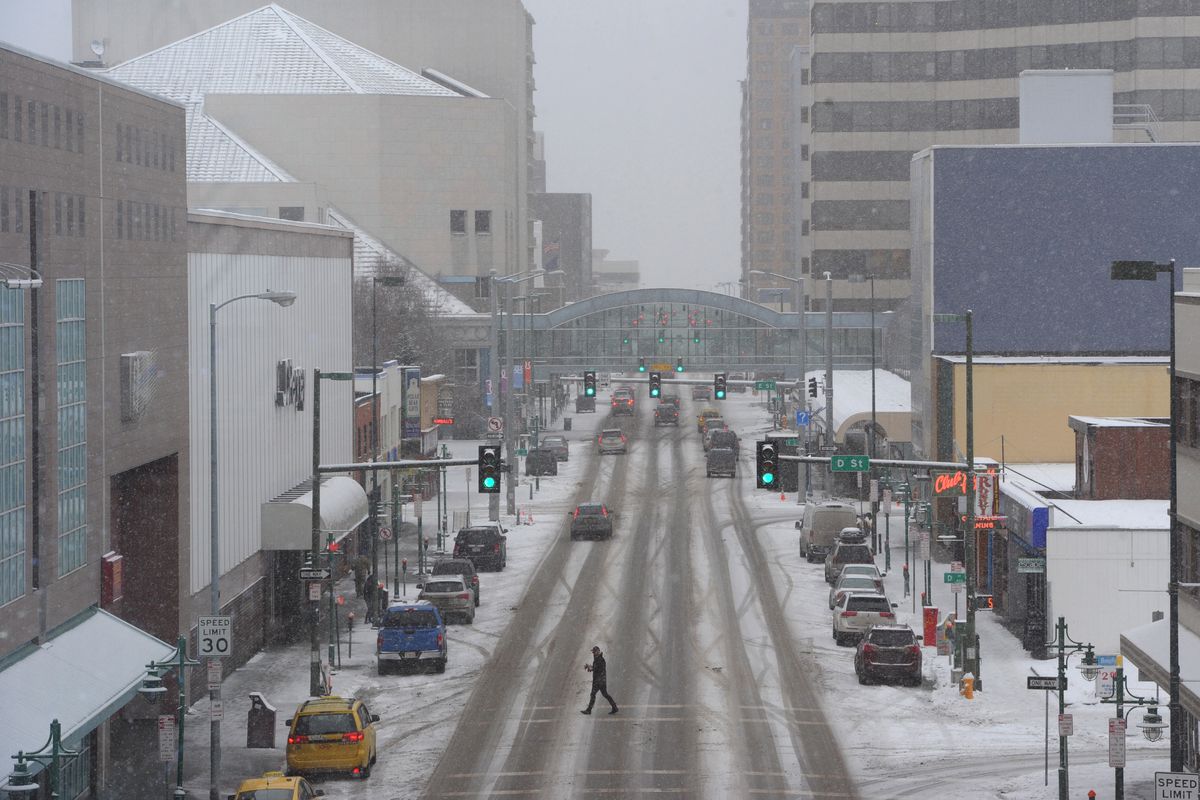 The Anchorage economy shed jobs last year largely because of state budget cuts and store closures, but the outlook is brighter this year, the Anchorage Economic Development Corp. reported in its 2020 economic forecast Wednesday.

The city economy lost about 300 jobs in 2019, sending employment in Anchorage below 150,000 jobs for the first time in a decade, the group reported, citing preliminary figures.

That marks the fourth straight year of overall job losses in Anchorage, which has struggled to recover after oil prices fell beginning in 2014, battering Alaska’s oil-based economy.

“The (Anchorage) recession continued for another year,” said Bill Popp, AEDC president, unveiling the data before a large crowd of local business leaders in Anchorage on Wednesday.

The report was compiled by the McDowell Group, a research and consulting company, on behalf of AEDC.

The statewide economy has pulled out of the recession as hiring has improved. But Anchorage is recovering more slowly, in part because it experienced large job losses in oil and gas between 2014 and 2018, economists say.

AEDC had expected Anchorage jobs to grow by about 300 in 2019, marking an end to the city’s recession, the report said.

“A certain state fiscal crisis kind of blew us up on that (prediction),” Popp said.

The most job losses in 2019 came in retail trade, with the industry losing about 400 positions as national chains struggled to adapt to online ordering, he said.

Last year, Nordstrom and Pier 1 Imports announced closures of their stores in Alaska, just some of the impacts from what Popp described as the “Amazon effect.”

[Open & Shut: A new ‘nanobrewery,' Pier 1 stores closing and P.F. Chang’s will come to Alaska — with a catch]

The government sector in Anchorage lost about 370 jobs, the report said. Most of the losses were related to job cuts at the University of Alaska Anchorage, Popp said.

Government employment last year in the city reached a 22-year low, at about 27,000 jobs.

With state budget cuts expected to continue this year, the government workforce in Anchorage should fall again, though by a smaller amount, the report said.

The loss of retail jobs and state government positions will continue to drag on the economy, the report said.

But job growth should return this year, Popp said.

Anchorage is expected to gain about 100 jobs, ending the city’s recession, Popp said.

“Additional growth in health care, the visitor industry, construction, professional services and federal (census-related) government will be tempered by further cuts in retail and state government employment,” the report said.

Hilcorp’s proposed acquisition of BP’s oil field assets on the North Slope, a $5.6 billion deal, injects uncertainty into the forecast for the oil and gas sector, the report said.

“BP’s departure from Alaska clouds what would otherwise be a good employment outlook for the oil and gas industry in Anchorage,” the report said. “While Hilcorp will pick up a significant number of BP workers, and local hiring is expected by other firms (such as Oil Search), the net effect in Anchorage is likely to be a decline in oil and gas industry employment of about 200 jobs.”

David Wilkins, senior vice president for Hilcorp Alaska, said at the AEDC event that the company will post up to 200 job openings in the coming months. Hilcorp is still filling out its workforce for the North Slope oil fields it plans to buy from BP.

That could lead to slightly higher job growth than the report anticipates, Popp said.

“This is one of those moments where I don’t mind being wrong,” Popp said.