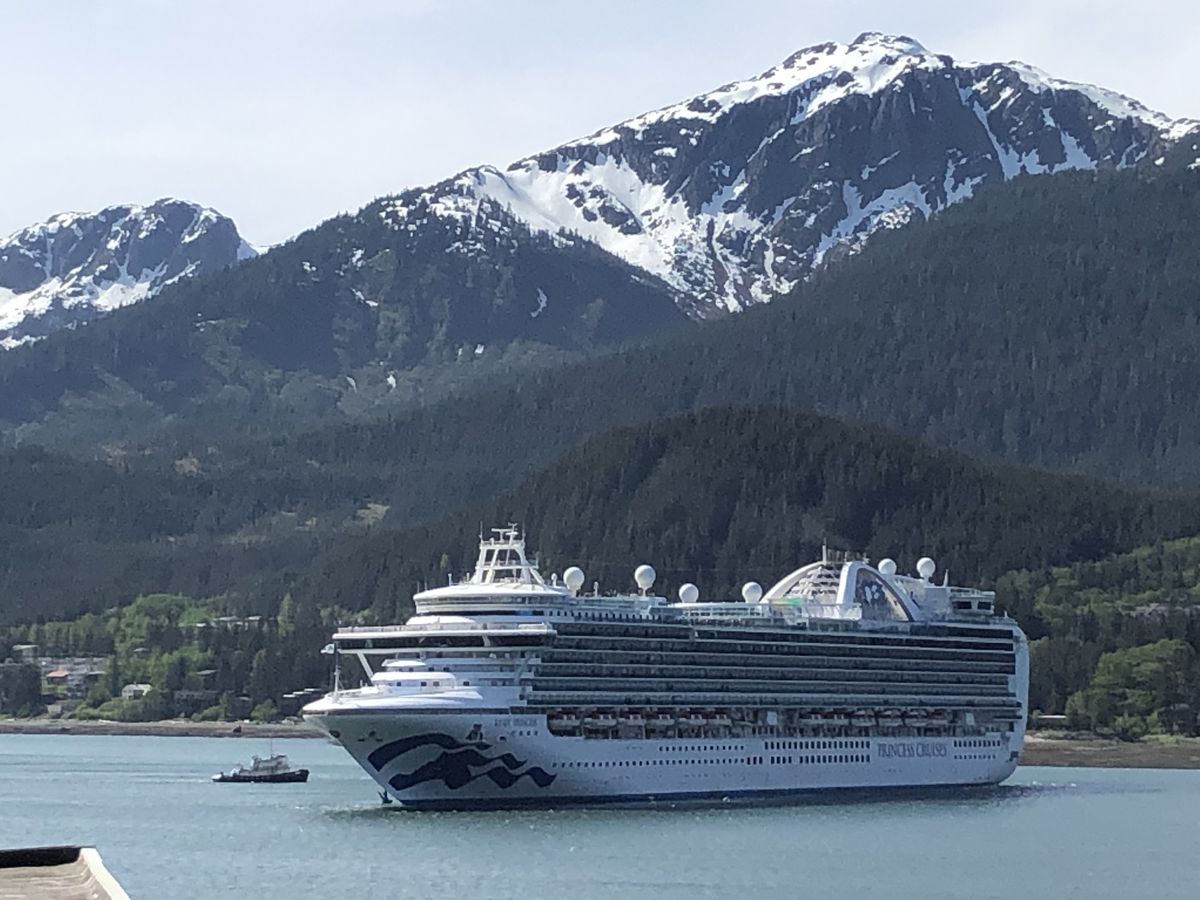 A tugboat escorts the Princess Cruises cruise ship Ruby Princess into the Port of Juneau on Monday, May 20, 2019. Mount Jumbo, officially known as Mount Bradley, is seen on Douglas Island in the background. (James Brooks / ADN)

A tugboat escorts the Princess Cruises cruise ship Ruby Princess into the Port of Juneau on Monday, May 20, 2019. Mount Jumbo, officially known as Mount Bradley, is seen on Douglas Island in the background. (James Brooks / ADN)

JUNEAU - Cruise ship companies dumped millions of pounds of trash at a private landfill in Alaska’s capital during the 2019 tourism season, officials said.

The City and Borough of Juneau provided data showing more than 3.3 million pounds of garbage came off the ships between Jan. 1 and Oct. 31 in 2019, KTOO-FM reported Wednesday.

Juneau City Manager Rorie Watt reached out to the cruise ship industry to ask the companies to stop the dumping, but there was not much more he could do, he said.

"The landfill's a private operation. The cruise ships are private operations," Watt said. "We don't regulate waste, garbage and hauling of garbage. So anything that we're able to do will be by negotiation with the cruise lines."

Juneau’s landfill is operated by Texas-based Waste Management Inc., which reported to the city that it accepted 1,534 tons of cruise ship garbage last year.

Cruise ship waste made up less than 5% of the garbage deposited in 2018 and 2019, but the landfill is expected to be full in 20 years.

Most trash from cruise ships is offloaded in the ports where the trips start, including Seattle, Vancouver and Victoria, Tibbles said.

Tibbles said he was unsure whether there will be time to completely address the issue before the next cruise season begins.

“Right now we’re researching the issue a little bit more amongst our member lines to see which vessels are offloading and how much,” Tibbles said. “We definitely have a goal of trying to reduce that amount as much as we can going forward.”