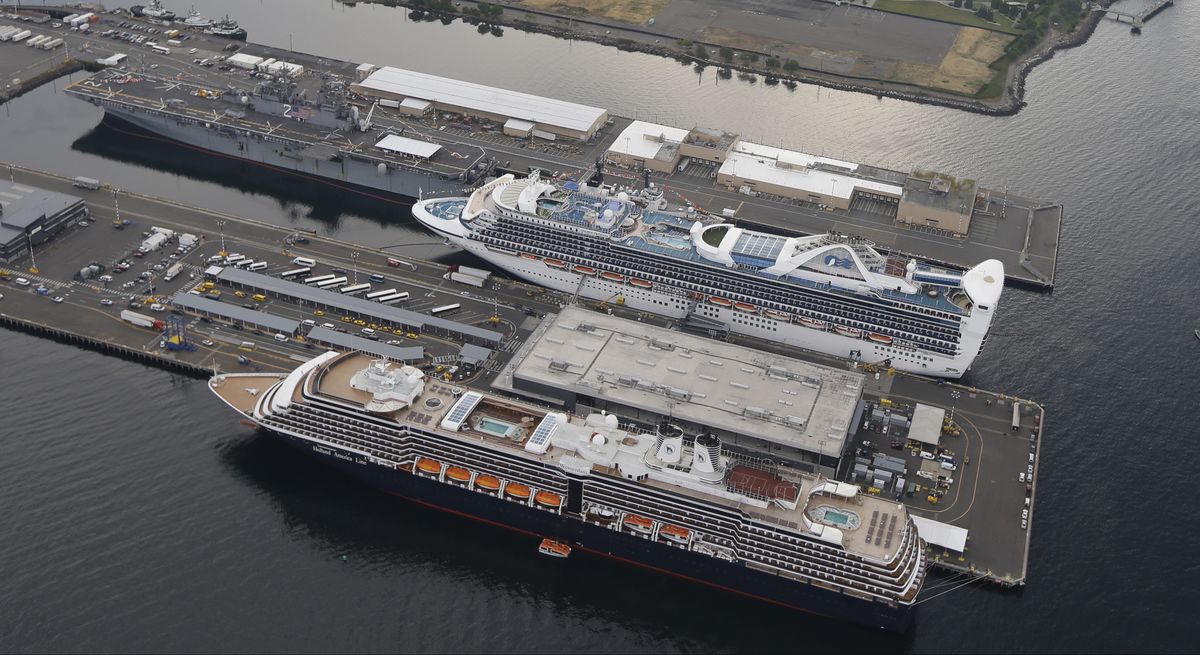 The Port of Seattle announced Wednesday that it will cancel two cruise ship sailings, the first of the season, due to concerns over coronavirus.

“This region is in a public health emergency," Port of Seattle commissioner Peter Steinbrueck said.

Wednesday’s announcement doesn’t directly impact any Alaska-bound cruises but signals the role the Port of Seattle may play in restricting cruise ship traffic during the coronavirus pandemic.

The cancelled April 1 and April 5 sailings were “port of call” visits, meaning ships would stop at Seattle for a day en route to another destination.

Most cruise ship sailings from Seattle are homeport sailings, where passengers begin and end their cruise in the Washington city, which has become the center of the U.S. coronavirus outbreak.

[The U.S. government just warned people not to travel on cruise ships because of coronavirus. What does that mean for Alaska?]

Alaska-bound cruises aren’t scheduled to begin arriving in the state until the end of April.

Juneau, a major cruise ship port destination, said it had been advised of the Seattle port decision, and emphasized that it would manage its port with guidance from state health officials.

“I want the public to know that we are focusing all of our efforts on the here and now – the risk of COVID-19 today, this week, next week," said Juneau city manager Rorie Watt in a statement Wednesday. “Cruise ships with passengers are not scheduled to come to Southeast until late April.”

Much will happen between now and then, Watt said.