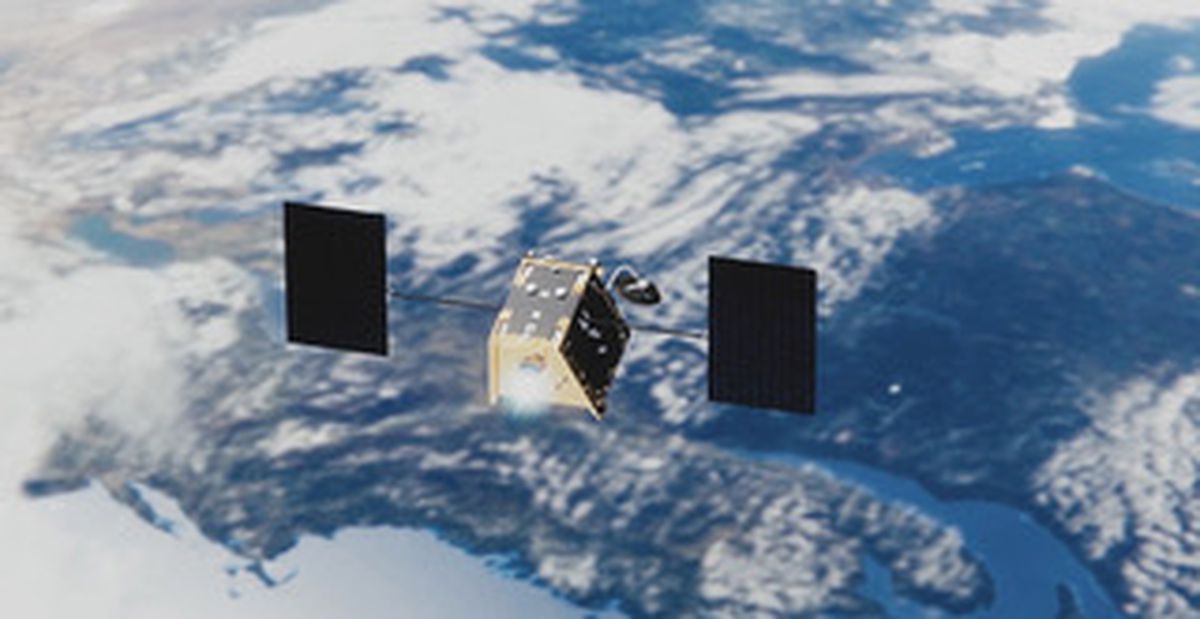 Pacific Dataport Inc., a two-year-old company created by Microcom, won’t be able to offer expanded satellite-based broadband later this year as planned after partner OneWeb filed for bankruptcy after losing its financing because of coronavirus fallout. (Courtesy image)

Pacific Dataport Inc., a two-year-old company created by Microcom, won’t be able to offer expanded satellite-based broadband later this year as planned after partner OneWeb filed for bankruptcy after losing its financing because of coronavirus fallout. (Courtesy image)

An international partnership aiming to boost Alaska’s broadband connectivity is over as a result of the COVID-19 pandemic.

Microcom founder Chuck Schumann announced in mid-January an agreement to be a distributor of space on OneWeb’s then-growing global broadband satellite network for Alaska and Hawaii through Microcom’s broadband subsidiary Pacific Dataport Inc.

A statement on OneWeb’s website says the company had been in advanced negotiations for investment that would have funded it through its commercial launch.

“While the company was close to obtaining financing, the process did not progress because of the financial impact and market turbulence related to the spread of COVID-19,” the statement says.

[From 2017: Can a new generation of satellites bring broadband to all Alaska?]

OneWeb representatives said the broadband network was scheduled to be up in Alaska by the end of the year.

Schumann said in an interview that he was very disappointed to hear about OneWeb’s bankruptcy, but noted the partnership was intended to add supplemental capacity to Pacific Dataport’s own Aurora broadband project.

“They had funding, everything was going forward and they were in a good place. We had some meetings in (Washington) D.C., that first week of March and everything was in place,” Schumann said of OneWeb. “And then, from the COVID crisis, the oil prices and the stock market tanked, which caused their financers, their backers to back out, so they stepped out and left OneWeb hanging.”

The regulatory issues inherent in a global network of LEO satellites are a constant challenge, according to Schumann.

He said OneWeb needed to deploy about 200 satellites to make the project work with Pacific Dataport.

The company had launched 74 satellites out of a total program of approximately 700, OneWeb said in a statement. About half of its ground 44 stations were complete or under construction as well.

Northern latitudes were going to get the first coverage as OneWeb continued to launch its satellite fleet from north to south through much of next year, company representatives said in January.

Schumann said it’s unclear at this point what impact the ongoing economic shutdown will have for Pacific Dataport’s Aurora broadband project, but he expects it to be delayed at least several months.

Pacific Dataport’s satellite manufacturer, San Francisco-based satellite developer Astranis Space Technologies Corp. is in the process of drafting a report briefing its customers as to what the current economic and supply chain situation means for its business and development schedule, according to Schumann.

“The difficulty over the last couple of weeks has been trying to predict what was going to happen next week,” he said. “Things change — I mean, every four hours it seems it’s different.”

The first Aurora satellite was scheduled to launch late this year with 10 gigabits of broadband capacity. A second satellite increasing the network capacity to 80 gigabits was set for 2022.

Schumann is also trying to determine how satellite launch schedules have changed in recent weeks.

“It’s got to impact us a little bit — within a matter of months, anyway,” he said.

For a host of reasons, Alaska is consistently listed among the states with the lowest levels of broadband coverage in the country.

Currently, Alaska has about 2.5 gigabits per second of satellite bandwidth across multiple broadband providers, according to Pacific Dataport.

He said Alaska’s lack of broadband capacity has just been exacerbated by many people being forced to work from home and hold videoconference meetings while health care providers are trying to deliver telemedicine during a health crisis.

The current work restrictions and health guidelines have added another layer of complexity to Microcom’s ongoing service as well.

Microcom has approximately 30 technicians that work in the field while administrative employees are working from home, according to Schumann. As has been the case for many companies similar situations, it was difficult obtaining basic personal protective equipment and hand sanitizer for employees in the first couple weeks that COVID-19 spread across the country, Schumann said, noting that the availability of those products has improved of late.

“We’re starting to get a handle on it. Nobody was ready for the crush of requirements — the crush of demand for those products,” he said.