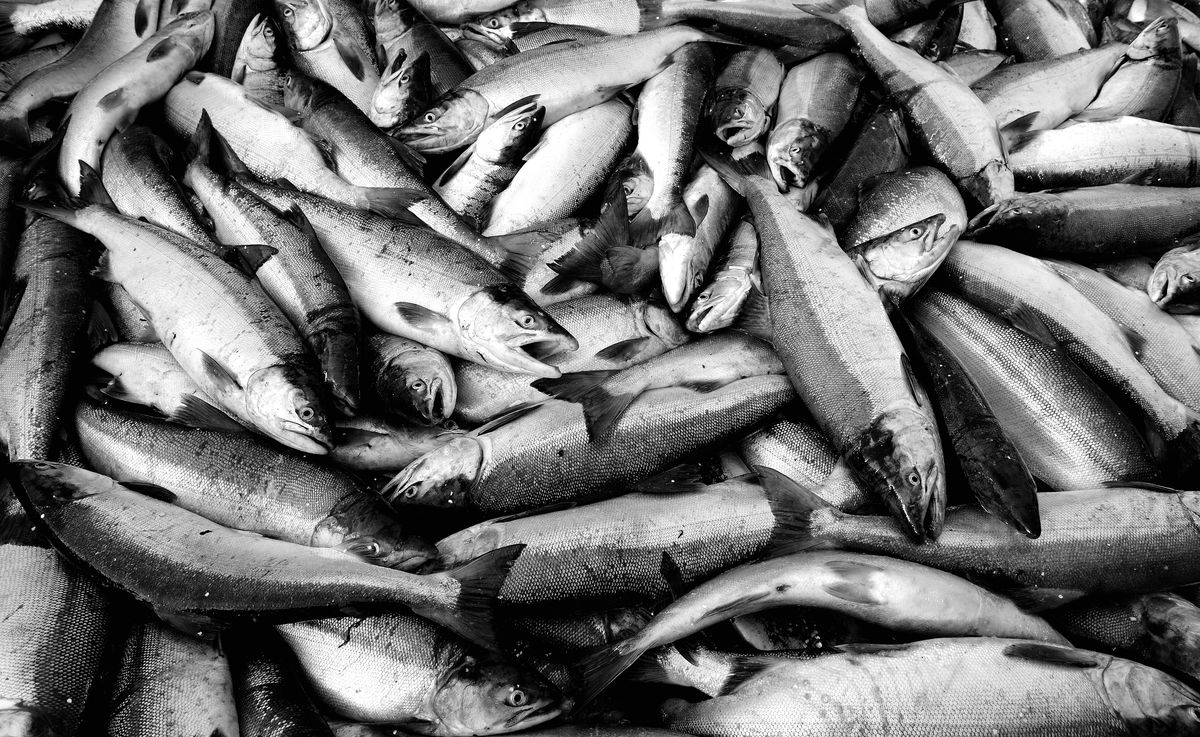 Alaska’s total salmon catch for 2020 is projected to be down 36 percent from last year’s haul of 207 million fish, the eighth largest on record that was valued at nearly $658 million at the docks.

In the Run Forecasts and Harvest Projections and Review of the 2019 Season just released by the Alaska Department of Fish and Game, managers are calling for a harvest of just under 133 million salmon across Alaska. The decline is driven by a much lower forecast for those hard-to-predict pink salmon of just over 60 million fish, down nearly 53 percent.

Here are the salmon harvest forecasts and outlooks for most Alaska regions:

For sockeye salmon, a harvest forecast of just over 48 million compares to 55.5 million reds taken in Alaska last year, or a drop of 13.3 percent.

A run of nearly 50 million sockeyes is expected to surge into Bristol Bay’s nine river systems, 6 percent higher than the 10 year average. That should produce a catch of 37 million reds, down from nearly 42 million last year.

Besides the Bay, the outlook for salmon fisheries in most other Alaska regions is fairly bleak.

All eyes will be on market reactions to the first fresh fish of the year in mid-May, when sockeyes and kings return to the Copper River near Cordova, regarded as the official start of Alaska’s salmon season. The famous fish typically commands the highest prices of the year at high-end restaurants and markets, but there’s little confidence in strong salmon sales amid the COVID chaos.

In Upper Cook Inlet, a run of about 4.3 million sockeye salmon is projected with a commercial harvest of 1.8 million fish. (In 2019, the UCI sockeye catch of 1.7 million was 1.3 million fewer fish than the preseason forecast of 3 million fish.)

“Like many recent years, a potential source of uncertainty regarding the 2020 pink salmon return is the anomalously warm sea surface temperatures in the Gulf of Alaska in 2019,” the Fish and Game report said. “Pink salmon that went to sea from 2014 to 2018 returned in numbers below expectation and below recent odd- and even-year averages. The impact of warm sea surface temperatures on the survival of pink salmon that went to sea in 2019 is unknown and adds uncertainty to the forecast.”

Kodiak also is calling for a low pink harvest at around 12 million compared to 33 million humpies in 2019. Mediocre fishing seasons also are projected for pinks and sockeyes at the Alaska Peninsula.

Fish and Game produces run forecasts for Chinook salmon in the Arctic-Yukon-Kuskokwim region and for Yukon river chums, where summer catches could reach 1,200 fish and in the 550,000 range during the fall fishery.

For the fifth year since statehood, there will be no buyer for fishermen at Quinhagak and Goodnews Bay in the Kuskokwim area. The region’s Coastal Villages economic development group built and briefly operated a plant at Platinum but abruptly closed it in 2015.

Fish and Game does not produce formal forecasts for salmon returning to the Norton Sound or Kotzebue areas. Harvest outlooks for those stocks are based upon parent year spawning escapements, age composition, recent trends, and the likely level of harvest and processing capacity that can be expected.

AK fishermen’s survey - Giving voice to Alaska’s fishermen during the COVID crisis is the goal of a new survey that targets both challenges and opportunities. The results will be shared with local, state and federal policy makers.

“We think it’s important to hear directly from fishermen, all these small businesses around the state, so we can put this information together and provide it to lawmakers and decision makers to help them make better and more informed decisions with input from the fleet,” said Tyson Fick, a Juneau-based fisherman and communications adviser for the group SalmonState, the survey sponsor.

Nearly every Alaska fishing boat is an independently owned business and the each state harbor can be likened to a mall in marina. But the boots on deck seldom get asked direct questions by policy makers, and most don’t have the backing of lobbyists or spokespersons to speak on their behalf.

“If you don’t go out and ask in a big way for input, fishermen are pretty notoriously tight lipped about where they’re at and what they’re doing. So it would be nice to take this time when it’s important to weigh in and let people know where we’re at and what can help us,” he said, adding that every member of Alaska’s diverse fishing fleet has valuable ideas to offer.

“If we’ve learned anything during this COVID crisis,” Fick said, “we look at who’s essential and often we’re not talking about a spokesman for any particular group, we’re talking about the people who actually do the work and move the fish and move the boxes around.”

The short, mostly multiple-choice survey asks fishermen their primary business concerns and what strategies they will use to reduce COVID impacts, how emergency funds can best be applied for Alaska fishermen, and how policy makers from local levels to Congress can assist.

There are a lot of good ideas out there, Fick said.

“Maybe there’s great free market opportunities or ways to change how we do things to stay relevant. Maybe it’s just some small policy or procedural changes,” he said. “These aren’t just small business owners and frontline workers but they also are voters and deserve to be heard.”

Deadline for the fishermen’s survey is May 1. Find it at www.salmonstate.org.

Quarantine cuisine a la Alaska pollock – Until recently, Americans ate more than 60 percent of their seafood favorites at restaurants. But COVID-19 has changed all that.

“I think we're in unprecedented times when everyone is at home and they're finding themselves having to cook breakfast, lunch and dinner not just for themselves, but also for their family. And a lot of people are not used to having to prepare three meals a day every day,” said Emily Metz, a strategy consultant with Genuine Alaska Pollock Producers, the marketing arm of the Alaska industry.

“So what we really needed to do as an industry was figure out how to help consumers that are facing these challenges with some new recipes and some new inspiration for their COVID cooking.”

GAPP has partnered with famous Seattle Chef in the Hat and restaurateur Thierry Rautureau along with a video blogger to show families how easy it is to take their culinary skills up a notch by combining frozen fish sticks, pollock fillets or surimi blends with basic pantry items.

The big shift to eating fish at home, Metz said, can be a boost to the seafood industry.

“Obviously, in this whole crisis there is a bright spot in retail in that more people are cooking at home because they're frankly forced to, and they're looking for ways to introduce new proteins to their diet,” Metz said. “It's a great time for wild Alaska pollock to be out there and to remind people that seafood is an amazingly healthy protein.”