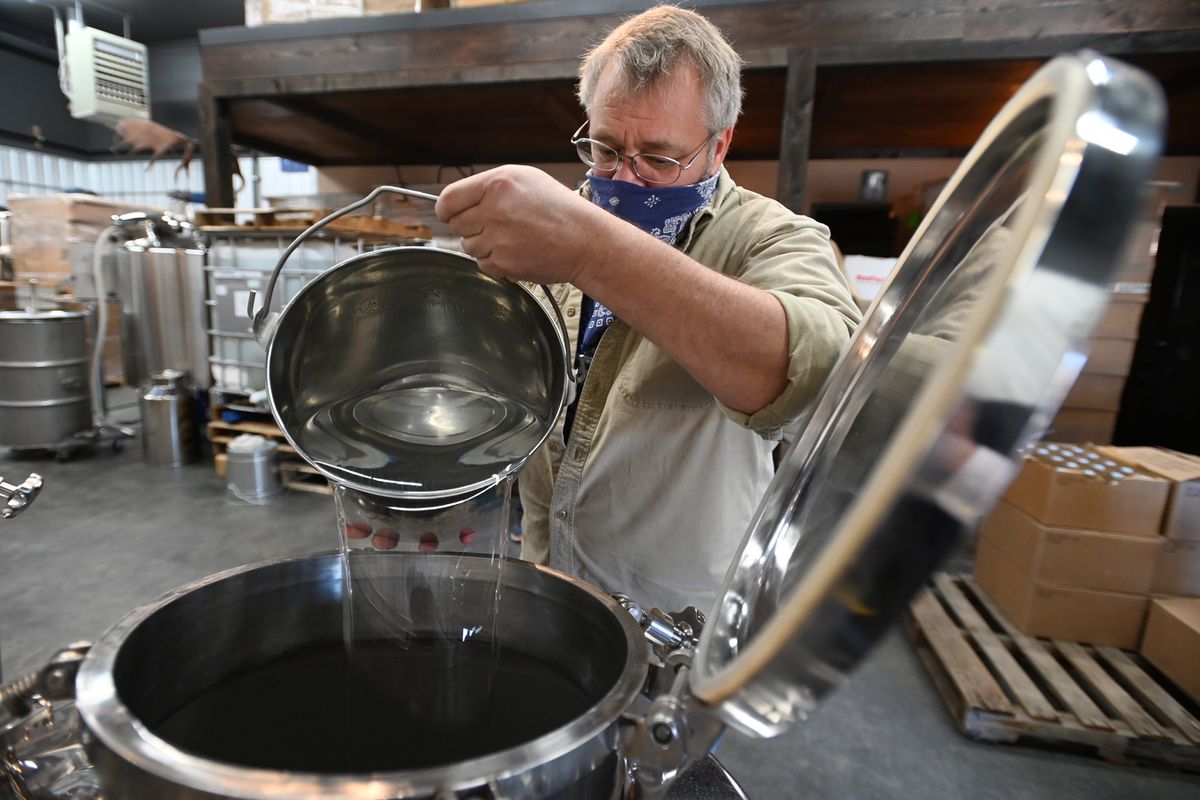 An Anchorage distillery hit hard by the economic repercussions of COVID-19 is helping its business and others after it began making hard-to-find hand sanitizer instead of vodka.

“It was make it or break it,” said Hilary Lockhart, who owns Alaskan Spirits Distillery with her husband, Zack. “I had $100 in the bank, and we had no idea where the money would come from. It was scary."

Vodka sales have plunged after the South Anchorage distillery shut down its tasting room following mandated closures, she said. Liquor stores also reduced orders for high-end liquor. And the distillery has gotten no emergency relief funds, she said.

Zack, fearful that other businesses and organizations might close if they couldn’t get hand sanitizer, urged her to make the product, Lockhart said.

“He said, ‘We have to do this to help the economy,' ” Lockhart said.

The distillery began taking orders for the sanitizer two weeks ago. They’ve received hundreds of orders, often in large batches. The cost of a 32-ounce bottle ranges from $25 to $40, depending on the order size.

The calls keep coming in, she said.

On Tuesday, Lockhart loaded box after box of the distillery’s first batch of hand sanitizer into the backs of waiting cars. Several hairdressers had pre-ordered 240 bottles. They’re among the first businesses allowed to reopen under city mandates.

Stylist Sarah St. John had ordered dozens of bottles. She planned to distribute them to about 20 stylists around Anchorage. Hand sanitizer must be available for customers, according to the city requirements.

The distillery isn’t working alone. Breweries have donated beer to provide the alcohol that’s a base ingredient for the sanitizer.

“We’re just taking the booze out of the beer,” said distiller Alan Hartmann.

To start the process, the distillery cracked open and poured 4,800 cans of the lemony beer into the still.

“It was a beer-pouring party," Hartmann said

Concentrated alcohol he called “hooch” dripped into a bucket.

He added glycerol for moisture as well as hydrogen peroxide, following a World Health Organization formula, he said. The Food and Drug Administration approved the sanitizer, Lockhart said.

Each bottle contains 80% alcohol. That’s well above the minimum to combat the virus, as recommended by the U.S. Centers for Disease Control and Prevention.

“Normally, I’d take offense at that,” he said.

Lockhart said the sanitizer sales will allow the distillery to stay afloat until the economy comes back.

She said it feels good to play a vital role during the pandemic.

“I’ve never been thanked so much,” she said.