Some Anchorage businesses had just opened. Then COVID-19 shut down the economy. 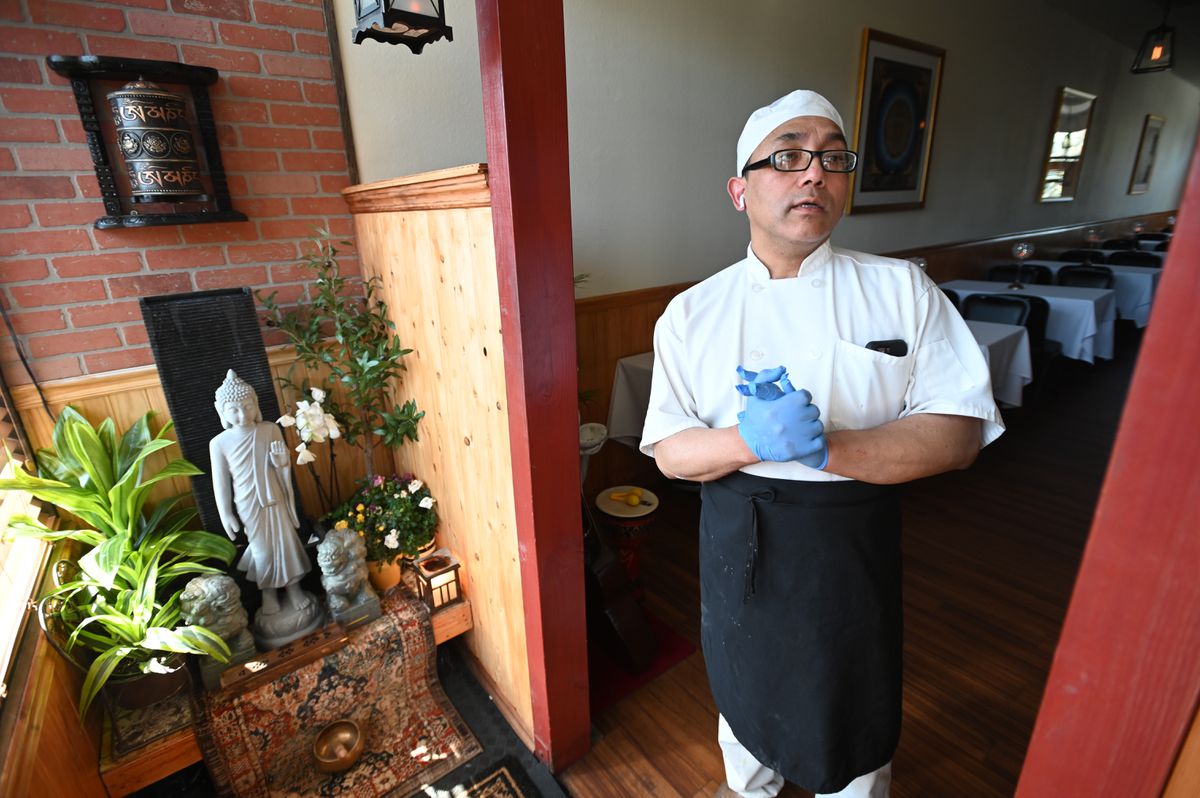 Sanjay Shrestha said his elderly parents consulted a Buddhist priest before he opened his Nepalese and Indian restaurant in South Anchorage. The priest determined that March 18 would be the perfect day to launch Mandala Restaurant, Shrestha said.

But the COVID-19 pandemic scuttled those plans.

Two days before the expected opening, Anchorage Mayor Ethan Berkowitz ordered the closure of dine-in service at restaurants and other establishments to help slow the spread of the virus in the city.

Now, two months later, Shrestha is a one-man show, scrambling to sell takeout orders to cover the bills. After he spent his life’s savings on his business, he’s praying daily for his success and others'.

“It’s a difficult time to start a business at a time like this," he said.

As the Alaska economy continued its recovery from a recession early this year, some businesses had just opened their doors when the COVID-19 restrictions forced them to shut down or limit operations.

Some new businesses have limped by on innovation and grit, while cutting costs and securing emergency loans for help.

Those that adapt and survive could excel when the economy regains its footing, said Jon Bittner with the Alaska Small Business Development Center.

“They could be very well positioned when things return to normal," Bittner said.

More businesses could fall, but that could help new ones survive in an environment with less competition, he said.

One in six Anchorage business owners believe they’re at risk of not surviving the shutdown, a recent local survey found.

“I have a fear for that because of the money I have spent,” Shrestha said.

The city on Monday boosted restaurant capacity to 50%. But Shrestha said his restaurant is too small to safely and economically provide dine-in service at that level.

His business hasn’t landed any federal aid. But he fortunately delayed hiring employees when he heard the March shutdown might be coming, he said.

The takeout sales started slowly, at $40 daily. But they’re growing.

[State officials recommend masking up, but for some Alaskans, it’s not happening]

They help pay bills and build clientele, he said, putting the phone down on Tuesday to serve a takeout customer.

“I love your food," said a voice on the other end of line.

"Well, you can spread the news,” Shrestha said.

The Bear Paw Bar and Grill, a Midtown Anchorage restaurant focused on local foods and drinks, opened just minutes before it had to shut down in March, managers said.

“It was a sad moment," Burnett said.

He said new restaurants like his should benefit from a “honeymoon period” that draws customers interested in trying something new. The local interest might help new businesses survive the pandemic-sparked downturn in tourism, he said.

More than $20,000 in food would have spoiled, so managers gave that to the employees, he said.

The situation is improving, Mooney said Tuesday as a worker stood in the sun, painting a fence for the beer garden.

With dine-in capacity now at 50%, the restaurant plans to open on May 22.

“We’ll have the cleanest restaurant in town,” he said, gesturing to the little-touched dining area.

Amber Jackson, an owner at Onsite Brewing Co., said she lost 70% of her sales after the city prohibited drink service in breweries in March. The small Midtown brewery opened in December.

“It was pretty stressful because it took us a year to open, and we thought we were over the hard part,” Jackson said. “We didn’t have ‘global pandemic’ in our business plan."

The city on Monday allowed breweries to open at 25% capacity.

Onsite is too small to profit at that level, she said.

She and her business partner recently dipped into an emergency fund to buy a small canning machine.

They’re now selling four-packs of beer online, for pickup. The sales have made up for some of the lost income, and they’ll continue providing new revenue in the future.

“Selling cans was something we talked about for a while," Jackson said. “But this pushed us over the edge.”

He could have stayed open during the pandemic because he sells essential items, same as a grocery store. But he closed his doors to protect himself and customers, he said.

Since then, he’s boosted online marketing and introduced curbside service and home deliveries.

"It’s paying the bills, and we got some of the federal money, so that helps keep employees employed,” he said.

He might keep operating as is until late this summer, when he’s more comfortable the virus won’t be a problem.

“We’ll open it up and I may continue to offer home delivery,” he said. “It seems to be working out.”