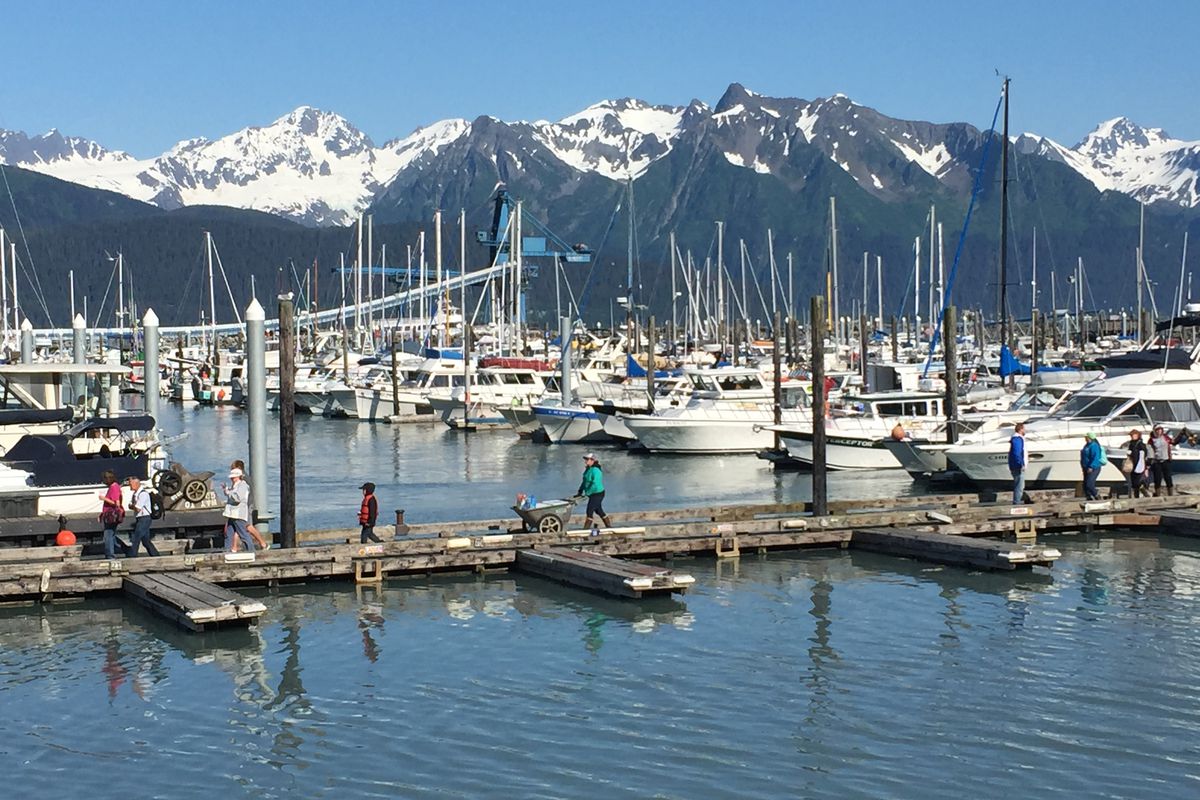 On a sunny Thursday, Ben Martin should have been fishing. Instead, the head of the Homer Charter Association was off to work on a construction site.

Martin, like fishing guides, lodges and charter boat operators across Alaska, has been almost completely shut down by the coronavirus pandemic. Though charter fishing is still allowed under Alaska’s public health mandates, anyone entering the state needs to quarantine for two weeks.

“The travel ban basically is shutting down the whole industry, and until that is lifted, we’re not going to have any out-of-state clients,” said Richard Yamada, head of the Alaska Charter Association.

By this point in the year, Martin has typically taken 15 or more visitor-paid trips into Kachemak Bay in search of halibut. This year, his first was on Saturday, and he doesn’t have another booked until May 27.

He was lucky enough to get a construction job, he said, but other fishermen might not have that option.

“So far, it’s pretty bad,” he said while driving his truck down the Homer Spit.

Over the phone, he nodded toward a bait shop.

“I’m driving by one of the bait shops now, and they have not opened their doors. Normally by the middle of April, they’re cranking out bait sales,” he said.

Ninety percent of her business, she estimates, involves serving the charter industry. Now she has the shop up for sale and doesn’t know if she’ll be able to stay in business.

“That’s probably going to sink us,” she said of the pandemic, which arrived the year after wildfires caused travel problems on the Kenai Peninsula.

[As Alaska’s summer tourism season nears, a mix of unease, resistance and hope at the end of the road]

Sportfishing is big business in Alaska. A 2017 study funded by the Matanuska-Susitna Borough determined that out-of-state sportfishermen spend $358 million per year at Alaska stores and businesses in Cook Inlet alone, about as much as in-state fishermen did in the region.

Statewide, the market for tourist-related sportfishing is huge. Last year, nearly 300,000 Alaska visitors bought temporary sportfishing licenses, according to statistics kept by the Alaska Department of Fish and Game.

An informal poll conducted by the Alaska Charter Association found two-thirds of respondents have seen their bookings fall by at least half. Only 28% said they were confident they will be in business next year.

“Can you imagine being on a vessel where you have to wear gloves and masks and stay away from other people, and at the lodge, you can’t sit across from someone?” he said. “You’d feel like you were on a hospital ship.”

[State officials recommend masking up, but for some Alaskans, it’s not happening]

In Seward, Bob Candopoulos has been a sportfishing guide for 41 years. He now owns a lodge and a handful of fishing boats. He said lodge owners like him have the resources to make it through a tough summer, but younger guides — those who just have a boat and a “six-pack” license — are in trouble.

“These people live off the deposits in the wintertime, and now they’ve got to give all that money back, and they don’t have it,” he said.

With tourists canceling, guides are trying to encourage Alaskans to take their place. On Friday, federal regulators approved a proposal that would help the process.

Andy Mezirow is a sportfishing guide in Seward who also sits on the North Pacific Fishery Management Council. Under his proposal, charter boats would have the same halibut bag limits as Alaskans fishing on their own. Right now, it doesn’t make sense for Alaskans to fish for halibut from a charter boat, since they’re allowed to catch more fish if they go on their own.

The change would last through the 2020 halibut season.

In Homer, Martin said he hopes it helps. He was among the people who signed a letter urging the council to make the change. That said, he still worries about a “nightmare scenario” later in the summer.

If charter businesses spend money preparing for public health restrictions to lift, what happens if tourists bring the pandemic back to Alaska?

“That would be pretty devastating,” he said.

At the bait shop, Kumfer said she shares that worry.

“It’s going to cost quite a bit of money for me to open up my store,” she said. “What happens if they put all the restrictions back into place, and then — wow — I’m really out all that money?”