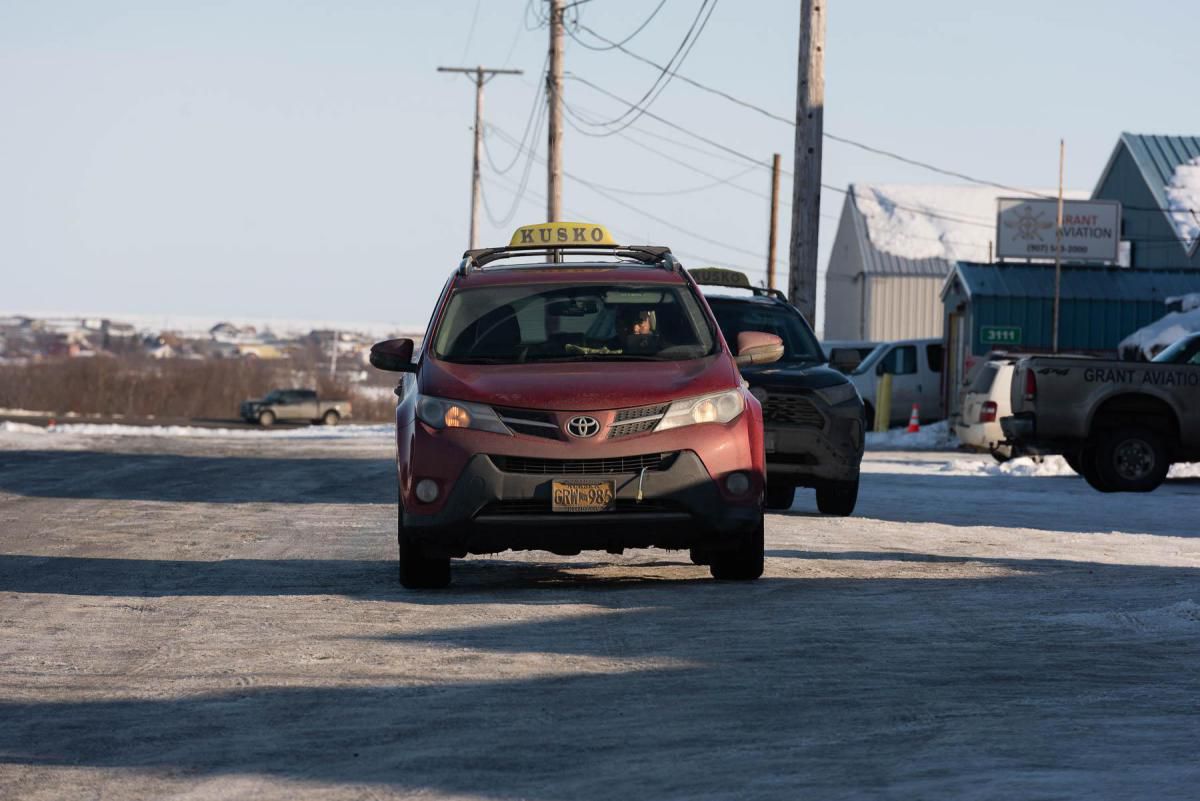 BETHEL -- Bethel is back to shared cab rides and flat fares after the emergency COVID-19 taxi rules expired on May 24.

But the coronavirus pandemic isn’t over, and some people are refusing to share a cab with strangers, causing financial problems for at least one Bethel cab company that says going out of business is a possibility.

Beginning March 20, Bethel’s largest taxi company, Kusko Cab, shut down for 10 days because many of its drivers refused to work due to fears about COVID-19. On April 1, the city instituted new emergency rules that prohibited strangers from sharing a taxi, which brought Kusko Cab back on the road. On May 24, the Bethel City Council allowed the emergency cab rules to expire, bringing back the shared-ride system and flat fares.

Eight Kusko Cab drivers then quit because they didn’t feel it was safe to go back to normal, according to Kusko Cab co-owner Naim Shabani. In addition, Shabani said, customers are requesting private cabs, even though rules allow taxis to pick up multiple passengers.

He said that his company is complying with these requests for now, but with fares back to a flat rate due to city requirements, he doesn’t know how long that can continue.

“We can’t send everybody an empty cab for $5. That is just mathematically impossible,” Shabani said. “It’s just that there is no profit in doing that. As a matter of fact, it’s the opposite. There’s literally a loss.”

Because of the requests for empty cabs and a general decrease in taxi riders, Shabani said, his company isn’t charging drivers their regular dispatch fee. Normally, cab drivers pay the taxi dispatch company a weekly rent for their vehicle permit.

“In the last two and a half months, Kusko Cab has made zero dollars off of its drivers,” Shabani said.

If the empty cab requests become more popular during the COVID-19 pandemic, Shabani says, he fears the worst.

“You have a cab carrying just one person, we are going to go out of business before you can write your next article if this starts happening mainstream,” Shabani said.

He has asked the city for help keeping his business afloat. At the last city council meeting, City Manager Vincenzo “Vinny” Corazza introduced an ordinance on behalf of Shabani that would require taxis to install a meter. Shabani said that this would give riders a private taxi, while ensuring that rides remain profitable for the driver. The city council shot that idea down.

“It’s just, at the rates that were proposed, it was too high,” said council member Alyssa Leary.

But Shabani sees it differently. He says that the city is asking for too much.

“Now the issue is not only do they not want to share a cab, but they’re not really interested in having their cab fare raised,” Shabani said. “Unfortunately, these two together are impossible.”

He says that the city should consider other options, like higher flat-rate fares if people want a private cab.

Bethel’s second-largest taxi company, Alaska Cab, is facing a similar downturn in business due to the coronavirus pandemic. But co-owner Choon Chung says that he’s glad the cab rates are back to normal, saying that the per-minute charge was too expensive for riders.

While his drivers are making only half of their usual fare, he says, that’s better than nothing.

City Manager Corazza is working on a way to use emergency funds to help the cab companies’ bottom line and also protect the community’s health. It’s a cab voucher program so elders can guarantee a private cab to themselves.

“The coupon will tell the driver, ‘Please do not pick up additional fares. I am a high-risk elderly rider. I don’t want strangers sitting next to me,’” Corazza explained.

The elder would pay their normal fare along with the coupon, which the cab driver could then redeem with the city to compensate the driver for not picking up other passengers. Corazza said that the city will use federal CARES Act funding to pay for the program. And since the city has $8.4 million in CARES Act funding, Corazza said that the private cab voucher program could potentially expand.

“We want to roll it out with the elders first, and if the program works the way we intended, we could probably roll it out to high-risk groups,” Corazza said. “And then, you know, that question of well, what of the rest of the people who are healthy but concerned, you know, can they do that as well? So, I mean, we could, we could take it step by step.”

Corazza said that he is able to act without city council approval since he isn’t changing the price of a cab ride. He said that the private cab voucher program for elders will be live by June 15.