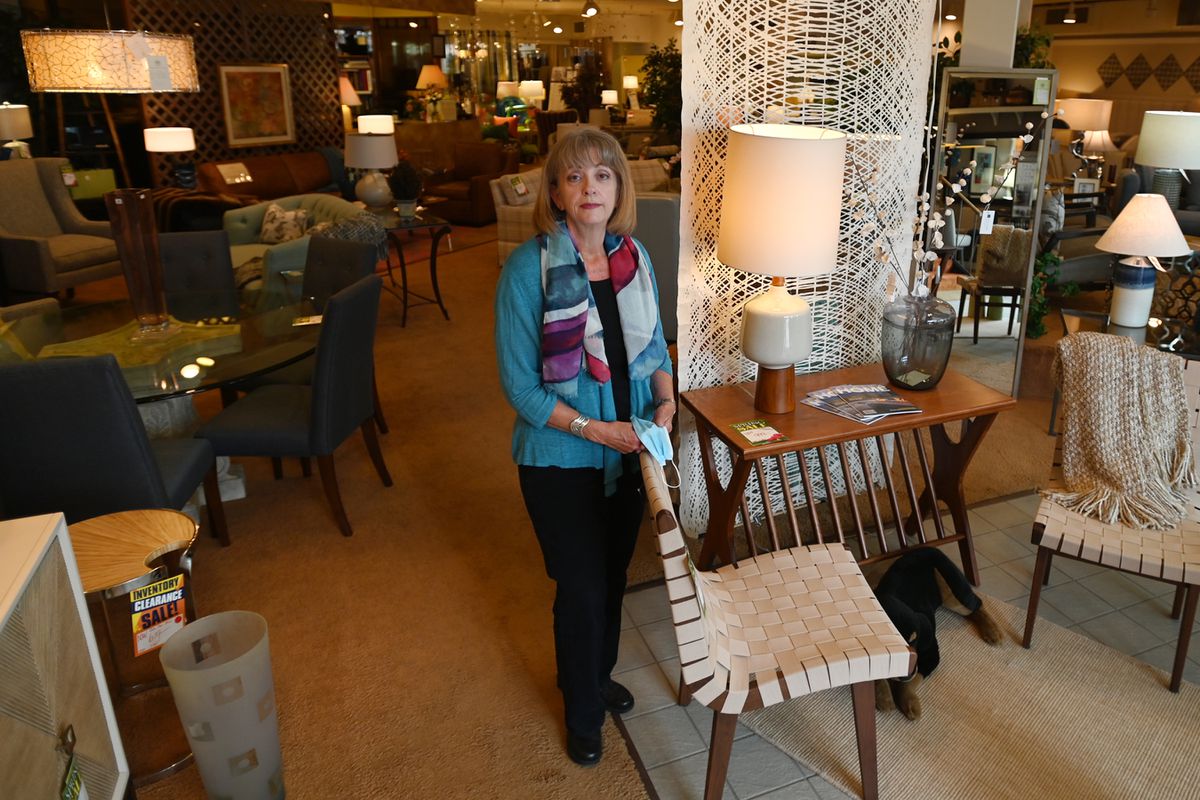 State legislators and business owners are clamoring for changes to Alaska’s new anti-pandemic grant program, saying as many as a third of the state’s small businesses are ineligible.

Without changes to the $290 million AK CARES program, some businesses say they could be forced to close.

“Every day is a battle,” said Colleen Hickey, who owns Furniture Classics in Anchorage.

Her store has been in business for almost 30 years but was deemed nonessential amid pandemic restrictions and closed for 5 1/2 weeks this spring. She applied for and received some federal aid, but the state program forbids applicants who received federal aid.

The state program is more generous than the federal programs: It provides grants of between $5,000 and $100,000 that can be used for rent, utilities and more. Most federal programs provide smaller loans with limited uses.

“It’s not right. We should be able to apply for this as much as any other business if we meet the requirements,” Hickey said of the state program.

Kenneth Wake spent his retirement savings to open Prepper’s Pack, an outdoor supply company. He said the restriction has his business in a day-by-day struggle for survival.

He received a $2,000 advance from the federal Economic Injury Disaster Loan program, enough to exclude him from receiving state aid but not enough to stay in business. He tried returning the money, but according to the state’s application, that still wouldn’t make him eligible.

“If we get support from our community, there’s a good chance we can survive. If we don’t, we probably don’t,” he said.

“The bottom line is there needs to be some adjustments in the program,” said Tim Dillon, executive director of Kenai Peninsula Economic Development District Inc.

Dillon, who oversees the regional economic development organization for the Kenai Peninsula, said about half of the businesses in his region can’t apply for the state program because of the federal-aid rule. Shirley Marquardt of the Southwest Alaska Municipal Conference said she thinks there are “quite a few” in her region, maybe 50% in places.

Bill Popp of the Anchorage Economic Development Corporation thinks about a third of businesses statewide could be ineligible.

"I’m a big proponent of a change and coming back into (legislative) session and getting this damn thing fixed,” he said.

In its first draft, the AK CARES program was proposed as a loan program open to businesses that had not received federal aid.

Micaela Fowler, administrative services director for the Department of Commerce, said in late May that when that restriction was written, it "was originally included out of concern for making sure that all Alaskan businesses would have access to some relief.”

The loan program became a grant program after the administration rewrote some of the guidelines, but the restriction stayed.

Interested in speedy aid, the Alaska Legislature approved the governor’s proposal as written.

On the same day the Alaska Senate voted 19-1 in favor of the plan, the Alaska Industrial Development and Export Authority heard testimony against the federal-aid rule.

After that testimony, Commerce Commissioner Julie Anderson promised changes, and draft rules proposed by her department allowed state aid for businesses that received less than $5,000 from the federal government.

Nate Vallier, a Juneau businessman who operates tourism businesses, was grateful for that exemption, because he received less than that from the federal government and believed he could get about $60,000 from the state.

But a few days later, the state launched its aid program with the full restriction in place. Because the Legislature had already approved the plan, it was too late for the Commerce department’s change.

“It was like a sucker punch,” he said after learning that his application would be rejected.

Last week, Anderson told a meeting of the Alaska House Finance Committee that the Department of Commerce was working with the Alaska Department of Law to see if the rule had any flexibility.

“We do not have an update to provide today, but we’re getting closer. This is a top priority for our department,” said Glenn Hoskinson, a special assistant in the department, on Monday.

Over the weekend, the six members of the Alaska Senate’s Democratic minority called the rule a “critical mistake” and said a special session of the Legislature could fix the problem. Forty of the Legislature’s 60 members (or the governor) are needed to call such a session, but on Monday, lawmakers said there wasn’t sufficient support.

Daniel McDonald, a spokesman for the predominantly Republican Senate majority, said senators do intend to reconvene later in the year on other matters, but there haven’t been new developments on AK CARES.

The House Finance Committee is scheduled to meet on Wednesday to discuss possible solutions.

“That should shed more light on any pathways forward,” he said.