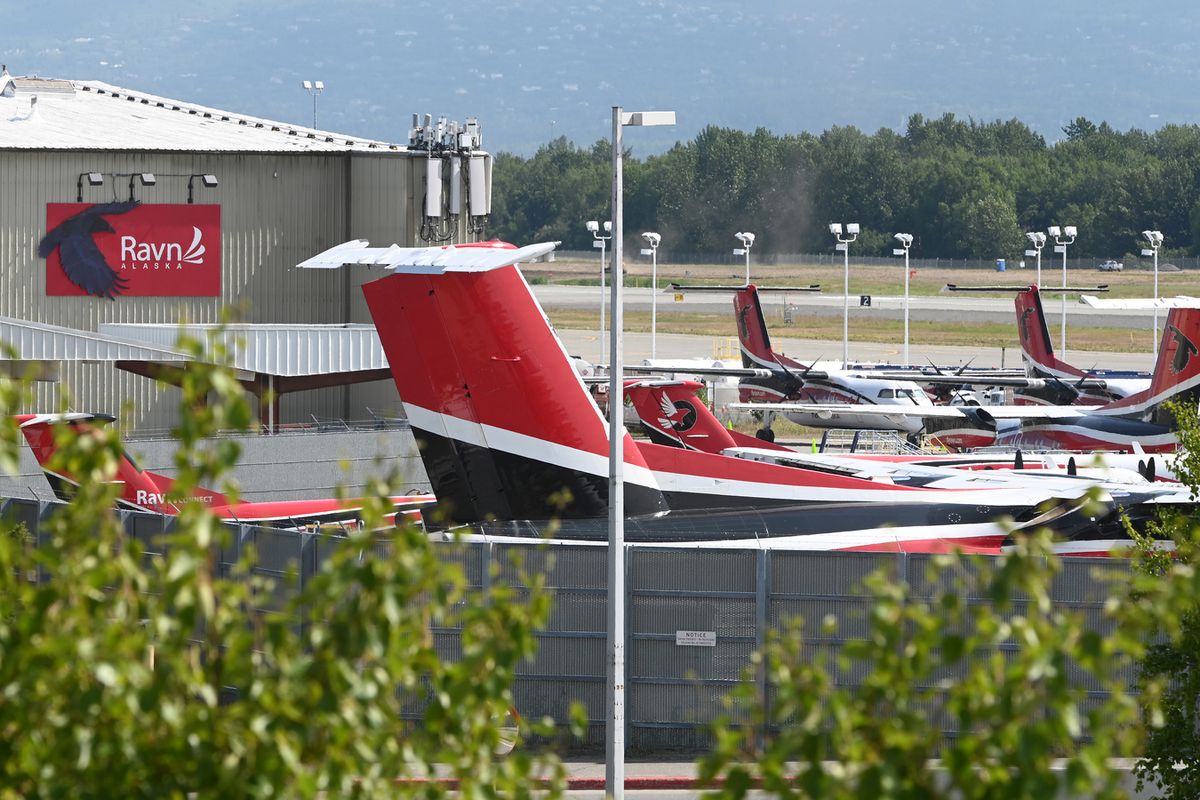 A federal judge in Delaware confirmed Thursday that Alaska’s largest rural air carrier will be broken up and its airplanes, ground equipment and licenses sold to different companies, some outside Alaska.

A Southern California firm, FLOAT Shuttle, has bought six of RavnAir Group’s largest planes and its Part 121 operating certificates, which would allow it to resume regional air service in rural Alaska.

Rob McKinney, president of FLOAT Shuttle — the initialism stands for FLy Over All Traffic — said “Dutch Harbor is probably at the top of our list” when service resumes, but he couldn’t say how long that would take.

He said the new airline will operate under the Ravn name for the “foreseeable future.”

He doesn’t know how many former Ravn employees will be rehired for the new version of the company, but the goal “is to put as many Alaskans back to work as we possibly can, but we need to do it smartly.”

Float Shuttle offered $8 million for the six Dash 8 aircraft and two certificates after they failed to sell at auction. FLOAT Shuttle didn’t bid on any of Ravn’s ground services, and McKinney said ground support is among the issues that need to be worked out before flights resume.

RavnAir declared bankruptcy in April, and between Tuesday and Thursday morning, most of its assets were auctioned in separate lots for a combined $47 million. Attorneys said Thursday that the company has $36 million in remaining debt, plus interest.

Ratifying this week’s sales, Judge Brendan Shannon said he regards the results of the auction “frankly, as a very, very positive result.”

Wright Air Service of Fairbanks purchased four aircraft, along with Ravn facilities in Barrow, Deadhorse, Galena and Fairbanks, for $12.8 million.

Company co-owner Matt Atkinson said Wright already operates in those places, and it began flying some former Ravn routes after its competitor went out of business, so the purchase made sense.

The company has already hired some former Ravn workers, he said from Utqiagvik, where the company has had 11 such employees for three months.

President and CEO Robert Kelley said that will expand his company’s fleet by 40%, but he’s not trying to expand the airline’s footprint, “just meet the needs of the communities.”

“We’re expecting the passengers that used to ride on Ravn will now ride on our planes,” he said.

Like Wright, Grant has hired some Ravn employees, and Kelley said that when the purchase arrangement is finished, another 75-100 former Ravn workers will be asked if they want to join.

That will take some time — all the companies buying pieces of Ravn will need to close their deals before taking possession.

Other companies that picked up assets:

“We are extremely excited about today’s outcome,” Ravn CEO and president Dave Pflieger wrote in a statement.

“While it is truly unfortunate that we can’t restart our RavnAir Connect Part 135 airline, we are hopeful that the Alaska-based buyers of those assets will hire many of our former employees; and we are thrilled to hear that the FLOAT shuttle team intends to rehire as many of our remaining employees as possible and quickly resume flights to the many vital communities Ravn serves throughout our great state,” he said.