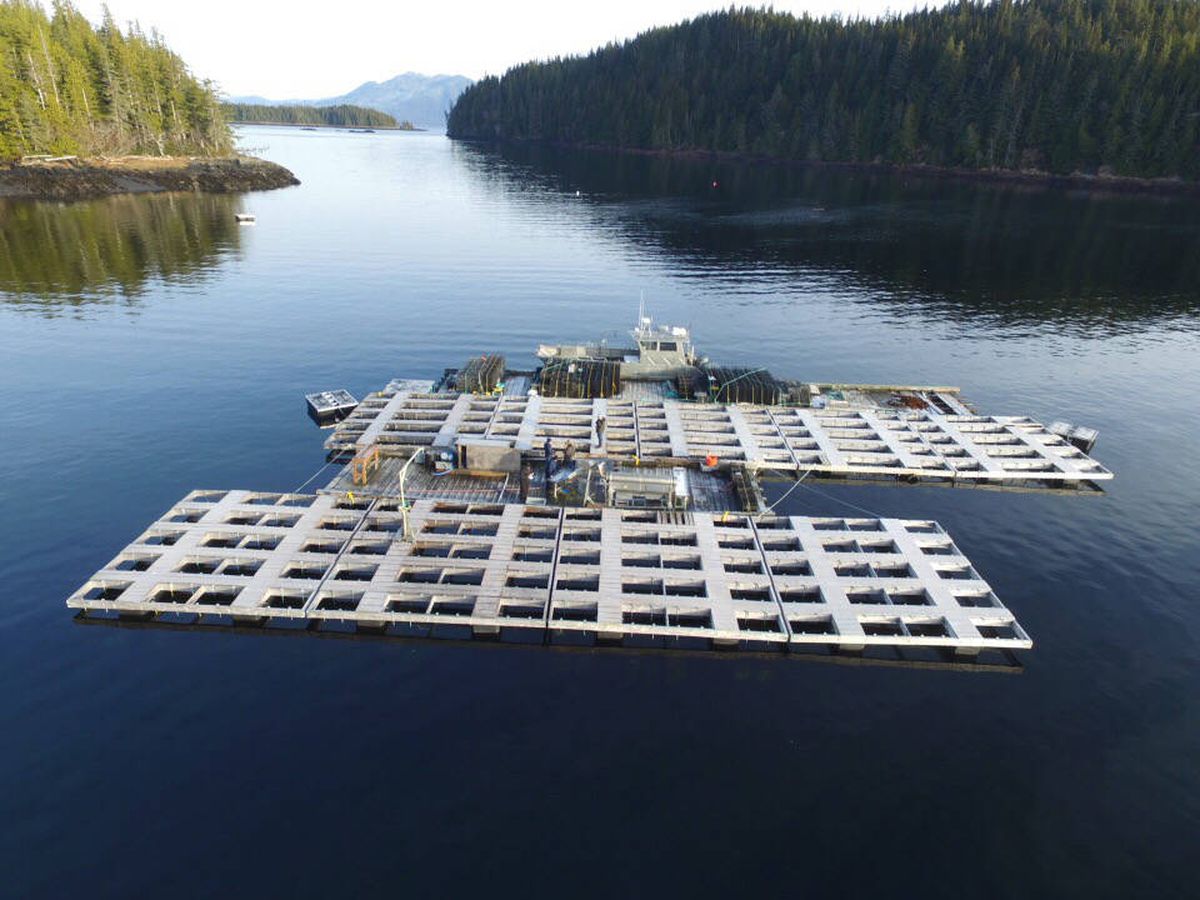 The Hump Island Oyster Co. in Ketchikan is struggling with the impact of market losses as oyster stocks pile up with nowhere to go. The mariculture industry has emerged as a source of innovation in Alaska fisheries in the past several years, but 43 percent of owners responded to a survey in March that revenue was down by more than half. (Photo courtesy Hump Island Oyster Co.)

The Hump Island Oyster Co. in Ketchikan is struggling with the impact of market losses as oyster stocks pile up with nowhere to go. The mariculture industry has emerged as a source of innovation in Alaska fisheries in the past several years, but 43 percent of owners responded to a survey in March that revenue was down by more than half. (Photo courtesy Hump Island Oyster Co.)

For the past few years, mariculture has been the hot topic of innovation in fisheries in Alaska. But when the coronavirus pandemic hit, many of the budding farms took a huge financial hit to their operations.

In the past five years, Alaska has seen a boom in the number of applications for mariculture operations, focusing on oysters, geoduck clams and kelp. Their main outlet has been in restaurants and wholesale food service, where they’ve been able to carve a niche for sustainably grown Alaska seafood and supply markets both in the state and the Lower 48.

But the coronavirus pandemic closed restaurants across most of the United States in March, and large events or group cafeterias that required catering or food service remain mostly off the table. That left the mariculture farms in Alaska with a much more limited market but still a lot of product to move.

For Ketchikan-based Hump Island Oyster Co., it’s going to be a tough year. Owner Trevor Sande said the company has mostly sold its oysters to wholesalers who distribute to food service businesses and retailers, with some going to local sources. They also grow a small amount of kelp, but the majority of the farm produces oysters. With seven years of shellfish growing under their belts, Hump Island has been increasing its business size every year, and this year’s plummet leaves them with a lot of oysters that don’t have anywhere to go.

“It’s going to be a tremendous disaster, financially,” he said. “We have six to seven million oysters in the water right now. We’re just going to need to keep borrowing money to keep them alive and keep up with the husbandry.”

Sande said this year they were planning to expand their tours, pulling in more cruise ship passengers and visitors to Ketchikan. But with cruise ships docked and the Canadian border closure limiting ferry visitors coming from Prince Rupert, Ketchikan is quiet.

Oyster farmers may be getting hit twice, too. Sande said his farm, like many others in the state, uses floating rafts and trays to cultivate oysters because of a lack of suitable tidelands in the Ketchikan area. That means that in order to build capacity, farmers have to first build more rafts with trays. That costs money, and without anywhere for the oysters to go, it’s either throw out more or swallow the cost for more infrastructure.

A survey conducted by Alaska SeaGrant in February and March showed that many farms had to lay off staff after the mandates sharply reduced revenue. About 43 percent of respondents said their revenue was down by more than half, and more than a third had laid off employees. The vast majority cited restaurant closures as the reason, though about half said labor shortages or reduced export opportunities were also responsible, according to the survey.

The winter months are mostly kelp harvest. Oysters are harvested in the summer, and while some restaurants have reopened, mandates vary across the country and restaurant sales are still down. Some oyster farmers cited concerns about wasted harvest due to labor shortages, according to the survey.

That’s not been Sande’s experience so far in Ketchikan, where he said plenty of people are out of work because of the downturn in the tourism industry.

“Ketchikan’s been so devastated by the lack of any cruise ships,” he said. “If I could afford it, I ‘d hire 20 of (the displaced tourism industry workers). We do most of our work from May through September.”

Getting a mariculture farm off the ground is expensive, both for the working capital for business expenses and the permitting. But in early 2019, so many people had applied that the state was backlogged nearly a year-and-a-half on approving applications. There are still some that haven’t been processed, and once they are, there may be a lull in people being willing to lay out cash to build up farms, said Julie Decker, executive director of the Alaska Fisheries Development Foundation.

One thing that may rise from the difficulty in the supply chain for mariculture businesses is a diversification of products, but even that takes time and money. Rebranding, reinventing, and remarketing can be challenging, Decker said. While demand in restaurants has been down, demand in retail has been up during the course of the pandemic.

Mariculture businesses that have heavily relied on restaurants or wholesalers may have to diversify, similarly to how the salmon fisheries had to change to frozen fillets from canned after farmed fish began challenging their market. For some products, shifting to frozen or online has been easier than others—for example, kelp farms have been providing product to Juneau’s Barnacle Seafoods, which has been selling shelf-stable products like salsa and seasoning for some time, Decker said.

“A live product like a live oyster (or a ) half-shell oyster has more challenges than some other products to shift quickly. Transportation is hard for online sales unless you can get to a frozen product,” Decker said. “When you put all your eggs in one basket, when there’s a disruption, you’re hit really hard.”

Ocean farming has been attractive for Alaskans, particularly for fishermen in regions who have increasingly seen their fisheries restricted due to low abundance and the cost to participate continue to rise.

“It’s hard to say how drastically this will impact development in the next couple of years,” she said. “Sometimes crises force people to do things different, or drive them toward change faster than they would have otherwise. It’s hard to tell exactly how it’ll turn out.”

Sande said the farm is luckily not his family’s sole income, and they’re working on some other options, like canning smoked oysters, to take care of some product. At the end of next year, though, if the farm’s not making money, he said they’ll make a decision about whether to keep going.