Pandemic sends Alaska Air into the red for latest quarter 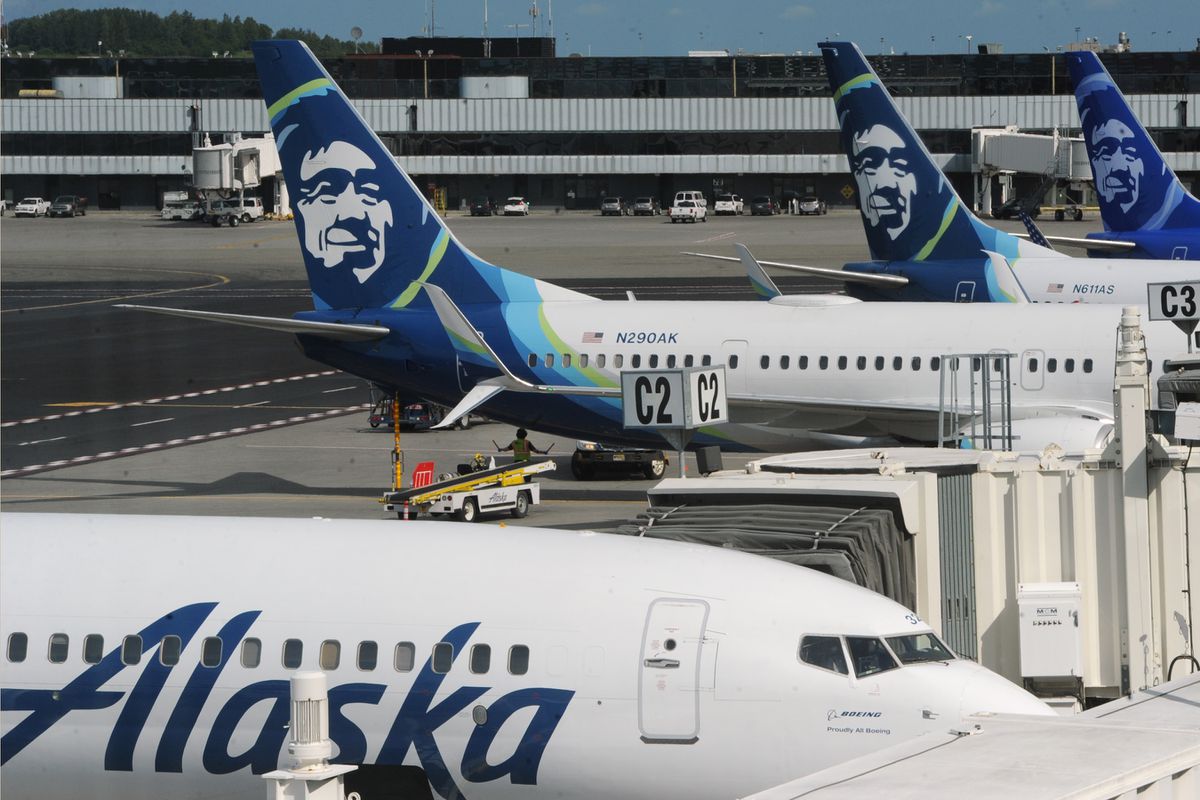 In what airlines can only hope is going to prove the worst quarter of the coronavirus pandemic, Alaska Air Group lost $214 million in the last three months, despite the government’s infusion of $362 million in a grant through the Payroll Protection Program.

That’s a loss of $1.73 per share for the parent company of Alaska Airlines and regional carrier Horizon Air, compared with a net profit of $262 million, or $2.11 per share, in the same quarter of 2019.

Total revenue for the quarter was just $421 million, down from $2.3 billion a year ago.

[Alaska Airlines avoids pilot layoffs for now, but outlook is unclear for other employees]

American reported a net loss of $2.1 billion for the quarter, despite receiving $1.8 billion in government financial assistance through the payroll protection program.

Southwest’s net loss for the quarter was $915 million. It did not separately state the payroll protection support figure.

In May, Tilden said the top priority to get Alaska Air through the crisis is to cut the rate at which the company is burning through cash.

The company’s quarterly financial results, announced Thursday, show that last month Alaska burned through $120 million — meaning it spent that much more than it took in.

But as Alaska took steps to conserve cash, it has cut the cash burn each month.

The airline parked many of its jets as air travel demand evaporated. In July, it eliminated 300 management positions, initiated early-out programs for front-line workers and offered incentives for pilots to take leave or retire.

As a result, the cash burn figure has progressively been reduced each month: down from $170 million in May, $260 million in April and $400 million in March, when the pandemic first paralyzed the U.S. airline network. In May, Tilden set a goal of reaching zero cash burn by year’s end.

“The people of Alaska and Horizon reacted quickly and decisively to adjust our operations and our business,” Tilden said in a statement. “I’m confident in our future because of the way our people are responding.”

The company said Thursday it has returned 43 Alaska Airlines jets and all of its Horizon Air aircraft to service. As of Wednesday, 89 mainline jets remain temporarily parked.