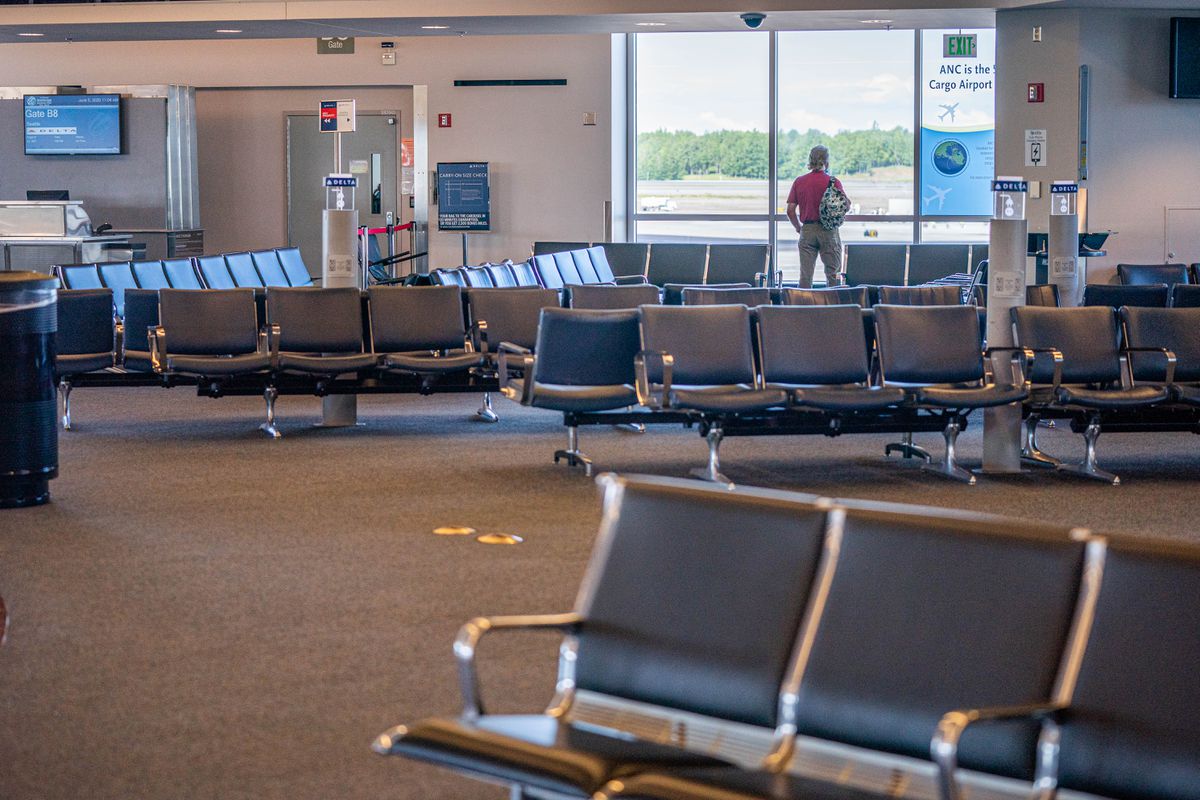 A person stands in a mostly empty terminal in the B Concourse at the Ted Stevens Anchorage International Airport on June 5, 2020. (Loren Holmes / ADN)

A person stands in a mostly empty terminal in the B Concourse at the Ted Stevens Anchorage International Airport on June 5, 2020. (Loren Holmes / ADN)

A company that manages food service in the Anchorage and Fairbanks international airports said it plans to permanently lay off more than 140 employees in October, months after COVID-19 began to decimate travel.

“The COVID-19 pandemic has devastated the travel and restaurant industries, and unfortunately, HMSHost sits at the intersection of both,” the letter said. “Never in the history of aviation and the hospitality industry have we experienced such catastrophic customer traffic declines.”

The Fairbanks layoffs will impact The Local and Starbucks, HMSHost said.

The workers were furloughed in March. But the layoffs are expected to be made permanent on Oct. 15 unless the situation changes, HMSHost said.

The Maryland-headquartered company said in the letter it would like to rehire the workers when travel recovers and had hoped to do so this summer.

The “unfortunate ... reality is that it is going to take a significant period for our businesses to recover,” HMSHost said.

The travel and hospitality industries are among the hardest hit during the pandemic-driven downturn. Alaska Airlines recently announced it expected to permanently lay off 330 employees in Anchorage on Oct. 1, and nearly 1,600 in Washington state, in an effort to survive the lull in travel during the pandemic.

The layoffs heap more uncertainty on the struggling Alaska economy as many federal and state unemployment benefits shrink or run out.

More than 50,000 Alaskans collected unemployment checks during the first week in August, and a recent economic forecast showed most industries in Anchorage will not recover their COVID-19-related job losses even within three years.

The pandemic, combined with a multiyear recession in Anchorage, has erased the city’s job gains since 2001, the forecast said.