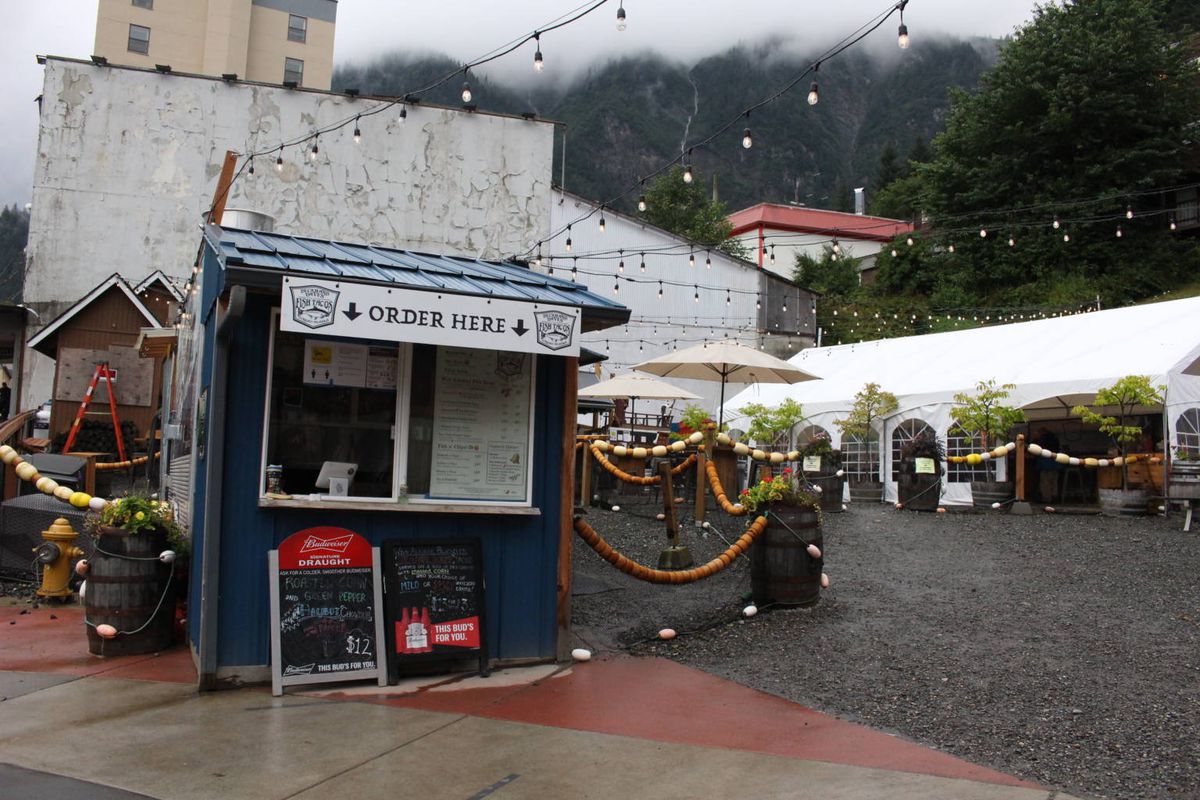 A new report captures a grim economic snapshot of how COVID-19 has affected Southeast Alaska. Not surprisingly, businesses that get a major boost from tourism have been hit the hardest.

And while the findings look pretty bleak, it could serve as a roadmap for where to go next.

Franklin Food Court in downtown Juneau is the kind of spot that normally draws in tourists and locals. You can sit outside and look up at a view of the mountain peeking through tall buildings while ordering something distinctly from Alaska — salmon ice cream or halibut tacos.

Today, seats in the outdoor food court are mostly empty. David McCasland is the owner of Deckhand Dave’s Fish Tacos. He says there were many unknowns leading up to the season.

“Coming March time, I was like, well, we’re going to see how this goes,” he said.

But so far, McCasland says, his business is holding up. He opened up a little later than normal, and he was able to get a loan from the federal Paycheck Protection Program, which is helping him ride out the summer.

McCasland emphatically states that he’s one of the fortunate businesses. He feels empathy for his downtown neighbors who don’t have the outdoor space to spread out and make guests feel more secure.

McCasland says he’s approaching the future with a mixture of hope and caution.

“It seems like this is going to continue on a little bit longer, and who knows what next summer will bring,” he said.

According to information collected for an economic report commissioned by Southeast Conference, 17% of Juneau businesses said they were at risk of closing over the next 12 months. That sounds bad. But across the region, that number is even higher: 23%.

Meilani Schijvens from Rain Coast Data helped put the economic report together using surveys of 460 businesses across the region.

Schijvens says places like Petersburg were more insulated from the economic downfall because the community isn’t as dependent on cruise ship tourism. Haines and Skagway, on the other hand, have been feeling that revenue loss the most.

“You have COVID, and you take those cruise ships away. And the elements that the economy has been built on are destabilized,” Schijvens said.

As of June, fewer businesses in Southeast Alaska reported receiving federal COVID-19 relief funds compared to distributions across the state. Schijvens isn’t sure why that is. But she thinks the $52 million dollars of funding businesses did receive was extremely helpful.

Schijvens says this report didn’t show a lot of bright spots, but she thinks the region still has a lot going for it. Southeast Alaska is a place tourists will want to visit again — someday. She says this report reads as a kind of manual for how to best support businesses at this time. Most businesses named access to grants and utility assistance as the top two things that could help get them through this year.