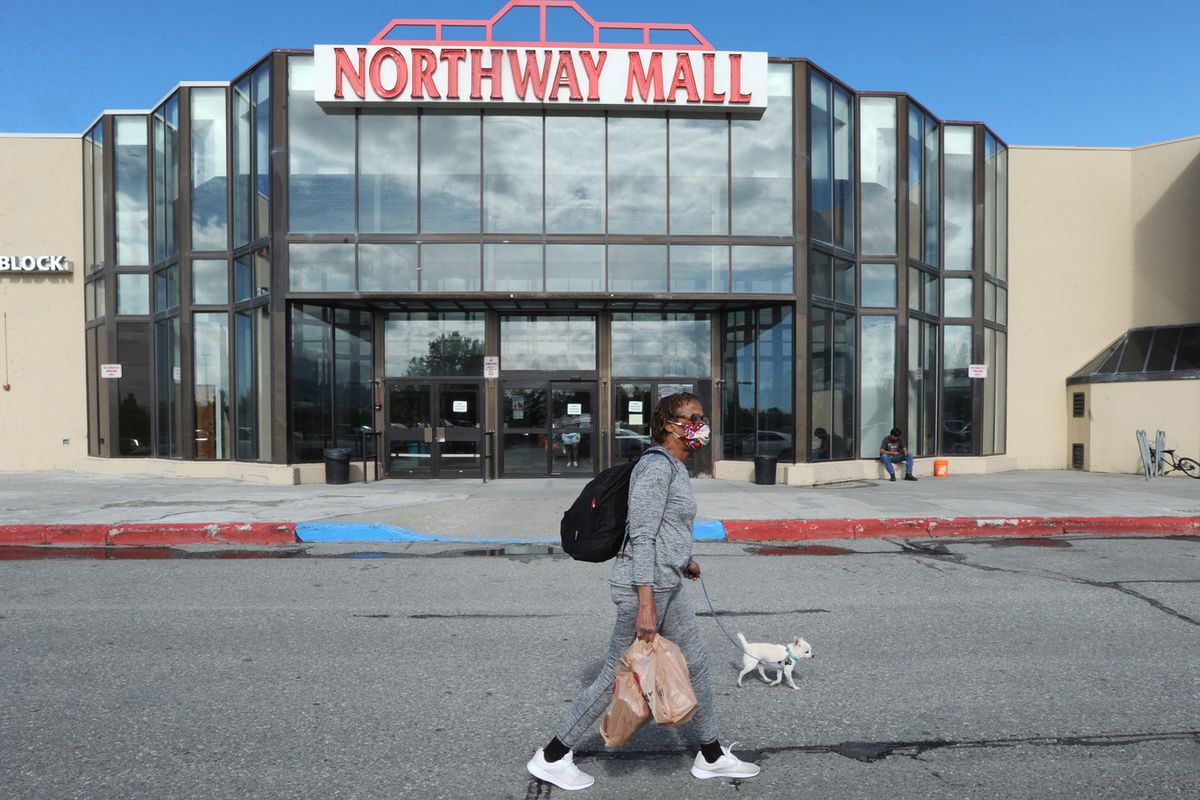 Small-business owners at Northway Mall in Anchorage say they’re being evicted with little notice after the mall’s management informed them it will close its common area on Sept. 30.

“It’s a disaster on top of the COVID disaster,” said Aruem Kim, owner of the Queen’s Beauty Supply store.

The closure will affect about 25 businesses in the mall, Falemao Tosi, the manager at the mall, said Thursday.

“This happened pretty quickly,” he said. “I’ve had tenants here for a long time and it’s a shock for them. I wish them all the best, no matter what the next chapter holds for us.”

Four businesses with outside-facing entrances will not close, Tosi said. Those are the Planet Fitness gym, Shockwave Trampoline Park, Burlington Coat Factory and Northway Xpress Lube and Tire, he said.

The mall in northeast Anchorage, which opened in 1980, has struggled in recent years due to the recession, Tosi said.

The national trend of online sales that devastated many brick-and-mortar stores added to the problems, he said.

Then the COVID-19 pandemic this year forced temporary store closures and a reduction in mall traffic, making matters worse and leading to the decision to close, he said.

Tosi said he did not know what the mall’s owner, Georgia-based Colony Bank, plans to do with the building in the future.

Some malls nationally have been redesigned into strip malls, leaving no interior common areas with high costs for heating, electricity and security guards, he said.

[The pandemic means hundreds of conferences and other Alaska events are canceled. For the industry that relies on them, it’s ‘disastrous.’]

Joann Fabric and Crafts closed last week to consolidate its operations at a Midtown Anchorage location.

The Carrs Safeway grocery store, an anchor tenant, announced it will be closing on Sept. 19.

The upcoming grocery store closure is a big blow to the mall atop its other challenges, said Bill Popp, head of the Anchorage Economic Development Corp.

Anchorage has endured five years of recession, leaving a “fair” number of vacant retail spaces across the city for relocating Northway Mall businesses, he said.

“For the retailers who are unfortunately losing their location in the Northway Mall, there are options out there,” he said. “The question is, will it fit their business model in these current times? I wish them great success. We need as many businesses to get through this winter as we can possibly get.”

It was quiet at the mall on Thursday — the sprawling, shop-lined hall was occasionally empty except for a reporter.

Some retailers said the short notice forced them to slash prices on recently ordered items, since they currently have no plans to reopen elsewhere.

The mall has been needing repairs for years, said Kim, the Queen Beauty Supply store owner.

She pointed to her water-stained ceiling where leaks had destroyed ceiling panels. A pair of doors outside the mall had out-of-order signs posted.

Kim said sales had been good before the pandemic.

Now, she’s planning to relocate her two-person shop to a spot off Northern Lights Boulevard, across from the revamped Midtown Mall, in October.

The move will cost her about $20,000, in part because of upgrades required at the new location, she said.

“A lot of these businesses will go out of business,” she said.

Jon Fischer, an employee at Lynn’s Pulltabs, said he’ll lose income for basic needs once the store closes, unless the owner can reopen at another location.

“Talk about a surprise,” he said. “This place has been here over 20 years.”

He’s a partner in a new marijuana business on the side, Anchorage Bowl in Midtown, but that doesn’t yet produce the revenue to pay his mortgage and other bills, he said.

Ian Clark, owner of Ian’s Game Paradise, said he has long expected the mall to close.

As he cleaned cartridges for old Nintendo games, including Donkey Kong, he said he’ll move his electronics and gaming business to another location.

“I’m hoping the 5th Avenue Mall,” he said. “I feel pretty confident, but until the lease is signed, you never know.”

He got his notice of the closure on Monday and was “bummed” to hear the news.

Myong Kim, owner of the Fresh Look apparel store, said her lease wasn’t supposed to end until early 2022. Kim, who is not related to Aruem Kim, has owned other shops in the store for 17 years.

The store should be compensated because the lease is ending early, Alice said.

Her mother doesn’t know what she’ll do next to keep her business going, Alice said.