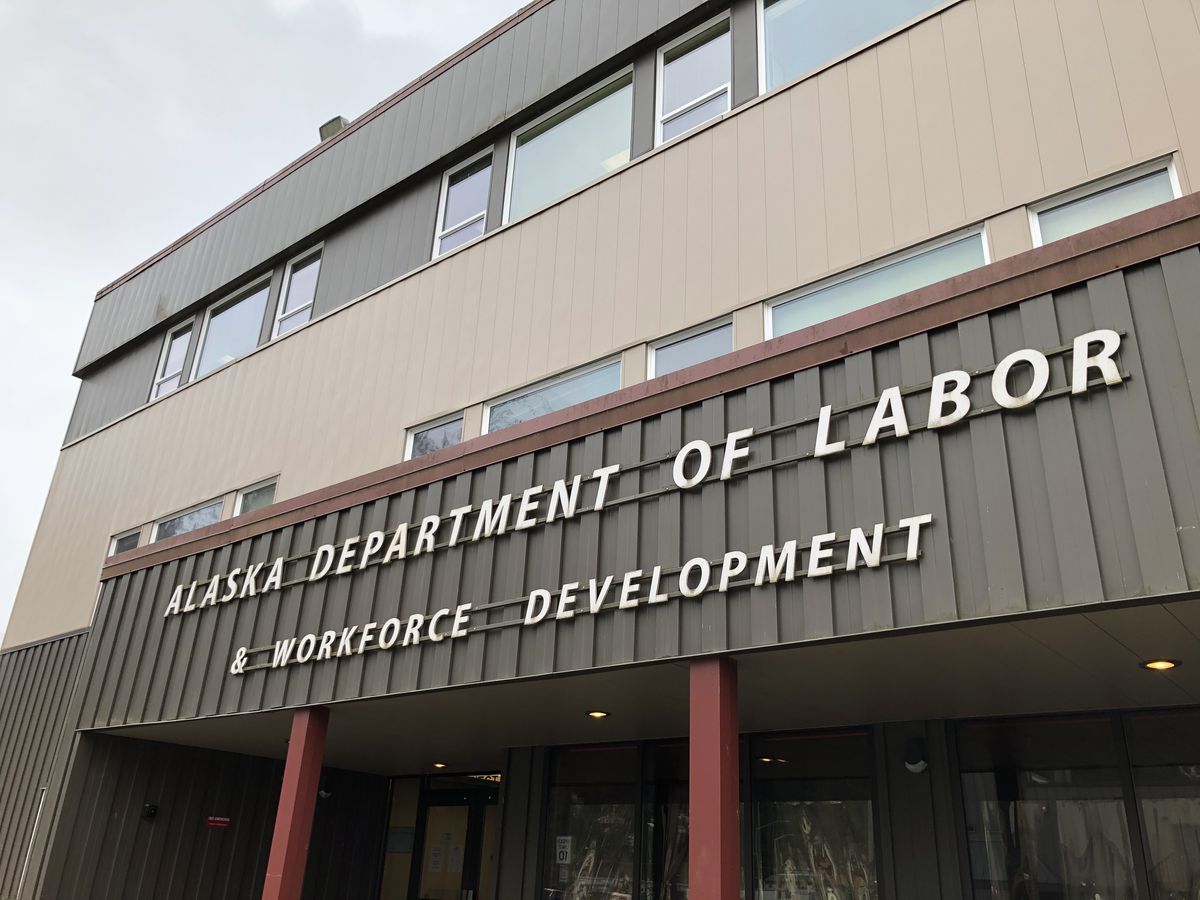 The offices of the Alaska Department of Labor are seen Thursday, April 9, 2020 in Juneau. (James Brooks / ADN)

The offices of the Alaska Department of Labor are seen Thursday, April 9, 2020 in Juneau. (James Brooks / ADN)

After weeks of decline, Alaska recently saw a sharp jump in people filing new claims for unemployment benefits, reflecting a national trend that could indicate growing pain in the economy as the COVID-19 slump drags on.

Nationally, close to 900,000 people filed for new unemployment benefits last week, an increase of more than 50,000 from the previous week, according to the U.S. Department of Labor. Congress has been unable to approve a new round of relief funding to combat the downturn after earlier approving the $2.2 trillion CARES Act in March.

In Alaska, weekly initial claims jumped by nearly 2,000, about a 50% increase from the previous week, for the most recently reported week, according to data from the Alaska Department of Labor and Workforce Development.

The increase — boosting initial claim requests to about 5,700 for the week — could be based on a variety of factors, said Lennon Weller, an economist with the state agency.

Traditionally, new claims involve people filing for benefits for the first time, Weller said. Another possibility is that some newly unemployed people are refiling for benefits, after they briefly returned to work only to lose their job again, he said.

One factor behind the jump is that it could be part of a “normal seasonal upswing” as construction and seafood processing jobs ended, he said.

It could also be due to new layoffs as businesses struggle amid continued restrictions and depressed demand, or exhaust their Paycheck Protection Program loan, the federal coronavirus relief aid that closed in August.

[$300 boost to Alaska state unemployment payments to begin next week]

Finally, people are refiling for benefits to take advantage of a $300 boost to their checks to replace the $600 federal boost that ended in July. The extra $300 should begin showing up in checks next week, for a period lasting six weeks. The boost more than doubles the $250 check that the state, on average, traditionally provided before the pandemic began in March.

The overall number of people receiving benefits in Alaska has steadily decreased to just below 39,000 from weekly highs exceeding 65,000 in May and June. About 12% of the state’s workforce is currently receiving the unemployment assistance.

The number of weekly initial claims had also generally fallen for months, from more than 9,000 in early July.

Mouhcine Guettabi, an economist with the Institute of Social and Economic Research at the University of Alaska Anchorage, said the jump in new claims underscores continued weakness in the economy.

“It shows that layoffs are still happening," he said. “The improvement in the labor market was partially driven by the stimulus and that’s potentially wearing off.”