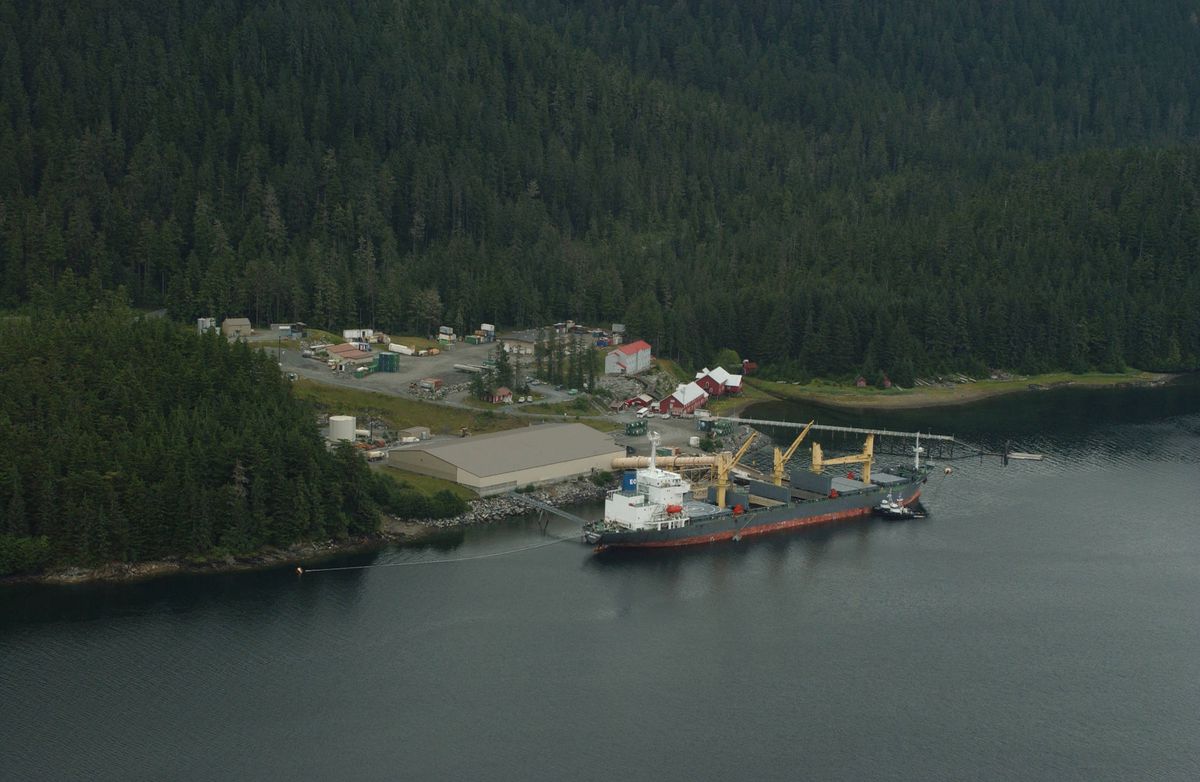 Greens Creek owner Hecla Mining Co. has filed a request to reroute an access road to allow it to expand its tailings facility at the largest silver mine in the country. (Alaska Journal of Commerce archive)

Greens Creek owner Hecla Mining Co. has filed a request to reroute an access road to allow it to expand its tailings facility at the largest silver mine in the country. (Alaska Journal of Commerce archive)

The operator of the largest silver mine in the country is asking the U.S. Forest Service to approve a tailings storage expansion plan that would allow the mine to produce into the 2030s.

Hecla Mining Co., which owns the underground Greens Creek mine on Admiralty Island near Juneau, filed an amended plan of operations with the Forest Service Oct. 1 that calls for expanding the Greens Creek tailings disposal facility footprint by 14 acres, or about 20 percent, to store an additional 4 to 5 million cubic yards of tailings and waste rock produced at the mine.

Hecla expects the current 66-acre facility will likely be filled by about 2031, at which point the mine would have to be closed, according to a company statement.

The tailings facility expansion would not push the mine’s growing tailings stack further into Admiralty Island National Monument, but the plan does call for disturbing an additional two acres within the monument to relocate a portion of the road between the Greens Creek mill and tailings facilities.

“This amendment culminates years of careful planning to develop a plan that minimizes impacts on Admiralty Island National Monument and the fish-bearing sections of (nearby) Tributary Creek,” Erickson said.

Mining within the monument was authorized by Congress in the 1980 Alaska National Interest Lands Conservation Act, which established or grew many of the federally protected areas in the state but also carved out exceptions for resource projects in several parts of Alaska that otherwise would be off-limits to development.

Greens Creek facilities bisect the monument boundary between the Admiralty Island Monument and more open-access lands of the Tongass National Forest. The mine’s infrastructure, which includes a port and access road, is largely along the western coast in the northwest portion of the island.

Hecla employs the dry-stack tailings process at Greens Creek, which eliminates the need for a tailings dam as well as this risk of a release of tailings water or slurry.

The company’s plan for incremental expansion is the third such request by the Greens Creek operator in the past 20 years. Most recently Hecla proposed a 116-acre expansion to the mine’s tailings storage facilities in 2010; the Forest Service ultimately approved an 18-acre project in 2013.

Hecla Greens Creek spokesman Mike Satre wrote via email that the Forest Service’s 2013 decision for a smaller expansion has helped support existing operations but prohibited the company from expanding the mine’s footprint within the monument.

“After analyzing the record of decision and re-evaluating our design basis, we realized that there was an option to extend the facility to the north in non-monument Forest Service land that would give us sufficient space,” Satre wrote.

Hecla has not disclosed a cost estimate for the proposal, according to Satre.

The Forest Service opened a scoping comment period on Oct. 9 for the environmental impact statement — a supplement to the 2013 review — will likely be needed based on the size of the proposal. The 45-day comment period closes Nov. 23.

The plan calls for decommissioning one of the existing water management ponds and subsequent modifications to other ponds or construction of a new pond in the first stage of the project, which would include storage for roughly 1.9 million cubic yards of tailings and waste rock.

The second stage of the project entails re-routing a portion of the access road through the monument, a new transmission line and substation and a water collection system at Cannery Creek. The combined phases of development would add approximately 4.6 million cubic yards of storage capacity to the tailings facility, according to the plan documents.

Hecla acquired 100 percent of Greens Creek in 2008 and has since increased silver production from the 6 million ounces per year range to the upwards of 10 million ounces expected from the mine this year.

The remote mine employs approximately 440 people and produces about 2,350 tons of ore per day, according to the amended plan.