My employees got into a physical fight over politics while at work. No one admits to starting it. How do we handle it? 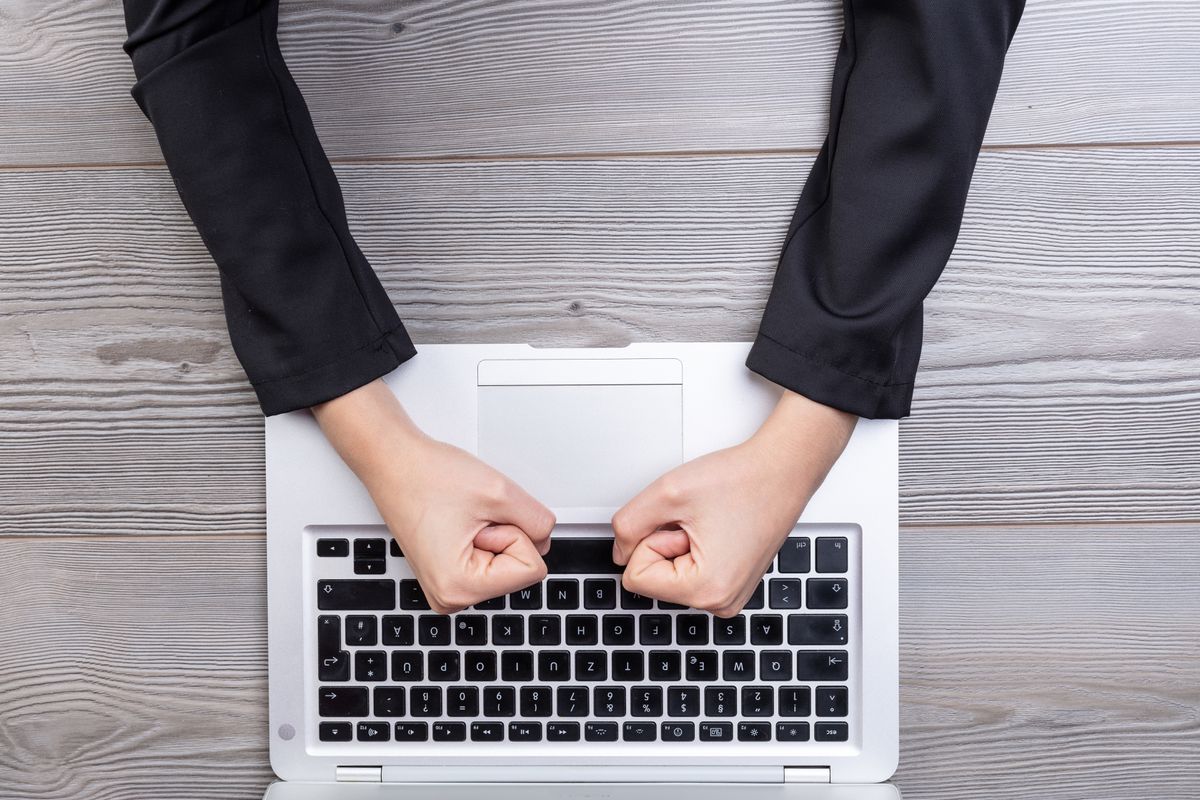 Employers need to address employee behavior that harasses, discriminates or turns violent, even if those actions arise in a political context. (iStock / Getty Images)

Employers need to address employee behavior that harasses, discriminates or turns violent, even if those actions arise in a political context. (iStock / Getty Images)

Q: Two employees showed up at work this morning wearing masks adorned with American flags. We think they were looking for trouble. These two Trump supporters have been verbally slamming Biden and his supporters for weeks, with the nicest words used being “stupid” and “idiot.” Meanwhile, other employees have taken to responding, “just shut up, man.”

Before any manager arrived on the scene, two employees working as a tag team ripped off one flag-mask and all four employees shoved and shouted at each other. We sent all four home. Not only did they violate our 6-feet-apart protocol, but we have strict rules against violence and would generally terminate the employee or employees most responsible. The challenge is — who started the fight?

The employee who lost his mask has emailed us insisting that the duo who ripped his mask off be terminated for placing his safety at risk. How do we handle this?

A: We face the most contentious election in history. Conversations about candidates quickly escalate into sharply polarized verbal duels. Many have lost the ability to respectfully talk with and only talk at each other. Even after the elections, different views on the pandemic, gun rights, white supremacists and Black Lives Matter may continue to incite inflammatory discussions.

My suggestion – call an all-hands meeting and outline protocols to ensure that what happened this morning doesn’t reoccur. From what you’ve said, you’ve let this situation brew until worse trouble predictably erupted.

Here’s what you need to consider:

The National Labor Relations Act (NLRA) gives employees have the right to distribute information in support of a political candidate or viewpoint at work if it ties to a work-related topic. An employee who says, “I’m in favor of this candidate because s/he’ll pass laws to raise wages” thus has protection for making that statement. Private sector employees can also freely take part in off-duty political activity, including posting on social media and attending political rallies and protects. The NLRA doesn’t, however, protect employees who cross the line with discriminatory or harassing language or violence.

Off-duty political speech and social media activities can create trouble for employers. An employee’s political post can create a rift among coworkers that surfaces the next day in the workplace. As one example, if an employee retweets or shares a Facebook post from a white supremacist that includes racial slurs, it violates employer policies against harassment and discrimination. If you as an employer know about this and fail to take action, you may face claims that you allowed a known hostile environment in your workplace.

Employers need to address employee behavior that harasses, discriminates or turns violent, even if those actions arise in a political context. This includes reminding employees of anti-harassment policies and intervening at the beginning of escalating disputes.

Your Biden supporters crossed the line when they ripped off a face mask. You as an employer failed in your employer duty when you allowed repeated verbal attacks to become a workplace norm.

If an employer already has a lawful policy prohibiting the use of company computers or other devices for political discussions, they need to recirculate it. Similarly, employers may enforce lawful policies concerning threats, solicitation, dress codes that prohibit the display of purely political buttons and logos, or the distribution of non-work-oriented literature.

Finally, who started the fight? I don’t know — I believe it started many months ago and outside your workplace. Your employees, however, brought it into your workplace, and you let them.