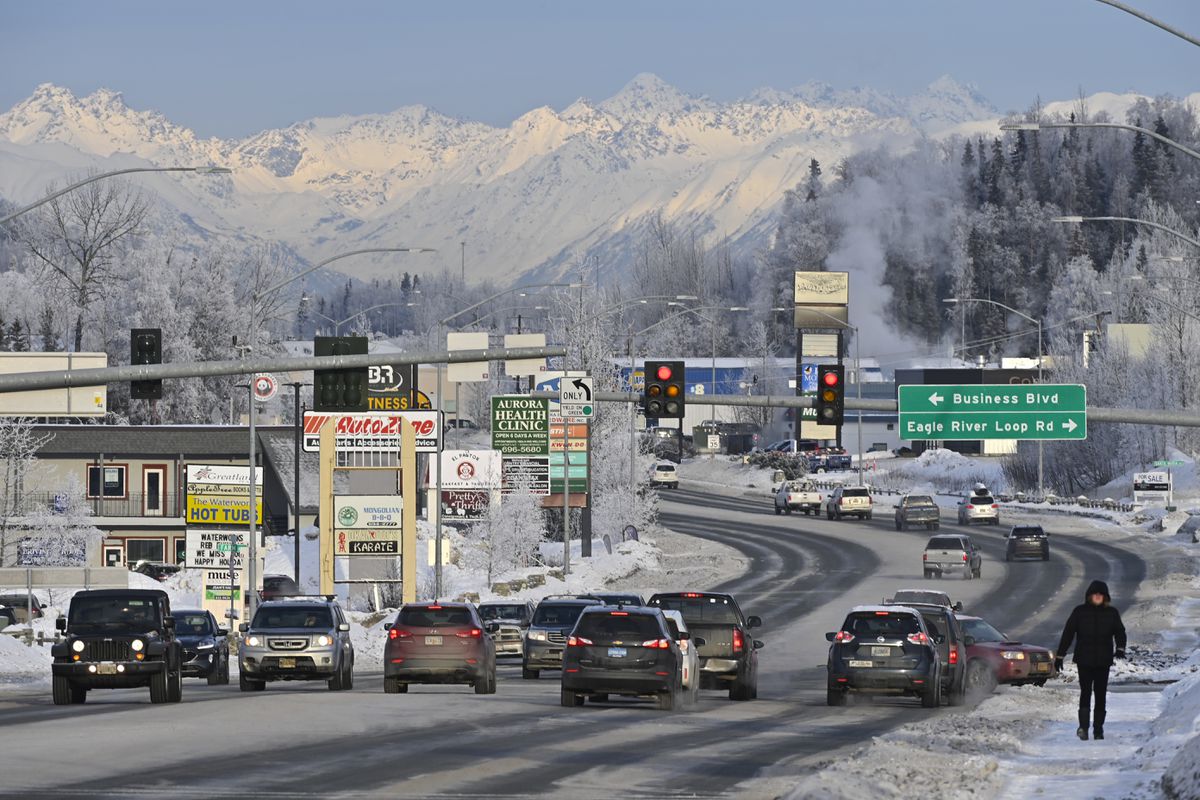 Anchorage businesses say getting COVID-19 under control is a top priority as the city struggles to recover from the pandemic, and they list Anchorage’s oft-criticized regulations as a lesser impediment to business growth, according to a survey released Wednesday by the Anchorage Economic Development Corp.

The coronavirus pandemic loomed large over the annual survey and economic forecast, prepared for the development corporation by the McKinley Research Group, formerly the McDowell Group. The reports predict job growth as the city moves into the recovery phase, and few businesses surveyed said they were shutting down entirely. But the reports also predict fewer jobs would come back than have been lost, and long-term issues like the state’s overall economy remain challenges even as the pandemic improves.

To help get the economy back on track, it’s critical that people follow requirements to slow the spread of COVID-19, including avoiding large groups and wearing face masks, said Bill Popp, president of the development corporation, presenting the reports during an online “virtual luncheon” on Wednesday.

However, those businesses citing the municipality’s regulations as a “significant” barrier to growth did increase in 2020 from 2019, from 12% to 22%.

The city’s business restrictions intended to slow the spread of the virus have become a source of political tension since the pandemic began, with protests at Anchorage Assembly meetings and a handful of businesses refusing to close under previous emergency orders.

The online survey of 210 businesses and organizations was conducted for AEDC between Nov. 19 and Dec. 23.

The survey also notes the pandemic “had widely divergent impacts to different businesses, ranging from increases in sales and profits to sharp decline.”

Some businesses “foresee little or no recovery from the difficult year just passed,” it states.

[Alaska employment numbers remained down in December as pandemic continued]

However, despite the negative outlook, few businesses surveyed predicted they would close for good.

“The majority of Anchorage businesses (90%) said they were unlikely or very unlikely to close. Only 7% of respondents said they were likely (either “likely” or “very likely”) to close permanently,” the report states.

On the brighter side, the Anchorage economy will experience its fastest job growth in two decades this year after bottoming out during the pandemic, according to a 2021 forecast also released Wednesday by the economic development group.

But employment will stay well below pre-pandemic levels this year and some businesses remain gloomy, the reports found.

The group releases the reports each year.

At the start of 2020, it foresaw the first growth in jobs in the city in five years. But the pandemic “laid waste” to that modest hope, and the slide continued, the forecast said. Problems including uncertainty over the state budget and the declining Anchorage population add to the challenges created by the pandemic.

“Looking beyond recovery from COVID-19, we see the same persistent economic development challenges we’ve faced for several years,” the forecast said. “Most notable is the thus-far illusive balanced, sustainable state budget. Until policymakers can chart a revenue and expenditure course that instills some measure of confidence, investment in Alaska will remain constrained.”

But that represents only a fraction of the 12,400 jobs the city lost last year.

“The growth in jobs will ramp up in the second half of the year, as we begin the multi-year recovery process for the Anchorage economy,” said Popp.

• The largest growth in jobs is expected to occur in the leisure and hospitality sector, which has been particularly hard-hit. It will regain 1,700 of 4,300 jobs lost in 2020.

• Health care will add back 400 jobs, half of what was lost last year.

• The oil industry will recover 100 of the 400 jobs lost last year, on average for the year, but reaching an additional 300 jobs by December.

• The government sector, the largest in the city, lost 800 jobs, falling to a total of 26,400 jobs, the lowest point since 1999. The sector should regain 100 jobs in 2021. It includes federal, state and local jobs, plus the University of Alaska and the Anchorage School District.

Popp said there are reasons to be optimistic about the Anchorage economy, including a healthy housing market driving new residential construction, with permits climbing 12%, nearly $700 million in proposed projects at the Ted Stevens Anchorage International Airport and North Slope oil field projects that could lead to billions of dollars of new investment in the coming years.

Huge inflows of federal relief funding to Alaska also helped ease some of the economic pain in Anchorage, and that help will remain critical in 2021, the report said.

Popp said the forecast is built on assumptions, including a partial recovery in tourism and oil and gas to help drive new business at shops and restaurants.

“I’ve said that I want to try to work with the Biden administration when and where I can and I will do so,” Murkowski said. “But I am not about to look the other way when our economy is put in harm’s way, especially when we’re in the midst of so many other threats that are just tough to deal with.”