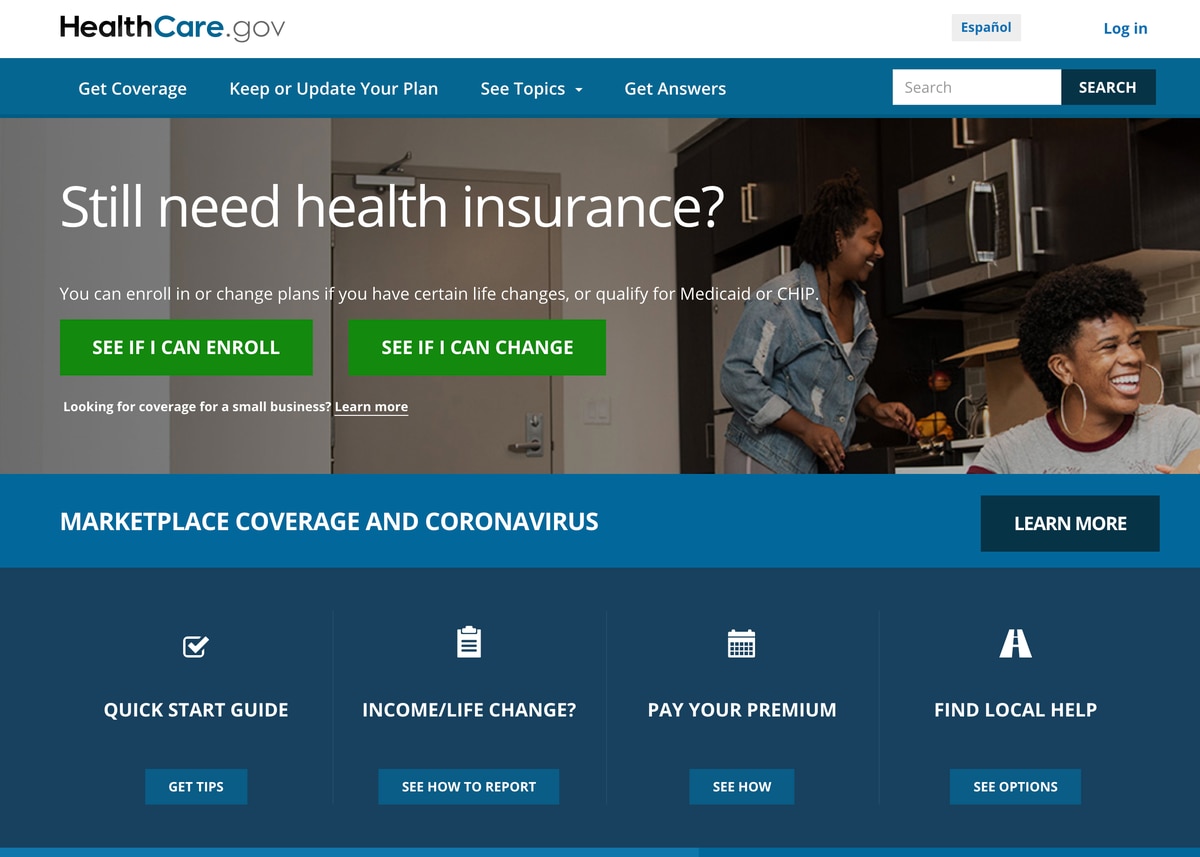 Despite the economic upheaval of the last year, Alaskans on individual health insurance plan premiums got a little break this year.

The state’s two remaining individual health insurance plan providers on the marketplace, Premera Blue Cross Blue Shield and Moda Health, declined to significantly raise rates for 2021. While Moda’s stayed close to flat, Premera filed for a slight decrease: about 4.5 percent less on average. For a consumer on the average Bronze plan through the health insurance marketplace, that’s about $435 a month compared to $448 last year, and down about $100 a month since 2018, according to the Kaiser Family Foundation.

It’s hard to say what effect the COVID-19 pandemic has had on insurance rates, and it’s not entirely clear what will happen in 2022 yet. Nationally, 2021 individual plans rates varied widely, though in Alaska, the premium rates were trending down even before the pandemic. That’s in part because of the state’s ongoing “innovation waiver” reinsurance program, which began in 2017.

“I would say (the reinsurance program) was one of the driving reasons that it made sense for us to reenter,” he said. “When we left the market, we had a considerable amount of business footprint in Alaska … it was a hard decision to make to leave the individual when we did, but it was necessary due to the financial situations of that market. We were seeing double digit rate increases for consumers every year.”

The reinsurance program lifts some of the burden from insurers by taking their most expensive individuals — highly expensive or catastrophic health cases — and directing their premiums to a nonprofit called the Alaska Comprehensive Insurance Association.

That nonprofit then uses the broader individual market to spread out the costs for those individuals, lessening the cost to individual insurance providers. Since the program took effect, Premera Blue Cross Blue Shield, which remained the sole insurer in the marketplace from 2017-20, has lowered its premiums on the individual market for several years.

The state is set to receive about $78.5 million from the U.S. Department of Health and Human Services to support the program, according to a March 1 announcement from the Alaska Division of Insurance. The announcement notes that about 84 percent of Alaskans on the individual market qualify for subsidies through the insurance marketplace.

The reinsurance program is, however, a waiver program, riding on the federal government’s approval to continue. Gootee said it’s speculative whether Moda would remain in the marketplace should the reinsurance program be discontinued, but the company has been in the Alaska market since 2004 and would like to remain there.

Since reentering, Moda offers plans only in the Southcentral communities of the Mat-Su, Anchorage and the Kenai Peninsula, as well as Fairbanks and the Ketchikan and Prince of Wales Island areas. That covers a significant part of the population, and Gootee said the company hopes to phase in other areas of Southeast in coming years, largely depending on the development of network partnerships.

The COVID-19 pandemic threw a curveball into the health care industry in multiple ways, particularly in how nonemergency services were used. That was one sector of the industry that dropped, particularly after Gov. Mike Dunleavy’s emergency mandates blocking elective procedures in spring 2020 to maintain hospital capacity in the early days of the pandemic.

While insurers had to tackle a variety of new procedures and considerations in light of the pandemic, costs for items like those elective procedures went down.

Premera issued some ratepayer relief programs, such as waiving copays for all COVID-19-related treatments. Premera spokesman Jim Havens said the company could not comment on how the pandemic would affect its rate filings for 2022.

Gootee said it was too early to say what Moda’s rates would look like, but that the company’s 2021 rates did take effects of the pandemic into account and that the 2022 rates were “looking good.” He said one thing that changed everywhere during the pandemic, including Alaska, was a significant increase in the use of telehealth, which has been identified as a less expensive alternative to providing care.

“I think every carrier is taking their own different approaches to it, in terms of how you account for the pandemic,” he said. “It certainly has changed the health care world quite a bit. In some cases you saw utilization go way down and then spike right back up. In both (Alaska and Oregon), telehealth utilization just skyrocketed. It’s stayed relatively high.”

Nationally, health insurance premium rates for 2021 are all over the board. Gootee noted that that may be in part because the effects of the pandemic have not been universal; some areas were hit harder than others, and insurers and state governments handled the pandemic differently.

The Kaiser Family Foundation notes that insurers across the country have largely been leaving rates close to their 2020 levels, citing low medical loss ratios and profits in the last year.

Insurers on the individual market in Alaska will be due to file their rates for 2022 this summer.