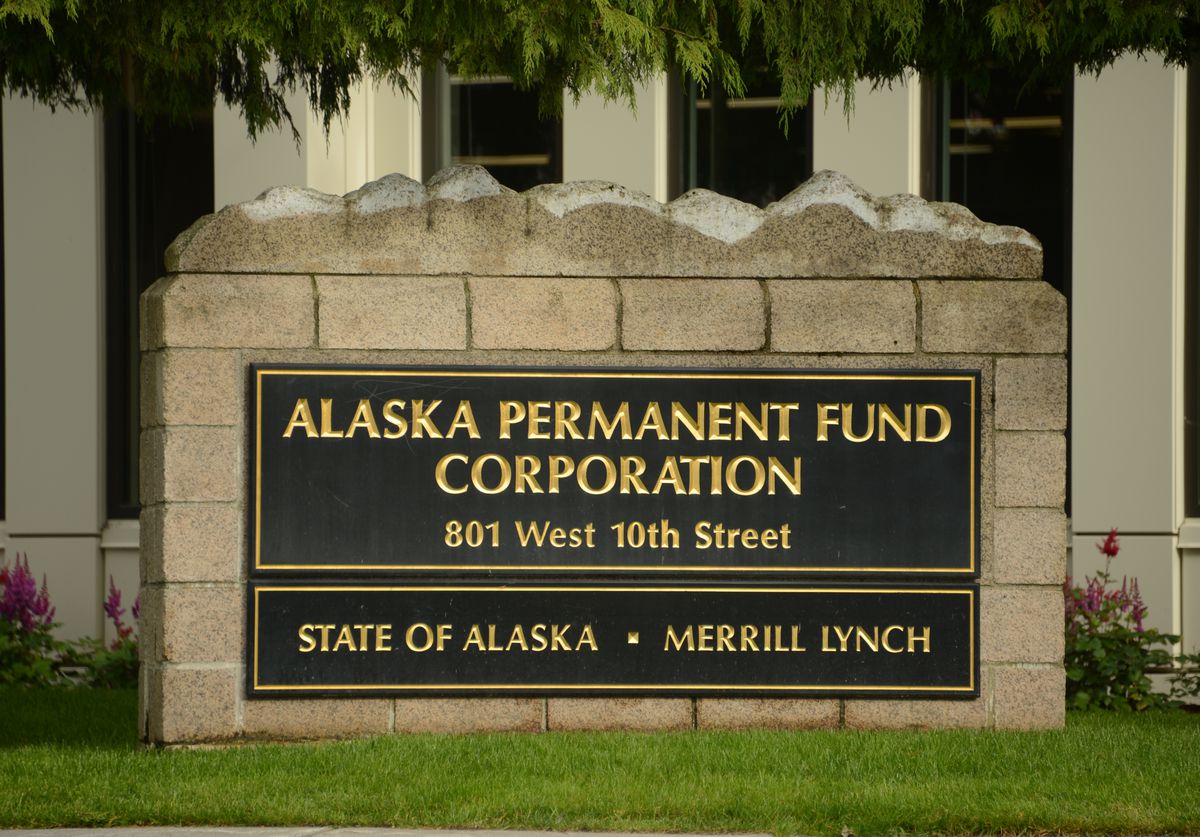 The offices of the Alaska Permanent Fund Corp. in Juneau. (James Brooks / ADN)

The offices of the Alaska Permanent Fund Corp. in Juneau. (James Brooks / ADN)

The firms that evaluate Alaska’s creditworthiness mostly agree that the state’s financial picture is getting better, at least in the short-term.

Analysts for Moody’s Investors Service have upgraded the state’s fiscal outlook from negative to stable, according to a May 4 credit opinion that cites stabilizing oil prices and substantial growth in Permanent Fund as reasons for the improved opinion of Alaska.

S&P Global Ratings similarly revised its outlook on the State of Alaska from negative to stable in a report issued May 4 as well. Both ratings agencies also reaffirmed their general obligation ratings for Alaska, with S&P maintaining its AA- rating and Moody’s keeping its equivalent Aa3 rating for the state.

Fitch Ratings also revised its outlook for $319 million in revenue bonds sold by the state-owned Alaska International Airport System from negative to stable May 5 based on a surge in cargo traffic that largely offset lost passenger revenue from the pandemic.

S&P’s May 4 opinion followed an April 15 report in which the agency’s analysts concluded states with oil-centric economies and budgets are likely out of immediate harm of the pandemic’s influence on oil prices — which have returned to the mid-$60s per barrel range — but surmised Alaska’s economic recovery would likely be slower than other oil producing states.

S&P analysts noted in the most recent report that with Permanent Fund income now supporting the majority of the state budget, oil revenues are likely to account for just 20 percent unrestricted state revenue in the 2022 fiscal year that starts July 1. They also wrote that while the state’s fiscal system still needs structural changes to be sustainable over the long-term, the Alaska Permanent Fund Corp. has exceeded investment return expectations in recent months to give the state more cash to play with, for now.

Some lawmakers who have long been opposed to Gov. Mike Dunleavy’s plan to spend from the Earnings Reserve outside of the annual structured draws for fear it would degrade the long-term earning power of the fund have also proposed moving most of the available money in the account into the corpus of the fund to ensure it is not spent.

However, S&P analysts indicate doing so might also have an unintended impact on their view of the state’s finances because it would lessen Alaska’s reserves, which currently stand at nearly 250 percent of the state’s annual unrestricted general fund budget.

“We expect reserves at fiscal year-end 2021 and 2022 to be significantly better than the state’s estimates absent any transfer from the (earnings reserve account) to the Permanent Fund corpus or unexpected market downturn,” the May 4 S&P report states.

The Permanent Fund Earnings Reserve Account, which contains the spendable income the fund generates, held nearly $14.2 billion in reserves available for appropriation by the Legislature, up from $9.8 billion last June.

As of May 10, the Fund’s overall unaudited value was $78.9 billion, up approximately 21 percent since the start of the 2021 fiscal year. In general terms, fund managers need to achieve annual returns in the 7 percent range to maintain the real value of the fund over time while accounting for inflation and the annual 5 percent of market value, or POMV, draw lawmakers started in fiscal 2019.

Revenue Commissioner Lucinda Mahoney said in an interview that she finds the ratings adjustments “encouraging” but emphasized that lawmakers and state officials need to keep pushing toward fiscal reforms that will improve the state’s long-term sustainability.

Mahoney said she stressed the view that Alaska’s revenue streams are more diversified than they may appear in recent meetings with ratings agency analysts. While the state was long dependent on oil prices and production for its revenue picture, the Permanent Fund — through its many billions of dollars in real estate, stocks and other varied income ventures — has indirectly but substantially diversified the state’s revenue picture.

“I tried to get them to think about revenues in a different light,” Mahoney said, adding that the strong market performance behind the Permanent Fund’s growth has also improved the state’s pension funds, thereby decreasing the expected long-term pension debt obligation and annual payments.