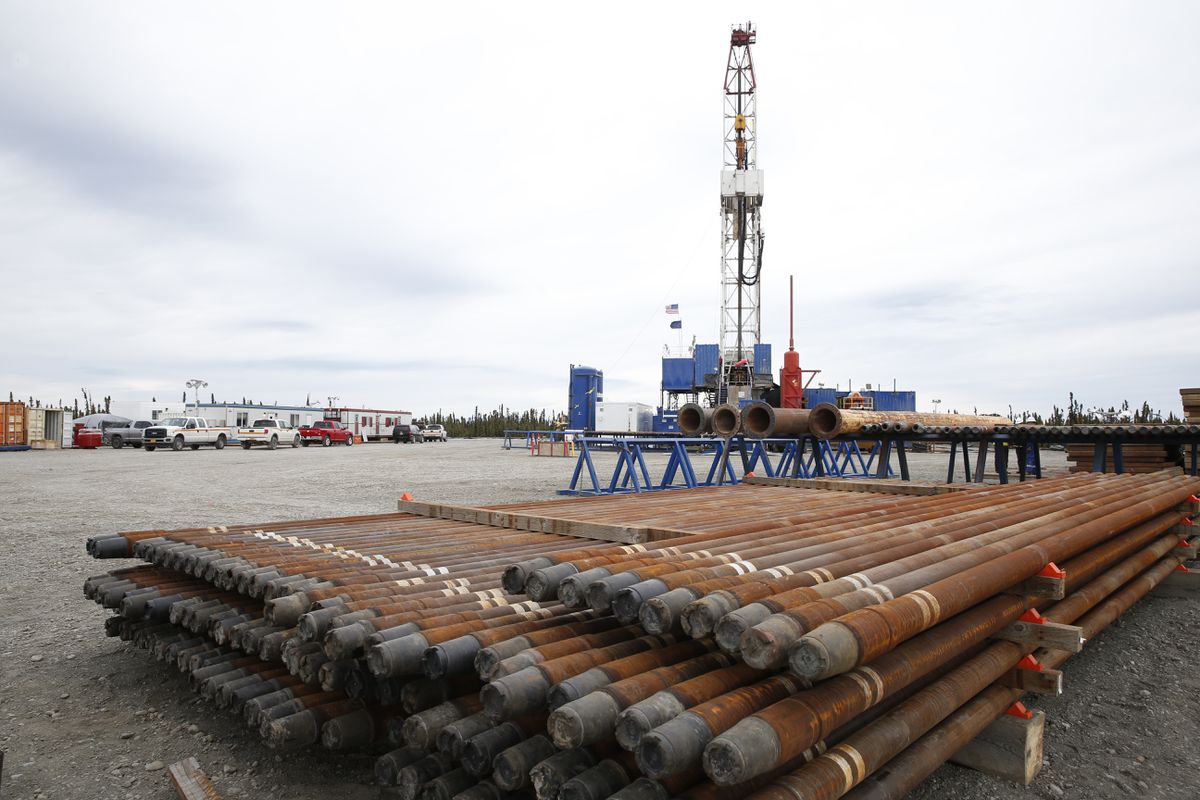 An Alaska Native corporation began drilling an exploratory well Thursday in an unusual effort to find natural gas that can lower energy bills for residents in the Copper River area.

The drilling by Ahtna Inc. is taking place in Southcentral Alaska, far from the state's established oil and gas provinces in the North Slope and Cook Inlet. The work site is 12 miles west of the company's headquarters in Glennallen, population 500.

Geologists, economists and politicians whimsically call the region "Middle Earth" because it lies between the two big producing provinces.

The 2 million pound drilling rig was recently hauled from Kenai near Cook Inlet. Ahtna subsidiary Tolsona Oil and Gas Exploration plans to drill a single exploratory well about a mile deep on the 4-acre site. The drilling should take 26 days, Ahtna said.

Schlumberger is drilling the well with the Saxon 169 rig. Petrotechnical Resources of Alaska is providing drilling support. More than 50 workers were on the job Thursday, Ahtna officials said.

Ahtna officials have called this the first well owned and operated by the company, which received its exploration license from the state in 2013.

To find its target, Ahtna analyzed wells drilled over the last half century by other companies, including by Amoco in the 1980s. The work also involved building a 175-mile trail, allowing workers on snowmachines to provide ground support to a rig that shot seismic waves.

State exploration tax credits for the frontier basin were extended by the Legislature this year, a decision that made the drilling program possible, Ahtna has said.