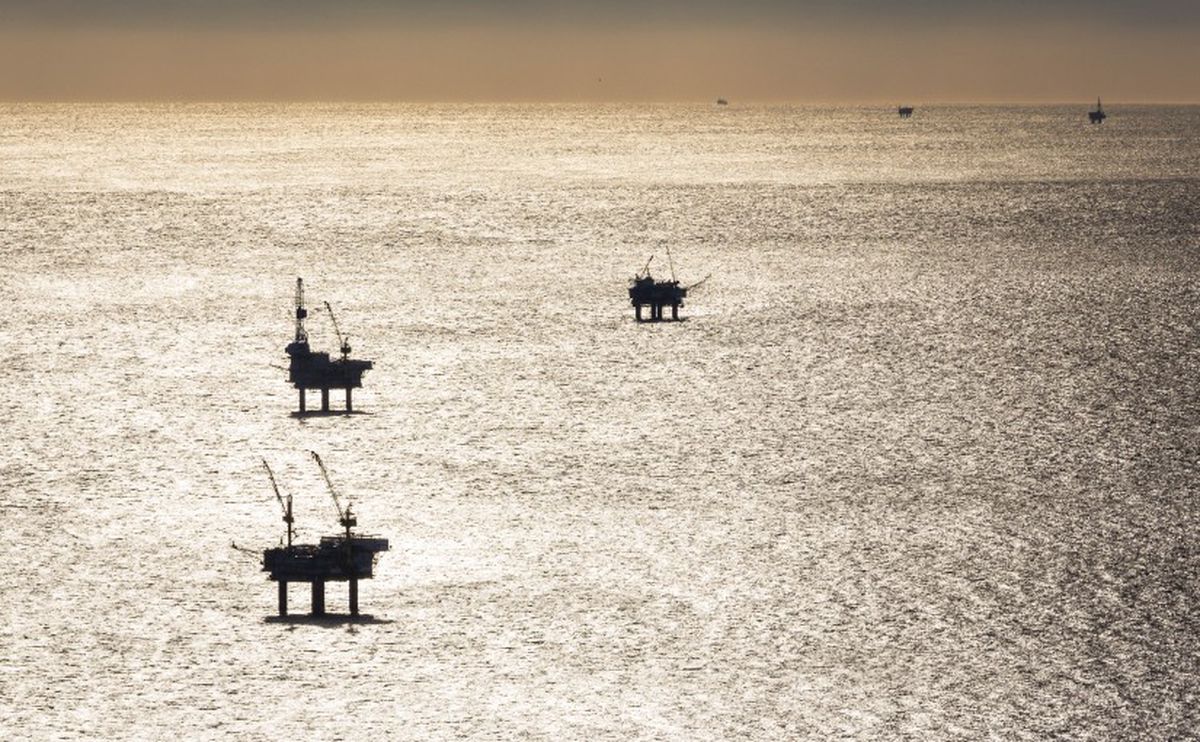 Alaska's congressional delegation wants the Trump administration to sharply reduce its giant offshore drilling strategy in Alaska, leaving only the U.S. Arctic Ocean and Cook Inlet in the plan.

Rep. Don Young and Sens. Lisa Murkowski and Dan Sullivan want 11 of 14 basins removed from the five-year leasing program that has been proposed off Alaska coasts, they said in a letter sent Friday to Interior Secretary Ryan Zinke.

Earlier this month, Zinke announced a national offshore leasing proposal that would begin in 2019.

In Alaska, the draft proposal would open nearly all federal waters off the state's 40,000-mile coastline to leasing. The U.S. Arctic Ocean would be back on the table, after nearly all of it was removed by Obama-era designations. Only one area, the Northern Aleutian Basin that includes Bristol Bay, would be off limits.

The Alaska delegation says they welcome the sweeping proposal because it would ensure robust public debate.

But the "strongest" leasing program in Alaska focuses on the multiple lease sales proposed for the Beaufort and Chukchi seas in the Arctic, and in Cook Inlet near Anchorage, they say.

"Such a program will maximize agency resources and reflect the areas with the broadest support for development among Alaskans," the two-page letter says.

Oil and gas exploration has traditionally occurred in those basins, though it has been limited in the Arctic.

The delegation also urges Zinke to commit his agency to "meaningful consultation" with Arctic communities.

Resource development in the U.S. Arctic Ocean "will require a concerted effort from participating federal agencies and all stakeholders in Alaska," the letter says.

In the announcement Jan. 4, Zinke said that officials will closely listen to local residents, state officials and other stakeholders on what areas should be part of a final leasing plan.

Gov. Bill Walker, writing to Zinke on Jan. 19, said he supports including the Arctic Ocean and Cook Inlet. Walker did not ask for other areas to be removed, but said the state will be submitting formal comments.

Walker said he wants the Trump administration to hold more meetings on the plan in Alaska.

Currently, one public meeting is planned for Anchorage. It was canceled early this week because of the three-day government shutdown, but is reset for Feb. 21, the Bureau of Ocean Energy Management announced Friday.

Walker's letter said the state "strongly" believes meetings should occur in coastal areas of Alaska where the agency has proposed lease sales.

"The state of Alaska has been in communication with tribal organizations and other stakeholders who have voiced concerns about the proposed program and we agree it is important for BOEM to consult and hold meetings with the tribes and Alaska Native corporations impacted by the proposed program," Walker writes.

Some Alaska Native groups, including Kawerak, a regional nonprofit in Nome that provides social services, issued statements early this month saying they oppose offshore drilling in the Bering Strait region, citing threats to walruses and other subsistence foods.

Conservation groups such as Earthjustice have also called for more meetings in coastal communities, saying one public meeting in Alaska and 22 in the Lower 48 are not enough.

Heather Swift, press secretary for the Interior Department, said in a statement emailed Friday that the process is "very open and public" and that Zinke looks forward to meeting with governors and coastal representatives to discuss the program.

People who can't attend meetings can submit comments to regulations.gov by March 9.

Swift said all comments will be considered in creating a proposed program, the next step. That will also be up for public review before a final decision is made.