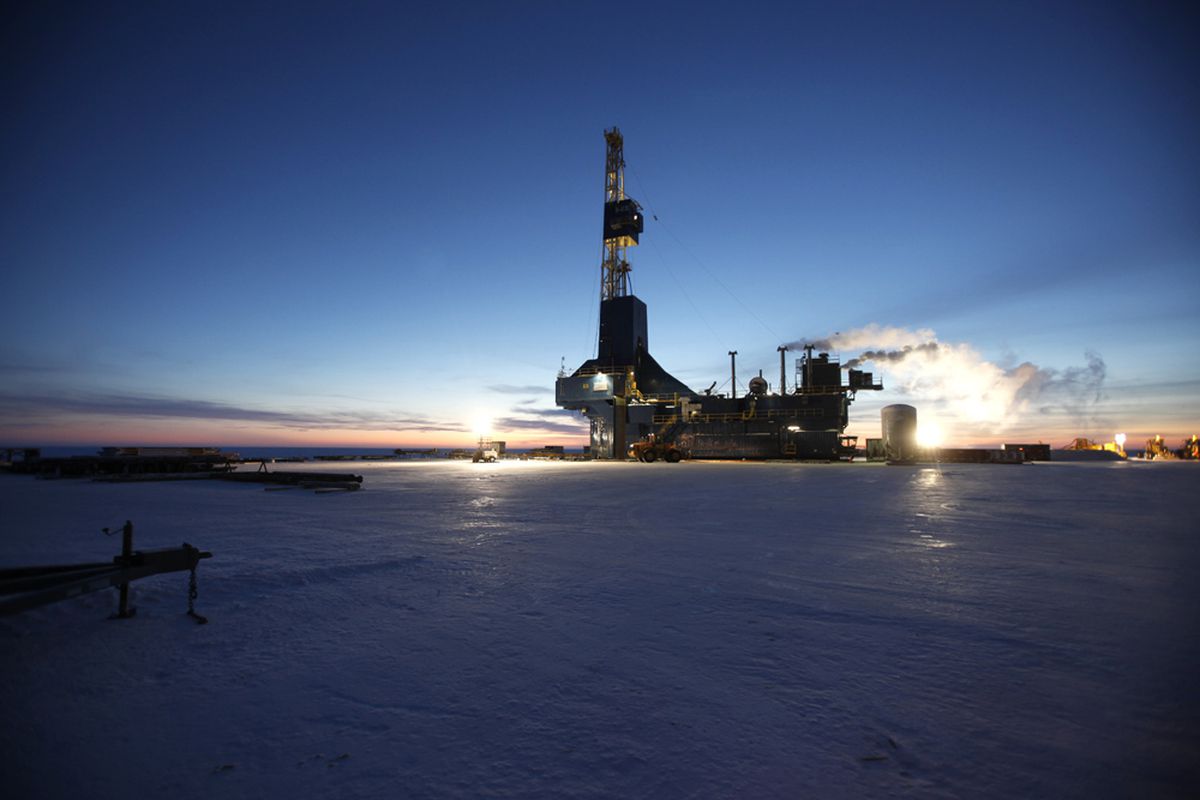 A drill rig works for Repsol at its Colville Delta operations in 2014. Repsol won a dozen leases at the annual state North Slope lease sale with bids released Nov. 15. The company along with Armstrong Energy discovered the promising Pikka prospect in 2014 that's now under development. (Photo/Courtesy/Repsol)

A drill rig works for Repsol at its Colville Delta operations in 2014. Repsol won a dozen leases at the annual state North Slope lease sale with bids released Nov. 15. The company along with Armstrong Energy discovered the promising Pikka prospect in 2014 that's now under development. (Photo/Courtesy/Repsol)

Winning bids for the North Slope portion of the sale totaled about $27.3 million, the third highest amount since 1998, according to Division of Oil and Gas Director Chantal Walsh.

Successful bidders spent about $848,000 for near shore Beaufort Sea leases, which is in line with historical averages, Walsh said.

“We have a lot to be happy about — a very good lease sale,” Walsh said.

A new player to Alaska, Lagniappe Alaska LLC, dominated the sealed-bid sale by winning rights to approximately 120 leases over a large area south of Deadhorse along the Dalton Highway. State officials present at the sale knew little about Lagniappe and audience members speculated among themselves how to spell it (pronounced lan-yap) as the bids were read aloud.

Lagniappe Alaska LLC was formed in the state on Nov. 7 and is based in Lafayette, Louisiana, according to filings with the state Division of Corporations, Business and Professional Licensing.

No one came forward when Deputy Oil and Gas Director Jim Beckham asked if a Lagniappe representative was present at the bid opening.

Not to be outdone, Italian major Repsol, which along with Armstrong Energy discovered the large Pikka prospect, spent between $175 and $586 per acre on the few remaining available leases just to the south and east of the Pikka Unit.

Papua New Guinea-based Oil Search, which recently took over as operator of the Pikka Unit and is advancing the Nanushuk project, won several Beaufort Sea leases just offshore from Pikka.

The one minor disappointment for state officials was a lack of interest in the three Special Alaska Lease Sale Areas, or SALSAs, that the Division of Oil and Gas put up for bid for the first time.

Walsh said she is still happy the division took the time to compile and advertise the areas as it directed more traffic to the division’s website than ever before and gave officials insight into how to better direct interested parties to publicly available oil and gas geologic and well data.

She added the concept of selling multiple leases in blocks is something the state will continue to evaluate but it’s too soon to tell if the current SALSAs will be put up for bid again in their current form.

The Bureau of Land Management’s annual lease sale for the National Petroleum Reserve-Alaska is scheduled for Dec. 12 and will cover 2.8 million acres, according to a BLM release.