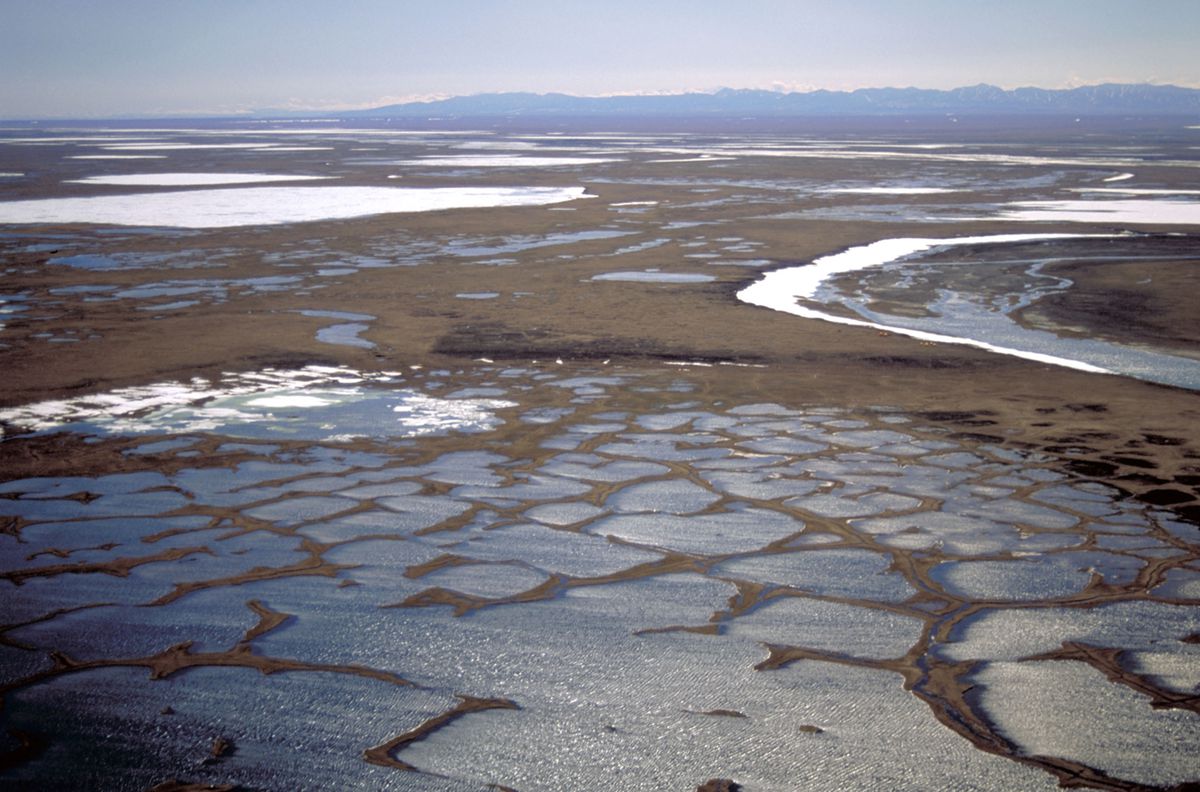 The Trump Administration on Thursday took a big step to allow drilling in the Arctic National Wildlife Refuge, releasing an environmental report that sets the stage for a lease sale next year and development in the 1.6-million acre coastal plain.

The release came a year after a Republican-led Congress capped a decades-long battle over drilling in the refuge, approving lease sales in the Tax Act in what’s considered one of the purest sweeps of wilderness in the U.S., but with potentially huge pools of oil underground.

The Bureau of Land Management proposes making at least 1 million acres available for leasing, with protections for animals and the environment, according to the report.

Alaska’s congressional delegation praised the report. Sen. Lisa Murkowski, who attached the drilling provision to the act, called it a “major step" to allow drilling that taps energy resources without harming the environment.

“I appreciate the extensive time and attention the department has dedicated to gather and consider feedback from all Alaskans, particularly the Inupiat and other stakeholders in the Alaska Native community,” Murkowski said in a Facebook post.

But the report generated swift criticism from drilling opponents, including seven Republican Congressmen who sent a letter to Interior Secretary Ryan Zinke on Thursday expressing opposition to drilling and the fast-moving leasing process they said is cutting corners on careful analysis.

“This could put the Arctic refuge -- the crown jewel of our national wildlife refuge system -- in a vulnerable position to be exploited and destroyed,” said the letter signed by Pennsylvania Rep. Brian Fitzpatrick and others.

The BLM followed the law with the release of the more than 700-page draft environmental impact statement, a document that opens the door to a 45-day public comment period, said Joe Balash, an assistant secretary in the Interior Department.

The level of participation is expected to be “robust," Balash told reporters on Wednesday. BLM received more than 700,000 comments -- mostly form letters in opposition -- during an earlier round of public input that informed the topics considered in the draft report.

Balash said the agency intends to hold the first lease sale in 2019, renting tracts to companies that can then apply to drill and conduct other activity.

The coastal plain offers a rare opportunity for oil explorers, he said. Congress in 1980 set aside the area for possible future exploration, with Congress' approval. In the 1980s, companies were allowed to conduct seismic activity, and drill a single exploration well on privately owned Native lands in the coastal plain. Industry has kept the drilling results confidential.

“There aren’t very many basins on the planet where we have a high degree of confidence there are significant hydrocarbons that hasn’t been explored yet,” Balash said.

The federal Energy Information Administration has estimated that about 3.4 billion barrels of oil would be produced in the refuge by 2050. The first drops of oil, if enough is discovered, aren’t expected to flow until at least 2027.

Conservation groups have challenged the drilling, arguing that exploration endangers polar bears and caribou and will aggravate climate change if more oil is discovered and burned. The Wilderness Society released a report Thursday claiming Congress opened ANWR based on phony economic hopes, including that lease sales there would generate $2 billion for the U.S. and Alaska to split.

“The Trump administration is using fake economics and bogus data to mislead Americans as part of its irresponsible rush to turn over our public lands to oil companies for development," said Chase Huntley, senior director for climate and energy programs at The Wilderness Society.

Alaskans have awaited development in ANWR’s coastal plain for decades, and the report is a “significant milestone” toward responsible development, said Gov. Mike Dunleavy.

“My administration and Alaskans overwhelmingly support ANWR development, and we are eager to inform and educate our fellow Americans that it will be done utilizing the highest environmental standards and safeguards to protect its land, waters and wildlife,” said Dunleavy, in a statement released by BLM.

Today @BLMNational released the draft EIS for the oil & gas leasing program in ANWR. This is a significant milestone in AK's long journey to responsibly explore and develop the ANWR 1002 area. The potential oil discovered will spur new jobs & investments for generations to come.

In all cases, much of the leased land would be off-limits to oil and gas facilities on the surface. Timing restrictions would exist on activity such as exploration, also to protect animals and the environment. The level of restrictions varies with each option.

Surveys show Americans strongly oppose development in the refuge, and the Trump administration is moving too quickly to allow the drilling, the Alaska Wilderness League said.

“This is a land grab, pure and simple, and the individuals responsible care little about impacts to wildlife or the damage they would be inflicting on Alaska Native people whose subsistence depends on the Arctic Refuge," said Adam Kolton, the group’s executive director.

In a separate effort, companies have applied with BLM to conduct seismic exploration in the coastal plain starting this winter, using large trucks that vibrate the frozen ground in a hunt for oil-bearing rock formations. Approval for that effort awaits an administrative decision by the U.S. Fish and Wildlife Service involving protections for polar bears that den in the snowy coastal plain, Balash said.

The document released Thursday offers four leasing alternatives in different areas, including a no-leasing alternative as a baseline, said Balash. Of course, the agency will follow the law and hold a lease sale, he said.

The development scenarios each provide protections for the Porcupine caribou herd and other prized wildlife after the agency heard from an array of interests including Alaska Native communities that hunt the animals for food, Balash said.

The Interior Department is expected to select a preferred development alternative in 2019, based on public input, after a final environmental report is released.

Notice of the report will be published in the federal register on Dec. 28, launching a public comment period through Feb. 11, Balash said. Public hearings will also be held, he said.