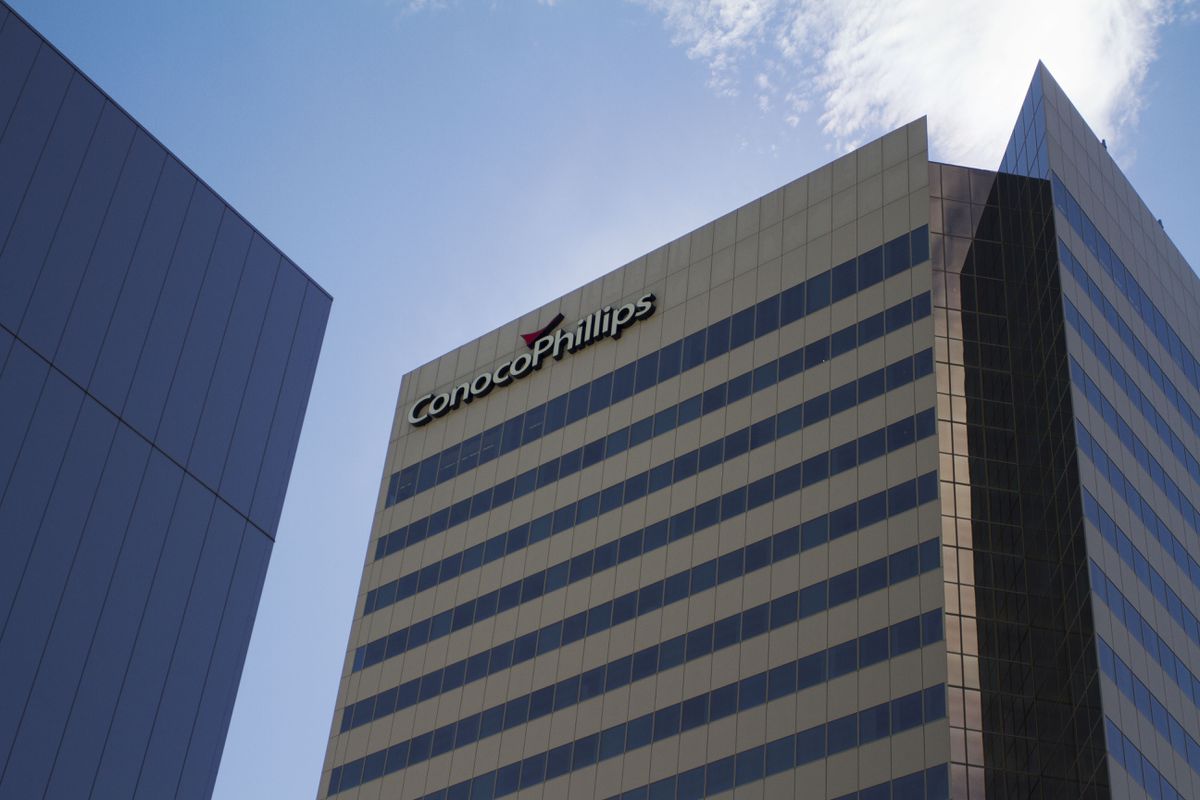 ConocoPhillips Alaska is suing a former employee and four other people, including an officer with the Anchorage Police Department, alleging they were part of a scheme that created fake contracting firms and submitted fraudulent invoices to steal millions of dollars from the oil company.

The oil company says it suffered $7.3 million in damages, according to the complaint filed in U.S. District Court in Anchorage on Thursday. ConocoPhillips paid the submitted invoices over a period of several months this year, starting in April, according to the suit.

Anchorage resident Forrest Wright, a former senior drilling and wells planner with ConocoPhillips, worked with a woman described as his wife, Amanda Wright, to defraud the company, the complaint alleges. The couple formed a company under Nevada law in July that purchased at least 17 houses in that state for more than $4 million, using the embezzled money, according to the complaint. Wright resigned from ConocoPhillips “with short notice” on Dec. 5, the suit says.

They also conspired with Anchorage police officer Nathan Keays and a woman the complaint says is believed to be his wife, Kelly Keays, who used some of the cash to buy condominium units in the Anchorage area, the civil complaint asserts.

Keays, with the Anchorage Police Department since 2005 and a member of the K-9 unit, was placed on paid administrative leave on Thursday, “due to his involvement in a federal investigation and pending internal investigation,” according to APD spokesman MJ Thim.

“At this time, APD has no reason to believe this investigation involves officer Keays’ official duties with APD,” an emailed statement from Thim said.

Thim said he did not know when the department learned of the allegations.

The police department directed additional questions to the FBI.

“I can confirm the FBI is investigating this matter, but won’t be able to provide any additional information at this time,” said Steven Forrest, an FBI agent.

In a separate filing in the case, also Thursday, ConocoPhillips said the FBI interviewed Wright on Thursday. The oil company asks the case to advance quickly, so Wright and the others don’t take steps to hide any “ill-gotten gains" from the law.

The complaint also names David Benefield, believed to be a Fairbanks resident and Amanda Wright’s father, as a defendant. It also names the companies that carried out the alleged scheme, including DB Oilfield Support Services, listed under state records as owned by Benefield, though in fact it does not exist as a legal entity, the complaint says.

Reached Friday, Kelly Keays said she and her husband are not commenting at this time. A woman who answered Benefield’s phone said he had no comment. The Wrights could not immediately be reached on Friday.

“The scheme extended over many months and many separate invoices, and there are likely ongoing plans to continue the scheme, through more fake companies and fraudulent invoices,” the complaint says.

ConocoPhillips is spending heavily in Alaska as it seeks to develop its big Willow discovery and explore for new finds. It reported $1.2 billion in capital expenses the first nine months of the year.

Forrest Wright, as a senior drilling and wells planner for ConocoPhillips, was authorized to propose suppliers to become “approved vendors” for the company, the complaint asserts. He could request materials and services for purchase.

Eco Edge is owned and managed by the Keayses, the complaint says. The company is listed under state records as a home insulation contractor created in 2015.

Wright arranged for the companies to submit bids for services and materials to ConocoPhillips, such as for pipes, pipe racks, and pipe inspections at more than $2,000 daily. Through “fraud and misrepresentation,” Wright convinced others at ConocoPhillips to approve payment.

Wright and his conspirators knew the materials did not exist and the services would never be provided, the complaint asserts.

“Employees of the Alaska Railroad state that they never had heard of Eco Edge or encountered any individuals performing the services that Eco Edge was supposed to be providing,” the complaint asserts.

ConocoPhillips spokeswoman Natalie Lowman said she was limited in what she could disclose because the case is ongoing.

“ConocoPhillips Alaska has cooperated and will continue to cooperate with law enforcement as the matter is investigated and prosecuted,” she said.

Keays was recognized by the police department in 2014 for his work with police dog “M.P.” Keays was patrolling with the 7-year-old Belgian Malinois when he saw two men with duffel bags. The men dropped the bags and fled. Keays gave chase, eventually arresting the two men for burglary.