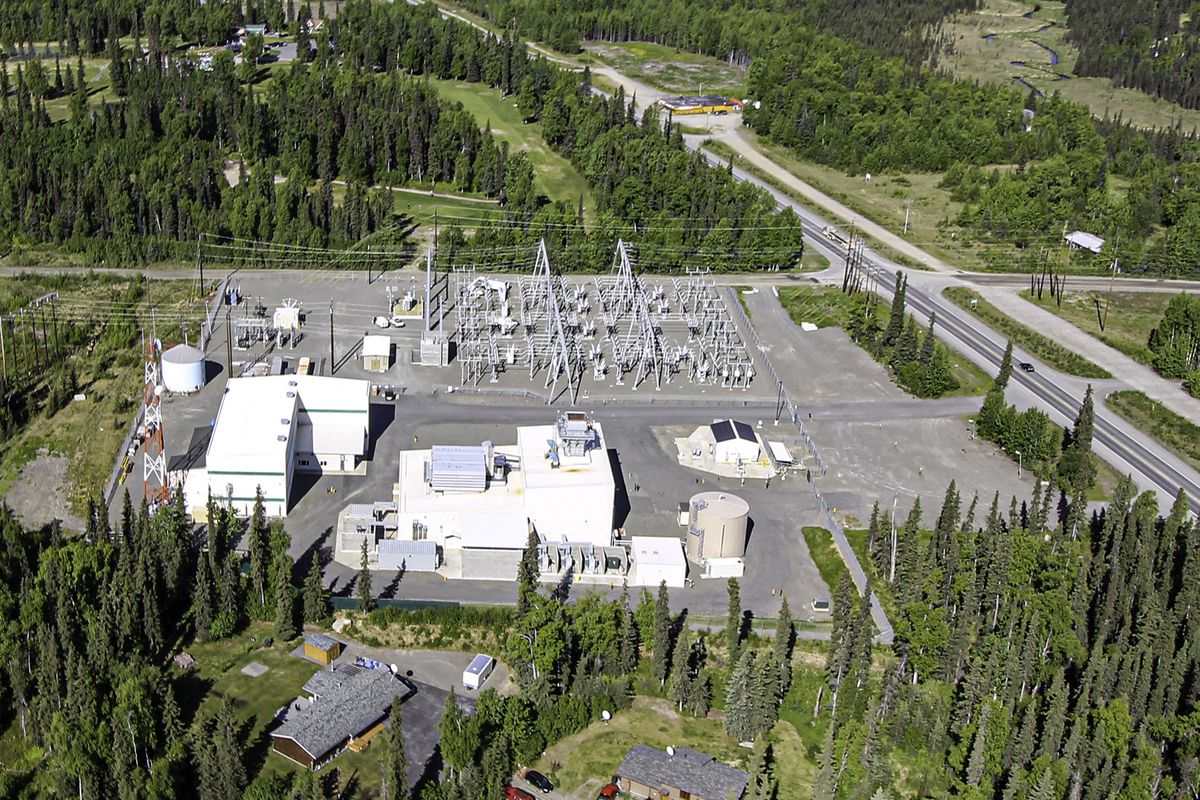 Homer Electric Association announced the contract with California-based Tesla this month. The Kenai Peninsula cooperative said it will use the company’s industrial batteries, which can quickly release stored power into grids.

The batteries will be installed at the utility’s power plant in Soldotna, in what’s known as a battery energy storage system, or BESS. They should begin operating in fall 2021.

The battery system’s power can be delivered to the grid at a rate of 46.5 megawatts an hour. The system can operate at that rate for two hours before it must be recharged, said Brad Janorschke, the utility’s general manager.

“At night, there are times when that battery could serve all our members for up to two hours,” Janorschke said.

The battery system will increase the utility’s ability to provide power without disruptions, said Janorschke.

The utility gets most of its power from plants on the Kenai Peninsula, including renewable energy from the Bradley Lake Hydroelectric Project. But power from Anchorage provides a critical backup to prevent blackouts if a local power plant temporarily goes down, he said.

That link is broken for a total of about one month per year, on average, usually for maintenance of power lines.

The battery system will be another backup source of energy, but it will be available year-round, he said. Its power can be put into the grid more quickly and efficiently than power from a gas-fired turbine.

It can be recharged when the utility is producing power at its most efficient levels.

“It will save significant dollars in fuel every year,” he said. “As gas prices escalate those savings will keep going up.”

Janorschke said the utility is not yet disclosing the cost of the battery system. The utility plans to pay for the system using debt financing and financial reserves. Debt financing often involves entities issuing bonds to raise money from investors.

Homer Electric’s batteries will employ new technology that will allow the utility to more effectively incorporate renewable power, such as from wind or solar, he said. The new technology also allows for more frequent use of the batteries.

“Ours operates 50 to 80 times a year, typically,” Bishop said of the Fairbanks system. “Theirs will be able to operate perhaps daily.”

Tesla’s media department did not return an email seeking comment.