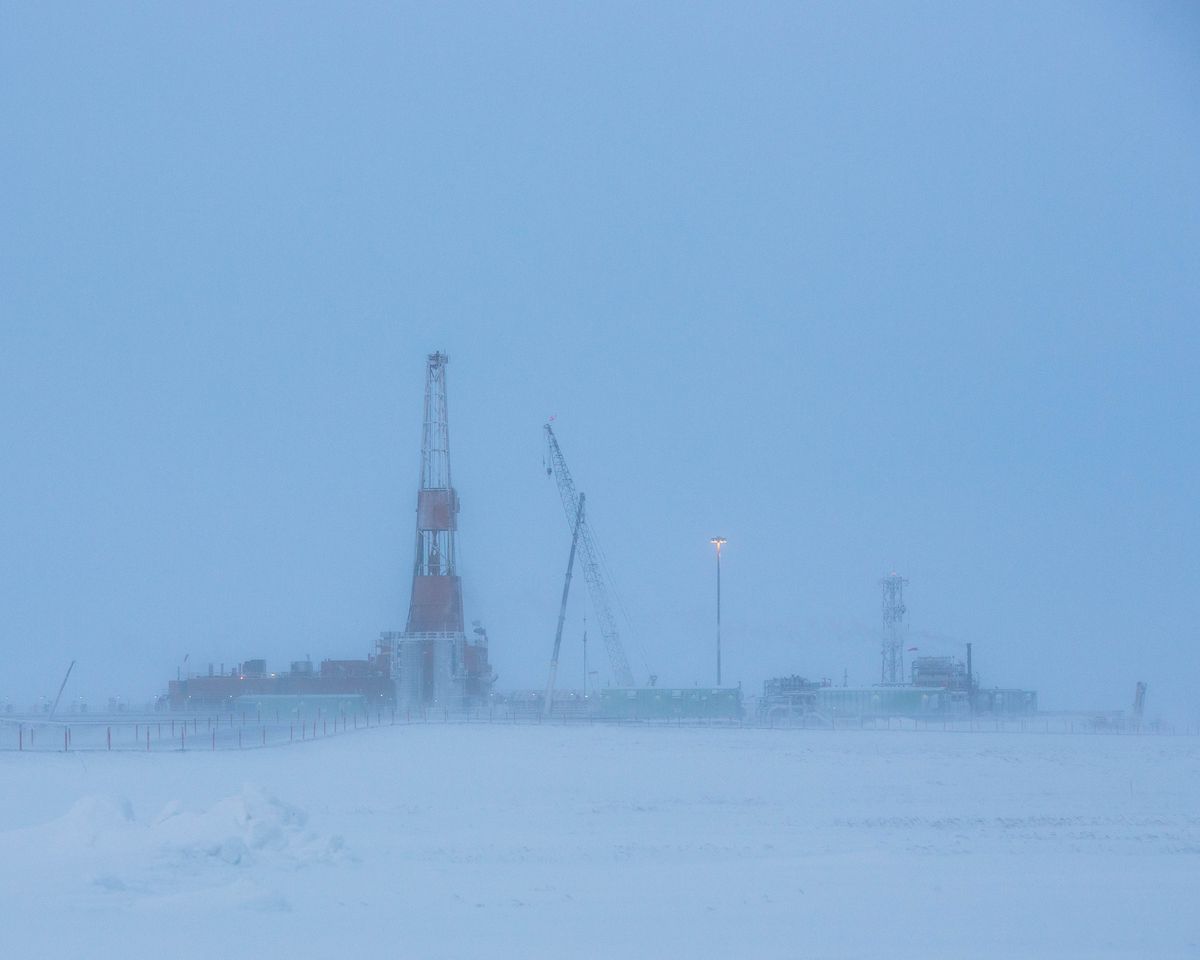 Doyon Drill Rig 19 at ConocoPhillips' CD5 drill pad on Tuesday, Feb. 9, 2016. CD5 was the first drill site on Native-owned land within the boundaries of the National Petroleum Reserve-Alaska. (Loren Holmes/ADN)

Doyon Drill Rig 19 at ConocoPhillips' CD5 drill pad on Tuesday, Feb. 9, 2016. CD5 was the first drill site on Native-owned land within the boundaries of the National Petroleum Reserve-Alaska. (Loren Holmes/ADN)

A federal judge on Thursday ruled against an Alaska tribal government and conservation groups that challenged the federal review process for ConocoPhillips’ winter oil exploration season last year in the National Petroleum Reserve-Alaska.

Anchorage U.S. District Court Judge Sharon Gleason upheld the federal government’s 2018 environmental assessment and decision that allowed ConocoPhillips to drill in the 23-million-acre reserve. The oil company is pursuing significant projects near the village of Nuiqsut, a North Slope community of about 400 on the reserve’s northeastern edge.

The tribal government of Nuiqsut and five conservation groups, including the Alaska Wilderness League and the Sierra Club, sued the Bureau of Land Management last February, after ConocoPhillips’ winter exploration season had begun on the North Slope.

The lawsuit could have required the federal government to conduct a more rigorous review for future oil exploration in the reserve.

[As Alaska warms, one village’s fight over oil development and the future]

Gleason said in her 73-page decision that the agency had met its obligation in the environmental assessment, including considering other alternative plans before the drilling program was allowed to proceed.

The plan authorized ConocoPhillips to conduct exploration drilling and testing at up to eight well sites, and build temporary housing and about 100 miles of ice roads and snow trails.

BLM and the oil company could not immediately be reached for comment on Friday.

Earthjustice filed the lawsuit on behalf of the village and other groups.

“We are reviewing the decision, and don’t have additional comment at this time," said Jeremy Lieb, attorney with Earthjustice Alaska.