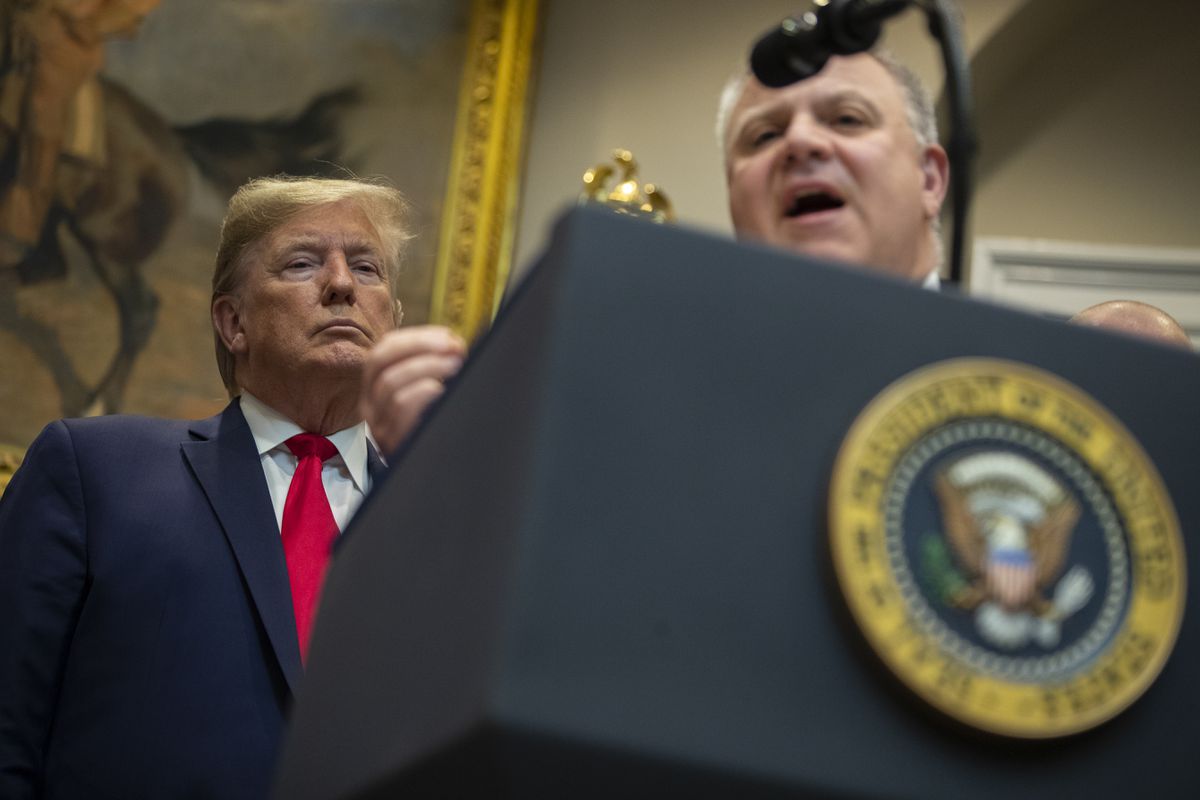 WASHINGTON - Opening Alaska’s Arctic National Wildlife Refuge to oil and gas development is one of the Trump administration’s top energy policy goals - one it vowed to complete before the end of 2019.

So why hasn’t the administration yet leased a single acre of the refuge for drilling?

In an interview last week, Interior Secretary David Bernhardt explained his department has not yet finalized its “record of decision” to lease off portions of the refuge’s 1.6 million acre coastal plain because he wants to guarantee its plan is one that can withstand courtroom scrutiny.

The Trump administration finds itself caught between trying to make its leasing plan legally ironclad while still completing the controversial lease sale before the next presidential election. The 2017 budget law that opened drilling in the refuge requires the federal government to conduct two lease sales of 400,000 acres each by the end of 2024, at the latest.

Bernhardt’s latest comments are a change of tone from last year, when the Interior secretary vowed a speedy environmental review and lease sale within the massive wilderness refuge, which at 19.3 million acres is roughly the size of South Carolina.

“We’re starting this process very, very soon,” he said at a breakfast meeting with oil executives from Alaska last March, according to ArcticToday.

His deputy formerly in charge of land and mineral management, Joe Balash, was even more adamant two months later. “That lease sale will happen in 2019,” he told an oil industry conference in Anchorage in May, according to Reuters.

So now Bernhardt, himself an attorney, wants to avoid a similar legal quandary in the Arctic refuge.

But the administration is up against a clock to hold an auction. Oil executives and Republicans in Congress want the lease sales to happen before a Democrat has a chance to regain the White House and mothball the plan indefinitely.

Interior decision to take its time in issuing the final "record of decision" will "automatically push back when he can hold an auction," said Niel Lawrence, a senior attorney at the Natural Resources Defense Council.

Already some green groups are preparing to challenge in court what they see as a flawed plan to drill in the home to caribou, wolves and migratory birds.

Nicole Whittington-Evans, Alaska program director at the Defenders of Wildlife, said her group "found just enormous gaps" in Interior assessment of the environmental impact that leasing would have on the refuge.

"We will certainly be analyzing and considering all of our options, including litigation," she added.

For example, Trump officials decided to restrict the analysis of its environmental impact statement, which was filed in September, to only the leasing stage of development. David Hayes, the former Interior deputy secretary under both Bill Clinton and Barack Obama, noted the 2017 law directs the department to conduct a program that covers “the leasing, development, production and transportation.”

In that same environmental impact statement, the administration claims its plan would only damage 2,000 acres of the refuge.

“It’s fairly ludicrous that you can open up the entire area to drilling and only disturb 2,000 acres,” Hayes added.