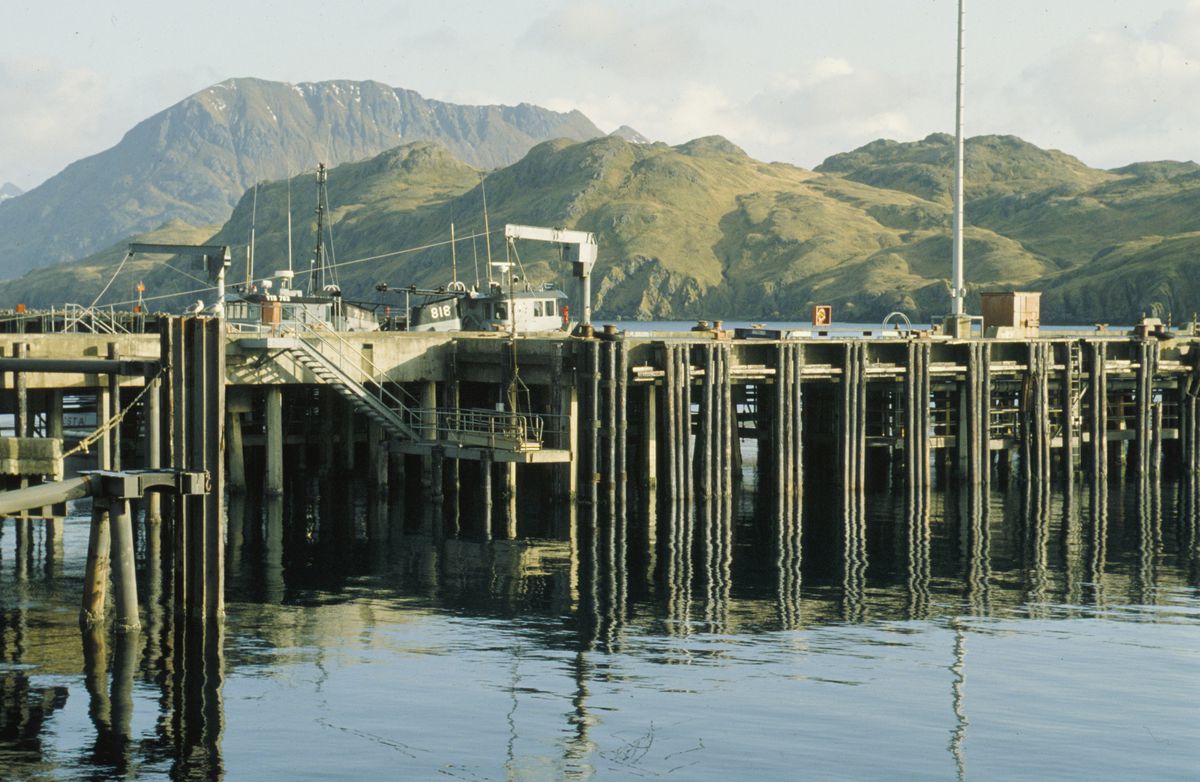 Docks built for the Adak Naval Air Facility get little use today but are ready for whatever business comes to Adak. (Anne Raup / ADN archive 2003)

Docks built for the Adak Naval Air Facility get little use today but are ready for whatever business comes to Adak. (Anne Raup / ADN archive 2003)

Alaska Gov. Mike Dunleavy has asked the U.S. Department of Energy to consider expanding the nation’s emergency stash of crude oil by adding a storage site at the former military base on Adak Island.

On Oct. 31, the governor sent a letter addressed to former Energy Secretary Rick Perry, encouraging him to consider the idea. The letter was obtained through a routine public records request for the governor’s correspondence.

In the letter, the governor argues that an oil stockpile in the nation’s westernmost community — some 1,200 miles from Anchorage in the Aleutian Chain — could reduce the risk of supply disruptions for America’s Asian allies and West Coast markets.

A former employee with Shell in Alaska who is championing the idea says the proposal could create jobs for Alaskans, in addition to opportunities for the companies that develop and manage the site.

Supporters also argue it would also diversify the locations of the U.S. Strategic Petroleum Reserve, 635 million barrels of oil held in four underground salt caverns in Louisiana and Texas.

The reserve, enough to meet the national demand for oil for a month, can be released by presidential order. Donald Trump did so in September when drones attacked Saudi Arabian oil installations, temporarily hurting global production and causing oil prices to spike.

David Ott, who was the logistics and infrastructure manager for Shell in Alaska when it was pursuing offshore Arctic drilling five years ago, said he’s been working on the Adak idea with the governor’s economic development team. He’s also pitched it to the Energy Department.

In the October letter to Perry, Dunleavy pointed out that the Energy Department’s Office of Strategic Petroleum Reserves is studying locations for future storage sites, creating an “excellent opportunity” to consider sites in the western U.S., the governor wrote.

With “geopolitical instability” in the Middle East and trade tensions with China, among other challenges, “the energy security of both our West Coast and our strategic partners in the Pacific Rim is increasingly uncertain,” Dunleavy wrote.

“The proposed Adak project would cut maritime delivery times to the West Coast and to our strategic Asian partners from weeks to days,” the governor wrote.

Ott estimates that for starters, 100 tanks storing 100 million barrels of oil, could be installed at the former Adak Naval Air Facility. The facility closed in 1997.

Other fuels can also be cached there, such as liquefied natural gas, an idea supported by former Trump Interior Secretary Ryan Zinke.

[From 2018: US looks to circumvent environmental opposition by using military sites, including Adak, for coal and gas exports]

Ott pegs the project’s cost at $2.5 billion. He said the figure includes upgrades to former military facilities at Adak, including the port and the airport.

The Energy Department would lease the facilities as a long-term anchor tenant. The Aleut Corp., the regional Native corporation for the region, owns the old base.

Ott said he has lined up potential investors but declined to name them. Ideally, he’d benefit financially as a consultant, if the deal advances, he said.

Mead Treadwell, a former Alaska lieutenant governor and investor in Arctic projects, said he is not involved in the proposal but knows about it.

It would upgrade infrastructure in the region as sea ice melts and Arctic shipping grows, he said. Treadwell is spearheading a proposal to ship liquefied natural gas from Alaska’s North Slope to Asia.

“The idea is intriguing,” Treadwell said. “Alaska should be looking for more revenue ideas to pay for the western ports we need in the newly accessible Arctic Ocean."

Oil tankers from Adak could reach Tokyo or Seattle in about five days, said Ott, a retired U.S. Navy captain and aviator.

“I never served at Adak but I always realized its strategic importance," he said.

When he was with Shell, Ott said he promoted the idea of basing the company’s Arctic Ocean drilling program at Adak. He said the company supported the idea. But Shell abandoned the U.S. region in 2015, leaving the state.

The Energy Department has not taken any action on the idea as far as the state knows, said Matthew Fagnani with the governor’s economic development team.

“(But) we are very hopeful that they will see the value in the strategic location of Adak for the nation,” he said in an emailed statement. “We look forward to continuing the conversation with Energy Secretary (Dan) Brouillette and his staff.”

The Energy Department said in an emailed statement on Tuesday that officials at the agency are aware of the idea.

“The decision on any new SPR sites lies with Congress,” the statement said.

The agency’s website says storing oil in above-ground tanks runs about $16.50 a barrel, five times more than in salt domes.

Ott said the Energy Department would have no upfront costs under his idea, changing that calculation.

Staff for Sen. Lisa Murkowski, who chairs the Senate Energy and Natural Resources Committee, are looking into the idea, said Grace Jang, the committee’s communications director. But due to the impeachment proceedings, Murkowski’s staff has not had a chance to brief her on the issue, Jang said.

Mike Anderson, a spokesman with Sen. Dan Sullivan’s office, said Sullivan has been briefed on the idea but also has not had time to discuss the idea due to the impeachment proceedings.

Officials with the city of Adak, population 300, said they support ideas to grow their economy and take advantage of the military facilities. The facilities once supported more than 6,000 military personnel.

Talk of building a prison on the island also never bore fruit.

The city’s economic engine is a fish processing plant.

Adak has plenty of flat land for fuel storage, Lockett said. But getting federal environmental approvals could be difficult, he said.

“We are always looking for economic development and we aren’t going to dismiss any idea without some analysis," Lockett said.

Trekking into the storm-battered, golden beauty of Adak Island