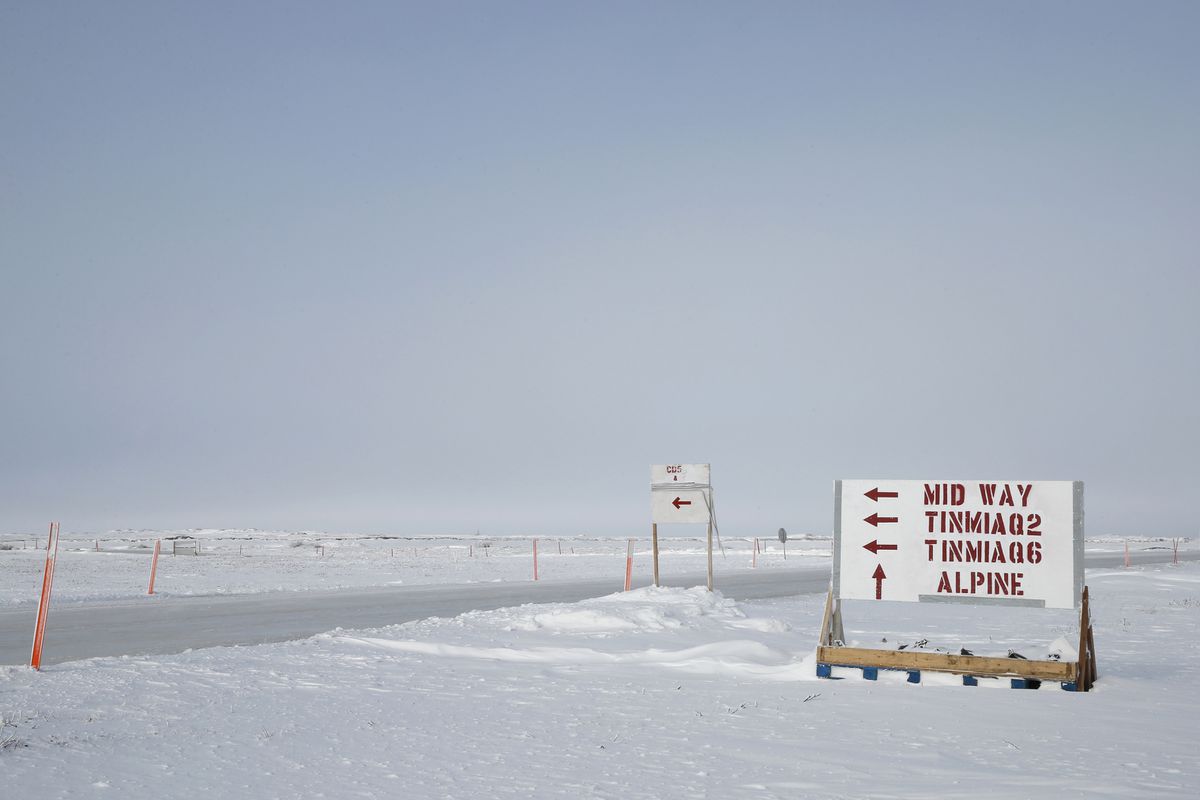 A sign on the North Slope points the way to the two wells that are part of the ConocoPhillips Willow discovery in the National Petroleum Reserve-Alaska. (Judy Patrick / ConocoPhillips)

A sign on the North Slope points the way to the two wells that are part of the ConocoPhillips Willow discovery in the National Petroleum Reserve-Alaska. (Judy Patrick / ConocoPhillips)

ConocoPhillips has abandoned its plan to build a temporary island as a staging area for its oil discovery project on Alaska’s North Slope, an official said.

The oil company has instead proposed to rely more heavily on ice roads to move infrastructure to its remote Willow site. Alaska’s Energy Desk reported.

The change came in response to criticism from North Slope residents and groups opposed to the construction of the island, including the Arctic village of Nuiqsut, said Connor Dunn, Conoco development manager for the Willow project.

"We wanted to take those concerns seriously and took the opportunity to try and find a way to get the support of the community for a different option to bring these modules to the North Slope," Dunn said.

[ConocoPhillips prepares to deploy ‘The Beast’ on the North Slope]

Over the past 15 years, the company has changed plans for bridge construction and power generation in response to feedback from indigenous people and other local groups.

The Willow prospect is in the National Petroleum Reserve in Alaska and would be the North Slope's westernmost oil field if it is built.

Willow could produce more than 100,000 barrels of oil a day, Conoco said.

The U.S. Bureau of Land Management is conducting an environmental analysis of the proposed project. The agency announced last month that it has pushed back its final decision.

“This is very indicative of how public comments can help shape best decisions,” said Lesli Ellis-Wouters, a bureau spokeswoman in Alaska.