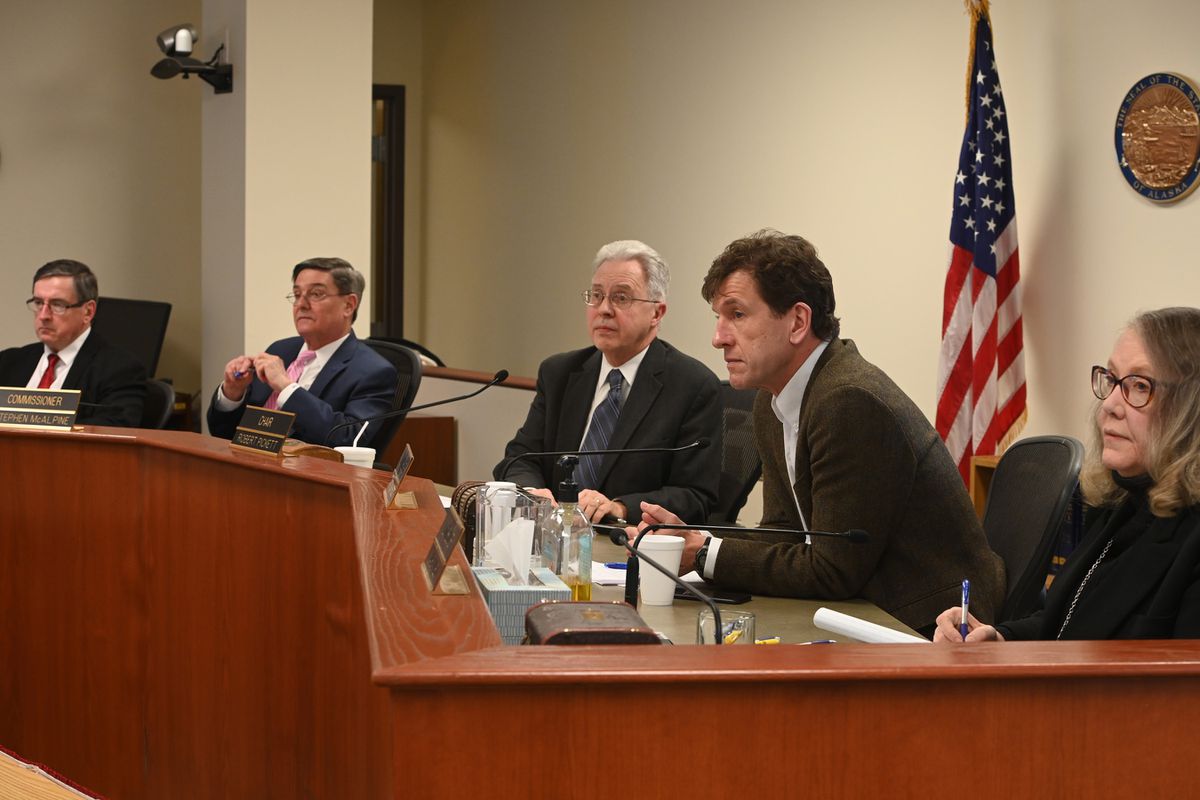 With a deadline looming, a state regulatory agency said Tuesday that it needs more time to decide on Hilcorp’s request to keep its financial records out of the public eye. The agency is also asking for more specifics on how releasing Hilcorp’s finances could hurt the private oil company.

Hilcorp’s push to keep its finances private is a central question in the biggest oil field deal in Alaska in years.

The Regulatory Commission of Alaska said it would push off the decision for a second month, until March 12, after extensive public comment on the $5.6 billion sale of BP’s Alaska assets to the smaller, privately owned company. The deal was announced in August, and the companies have said they hope to finalize it this spring.

The state agency is overseeing the portion of the deal involving the transfer of BP’s stake in the 800-mile trans-Alaska pipeline and related pipelines, which are vital to the state economy.

The agency said it needs more information from the oil companies to decide whether public disclosure of Hilcorp’s recent years of financial information would put the company at a competitive disadvantage, as the companies have argued.

The company also must show that the specific harm it would suffer outweighs the public interest.

Skeptics of the deal have argued that Hilcorp has not proven its case and should publicly disclose its financial information. They argue that would help promote public confidence that the company, a fraction of BP’s size, has the financial muscle to clean up a potentially costly oil spill and maintain the North Slope’s aging facilities.

The agency order on Tuesday did grant a request from the companies to keep the sales contract governing the deal confidential.

The agency said the companies had justified the need to keep the specific terms private. It said no entity had requested public disclosure of the sales agreement.

“The competitive harm in disclosure is due to the negotiated nature of these agreements in a climate where multiple entities seek to acquire and relinquish oil and gas assets under the most favorable terms available,” the agency said.

Phil Wight, an analyst working for the Alaska Public Interest Research Group, said Tuesday he’s generally heartened to see the commission prudently weighing the details of an enormous deal that would make Hilcorp the leading owner of the trans-Alaska pipeline, with a larger stake than ConocoPhillips and Exxon Mobil.

In a recent letter to the state agency, Hilcorp and BP have asserted that requiring public disclosure of Hilcorp’s financial documents could limit the pool of companies that are willing to invest in Alaska pipelines.

It would send a message that “only publicly-traded companies need apply," referring to companies traded on stock exchanges that must regularly release financial information, they argued in a Feb. 7 filing.

“Such a result could eventually lead to early shut-down of pipelines if no public company parties can be found to take over those pipelines,” the oil companies said.

“The state of Alaska must be open to all kinds of investment sources and cannot afford to effectively exclude privately owned companies, especially when in this case the private company is fully complying and providing all requested confidential information to the appropriate agencies,” they said.